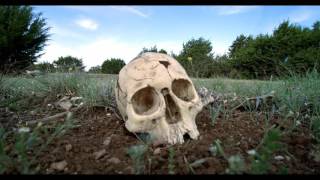 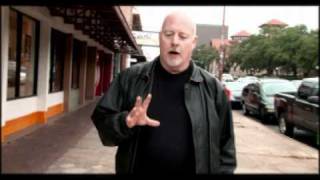 A lifelong journalist, Ron Franscell is the bestselling author of 17 books. He is now working on his next true crime.

A lifelong journalist, Ron Franscell is the bestselling author of 17 books. He is now working on his next true crime.

MORGUE: A LIFE IN DEATH (St. Martin's Press) was co-authored with acclaimed medical examiner Dr. Vincent Di Maio. It explores Di Maio's life and a dozen of his most historic, infamous, and heartbreaking cases.

And THE DARKEST NIGHT (also titled FALL in a 2007 hardcover) continues to be a bestselling true crime. This intensely personal nonfiction about a monstrous crime that touched his life as a child has been hailed by authors such as Ann Rule and Vincent Bugliosi, as well as critics, as a direct literary descendant of Truman Capote's "In Cold Blood."

But Ron's books aren't confined to true-crime. THE SOURTOE COCKTAIL CLUB is the true story of an extraordinary -- if slightly macabre -- road trip with his teenage son to the Yukon in search of a mummified human toe .. and a father's reassurance that he hasn't become irrelevant to his son.

His CRIME BUFF'S GUIDE books are quirky travel guides that take true-crime and history-trippers to some 400 outlaw- and crime-related sites all over the USA. Editions include Los Angeles, Texas, Colorado, Arizona, New Mexico, Pennsylvania, Wyoming, Washington DC, and Maryland.

His debut novel, ANGEL FIRE, was published by Laughing Owl in 1998, and reprinted by Berkley (Penguin/Putnam) in 2000. His popular mystery, THE DEADLINE, was re-published in 2014 by WildBlue Press, followed by a sequel, THE OBITUARY. His book reviews and essays are regularly published in many of America's biggest and best newspapers, such as the Washington Post, Chicago Sun-Times, San Francisco Chronicle, Denver Post, San Jose Mercury-News, St. Louis Post-Dispatch, Milwaukee Journal-Sentinel and others.

DELIVERED FROM EVIL (2011) explores the entangled lives of mass-murderers and their victims, tracing the lives of 10 ordinary people who survived some of America's worst massacres. Auspiciously, it debuted on the day a deranged young gunman killed six and wounded 13 at a Tucson supermarket in one of the most shocking crimes of our day. ...more

The Resurrection of Elmer McCurdy

Elmer McCurdy was a two-bit outlaw, a wannabe desperado who overshot the Wild West and landed in the 20th century. Nobody knew his name, and nobody in the Oklahoma Territory cared much. In 1911, Elmer was 31 years old, usually drunk, and flat broke when he decided to hold up a train. His booty: $46…

The post The Resurrection of Elmer McCurdy appeared first on Ron Franscell.

“Some journeys take you farther from where you come from, but closer to where you belong.”
― Ron Franscell, The Sourtoe Cocktail Club: The Yukon Odyssey of a Father and Son in Search of a Mummified Human Toe ... and Everything Else
tags: belonging, growth, home, journey-of-life, life-and-living, maturity, roads, roads-less-traveled
14 likes
Like

“Are there girls in this movie?'

'Sure. There are always girls in movies. There aren't any movies without girls.”
― Ron Franscell, Angel Fire
0 likes
Like

“Some journeys take you farther from where you come from, but closer to where you belong.”
― Ron Franscell, The Sourtoe Cocktail Club: The Yukon Odyssey of a Father and Son in Search of a Mummified Human Toe ... and Everything Else
tags: belonging, growth, home, journey-of-life, life-and-living, maturity, roads, roads-less-traveled
14 likes
Like

Jessica Simon
author of
From Ice ...