,
Discover new books on Goodreads
See if your friends have read any of Catherine Nixey's books 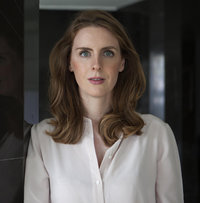 Genre
History, Nonfiction
edit data
Catherine Nixey is a journalist and a classicist. Her mother was a nun, her father was a monk, and she was brought up Catholic. She studied classics at Cambridge and taught the subject for several years before becoming a journalist on the arts desk at the Times (UK), where she still works. The Darkening Age, winner of a Royal Society of Literature Jerwood Award, is her first book. She lives in London.

“One day in March AD 415, Hypatia set out from her home to go for her daily ride through the city. Suddenly, she found her way blocked by a “multitude of believers in God.”32 They ordered her to get down from her chariot. Knowing what had recently happened to her friend Orestes, she must have realized as she climbed down that her situation was a serious one. She cannot possibly have realized quite how serious. As soon as she stood on the street, the parabalani, under the guidance of a Church magistrate called Peter—“a perfect believer in all respects in Jesus Christ”33—surged round and seized “the pagan woman.” They then dragged Alexandria’s greatest living mathematician through the streets to a church. Once inside, they ripped the clothes from her body and, using broken pieces of pottery as blades, flayed her skin from her flesh. Some say that, while she still gasped for breath, they gouged out her eyes. Once she was dead, they tore her body into pieces and threw what was left of the “luminous child of reason” onto a pyre and burned her.34”
― Catherine Nixey, The Darkening Age: The Christian Destruction of the Classical World
10 likes
Like

What should our July non-fiction read be?

5 votes 11.9%
Until We Are Free: My Fight for Human Rights in Iran by Shirin Ebadi
5 votes 11.9%
Spook: Science Tackles the Afterlife by Mary Roach
5 votes 11.9%
The Darkening Age: The Christian Destruction of the Classical World by Catherine Nixey
4 votes 9.5%
42 total votes
1 comment
Sign in to vote »
More...

Is this you? Let us know. If not, help out and invite Catherine to Goodreads.