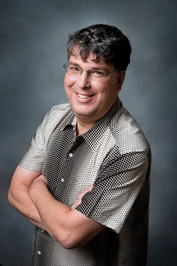 Born
in Sherbrooke, Canada
Website
http://nadeaubarlow.com
Twitter
NadeauBarlow
Genre
Nonfiction, History
Member Since
December 2011
URL
https://www.goodreads.com/nadeaubarlow
edit data
Author, journalist and conference speaker, Jean-Benoît Nadeau has published seven books, over 900 magazine articles, won over 40 awards in journalism and literature, and given more than 80 lectures on language, culture and writing. His books include Sixty Million Frenchmen Can’t Be Wrong, The Story of French and The Story of Spanish, which he co-authored with his wife, Julie Barlow. He currently resides in Paris, France, with his wife and their twin daughters.

· 5,626 ratings · 708 reviews · 20 distinct works • Similar authors
More books by Jean-Benoît Nadeau…
Quotes by Jean-Benoît Nadeau  (?)
Quotes are added by the Goodreads community and are not verified by Goodreads. (Learn more)
“But the past was never erased, probably because there’s just too much of it. Everything in France is built on layers of other things that existed before. The present in France is only a compromise between the past and the present.”
― Jean-Benoît Nadeau, Sixty Million Frenchmen Can't be Wrong: What Makes the French So French?
1 likes
Like

“France has and will have political and economic problems like any other country. But it works. What makes it work is the harmony between the spirit of the French and the structures they have given themselves, structures that are genuinely theirs.”
― Jean-Benoît Nadeau, Sixty Million Frenchmen Can't Be Wrong
1 likes
Like

“The mixture of a solidly established Romance aristocracy with the Old English grassroots produced a new language, a “French of England,” which came to be known as Anglo-Norman. It was perfectly intelligible to the speakers of other langues d’oïl and also gave French its first anglicisms, words such as bateau (boat) and the four points of the compass, nord, sud, est and ouest. The most famous Romance chanson de geste, the Song of Roland, was written in Anglo-Norman. The first verse shows how “French” this language was: Carles li reis, nostre emperere magnes, set anz tuz pleins ad estéd en Espaigne, Tresqu’en la mer cunquist la tere altaigne… King Charles, our great emperor, stayed in Spain a full seven years: and he conquered the high lands up to the sea… Francophones are probably not aware of how much England contributed to the development of French. England’s court was an important production centre for Romance literature, and most of the early legends of King Arthur were written in Anglo-Norman. Robert Wace, who came from the Channel Island of Jersey, first evoked the mythical Round Table in his Roman de Brut, written in French in 1155. An Englishman, William Caxton, even produced the first “vocabulary” of French and English (a precursor of the dictionary) in 1480. But for four centuries after William seized the English crown, the exchange between Old English and Romance was pretty much the other way around—from Romance to English. Linguists dispute whether a quarter or a half of the basic English vocabulary comes from French. Part of the argument has to do with the fact that some borrowings are referred to as Latinates, a term that tends to obscure the fact that they actually come from French (as we explain later, the English worked hard to push away or hide the influence of French). Words such as charge, council, court, debt, judge, justice, merchant and parliament are straight borrowings from eleventh-century Romance, often with no modification in spelling. In her book Honni soit qui mal y pense, Henriette Walter points out that the historical developments of French and English are so closely related that anglophone students find it easier to read Old French than francophones do. The reason is simple: Words such as acointance, chalenge, plege, estriver, remaindre and esquier disappeared from the French vocabulary but remained in English as acquaintance, challenge, pledge, strive, remain and squire—with their original meanings. The word bacon, which francophones today decry as an English import, is an old Frankish term that took root in English. Words that people think are totally English, such as foreign, pedigree, budget, proud and view, are actually Romance terms pronounced with an English accent: forain, pied-de-grue (crane’s foot—a symbol used in genealogical trees to mark a line of succession), bougette (purse), prud (valiant) and vëue. Like all other Romance vernaculars, Anglo-Norman evolved quickly.

English became the expression of a profound brand of nationalism long before French did. As early as the thirteenth century, the English were struggling to define their nation in opposition to the French, a phenomenon that is no doubt the root of the peculiar mixture of attraction and repulsion most anglophones feel towards the French today, whether they admit it or not. When Norman kings tried to add their French territory to England and unify their kingdom under the English Crown, the French of course resisted. The situation led to the first, lesser-known Hundred Years War (1159–1299). This long quarrel forced the Anglo-Norman aristocracy to take sides. Those who chose England got closer to the local grassroots, setting the Anglo-Norman aristocracy on the road to assimilation into English.”
― Jean-Benoît Nadeau, The Story of French
1 likes
Like