Cecily Wolfe's Blog: The Start of Something New

Are you a Cliff Walk Courtships/Cliff Walk Cousins reader? Check out my post on my Cecily K. Wolfe Goodreads profile about the newest addition to the Cliff Walk saga, the final book in the series, Trust in Love.

You can now read Beautiful Fool, my contemporary new adult retelling of The Great Gatsby, on Radish! The first seven episodes are available today: https://radish.app.link/f5Z1uZLNoqb

Fiercely independent Jordan Baker won't live by any man's terms, but her troubled friendship with spoiled Daisy, cemented by a destructive adolescent promise, may be a greater threat to her own privileged life than any romantic intimacy.

In this contemporary retelling of The Great Gatsby with a hint of The Picture of Dorian Gray, a rich young woman haunted by insecurity and jealousy wrestles with the prospect of using a dark secret to destroy her best friend's life.

Will her efforts to discredit the perfect girl backfire and ruin her own chance at love?
Like  •  0 comments  •  flag

American Girls is only $2.99 from @Barnesandnoble for a limited time: https://bit.ly/3ljQVCs

Perfect for fans of Jodi Picoult and Joshilyn Jackson.

When Victoria returns to her childhood home for her twin sister's wedding after decades of a strained relationship with her family, she recalls the devastating trauma of the high school romance that tore her family apart.

As a pretty, popular high school sophomore, Victoria discards boys as easily as she finds them, unlike her bookish and brilliant twin.

When the senior football captain with a reputation of his own develops an interest in her sister, Victoria becomes wary. She'll do anything to protect her twin, no matter what the cost.

Told as a flashback years later as Victoria wrestles with disastrous adult relationships and her sister's impending marriage, secrets kept for decades bait an emotional minefield. Will painful memories destroy their chance to reunite, or is it too late?

Written by two sisters, incorporating real adolescent memories with fictional details, American Girls looks at the best and worst of growing up girls in the 1980s Midwest and the devastating power secrets can wield over the closest of relationships.
1 like · Like  •  0 comments  •  flag

Our sweet small town romance series, Cherish Creek, is now available on Radish! Nearly 100 episodes are queued up (three releases a week) to keep you reading through the end of the year!

Download the Radish app & start with Season One, Faithfully Yours 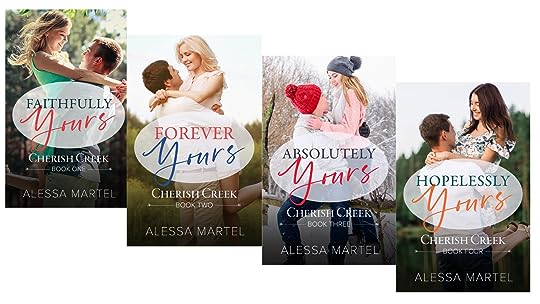 Have you read That Night? Do you wonder what happened to Kayla's little sister, Mia? Readers requested a sequel focusing on her, and I still get emails/messages about Mia's struggle with grief, depression, and eating disorders.

If you loved That Night, don't miss Love Always, Mia. 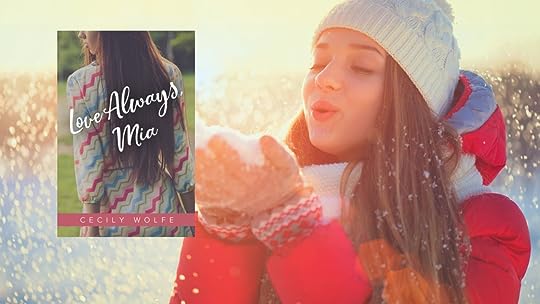 I can't believe it's been over two years since American Girls released - I've been thinking about the story lately, about the process through which my sister and I wrote it together, and how the audiobook narrator, Sharmila Devar, brought this tale to life so meaningfully.

If you're looking for women's fiction about sisterhood and enjoy Joshilyn Jackson and Jodi Picoult, please have a look at American Girls. Some of it is based in truth - our true story - and the rest is fiction.

We'll let you decide which is which. 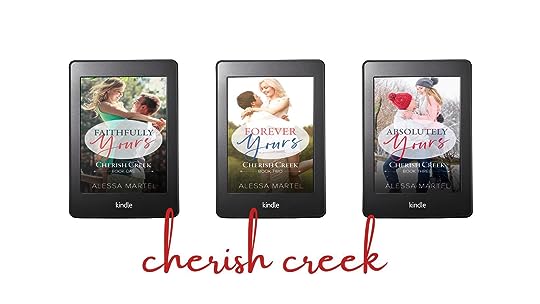 My youngest daughter and I love writing these together, and are at work on another series to follow later this year. These are all in Kindle Unlimited.

Many thanks to Melissa Williams Design for these gorgeous covers and the super quick turnaround to get the series back out to readers.

(reposted from my Cecily K. Wolfe account - please click over and follow me there for updates if you are Cliff Walk Courtships/Cliff Walk Cousins fans! Thank you!) 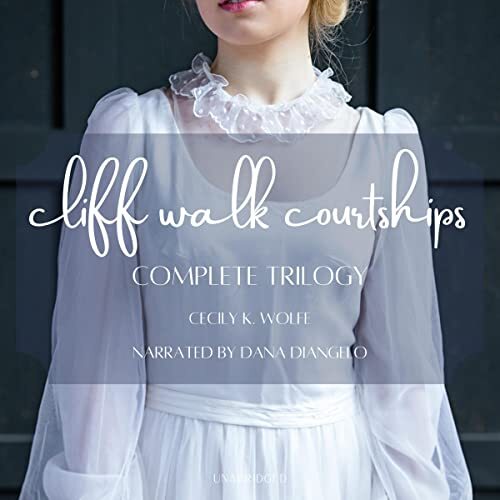 Really excited that Until There Was You (co-written with my daughter) has been nominated for a Swoony Award.

We'd love for you to vote for it (it's FREE in Kindle Unlimited) here on Goodreads, or fill out the Google form to nominate. Thank you so much for your support - we can't wait to share our next sweet, small town romance, Just the Two of Us, with you on New Year's Eve!

or fill out the Google nomination form: https://linktr.ee/swoonyawards 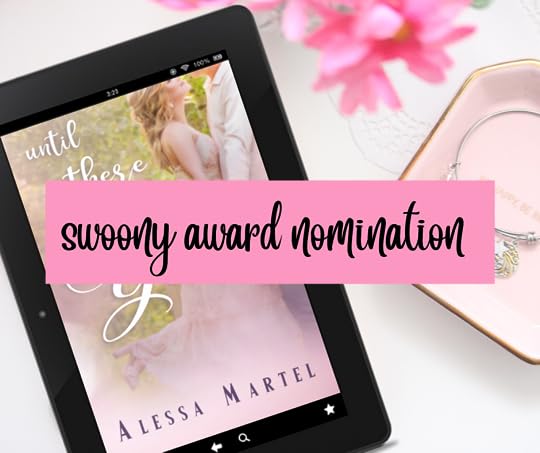 For those of you who read my Christian historical romance (published as Cecily K. Wolfe), book two in my Cliff Walk Cousins series, Abide in Love, released today (make sure you follow my Cecily K. Wolfe account here on Goodreads for updates!). 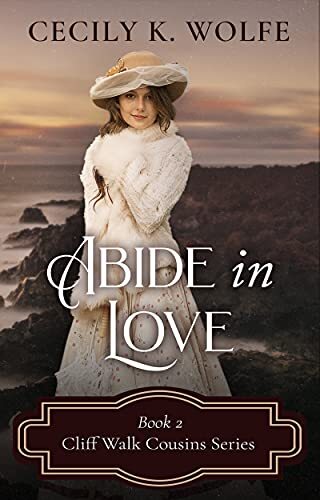 Will a devoted friend from her past capture an outgoing Christian girl's heart before a false love leads her into temptation?

Eight years ago, Ruby Travers met a sweet, smiling boy as they traveled across the Atlantic on a luxury ocean liner with their families. Countless letters have passed between them, and Matthew is certain he is in love with the vivacious, beautiful girl he spent days with on that boat long ago.

When Matthew finally returns from Europe intent on meeting her again, will Ruby's affection be dangerously engaged when he reveals his true feelings?
3 likes · Like  •  0 comments  •  flag

The Start of Something New

Yes, my daughter is watching High School Musical and due to a lack of imaginative ideas for a title, there we have it.