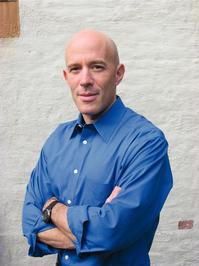 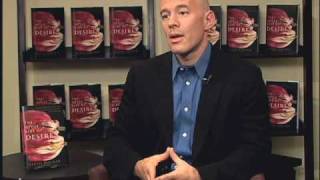 Website
http://www.harpercollins.com/danielbergner
Genre
Nonfiction
edit data
Daniel Bergner is a staff writer for the New York Times Magazine and the author of two previous books of nonfiction, IN THE LAND OF MAGIC SOLDIERS: A STORY OF WHITE AND BLACK IN WEST AFRICA, a Los Angeles Times Best Book of the Year, and GOD OF THE RODEO: THE QUEST FOR REDEMPTION IN LOUISIANA’S ANGOLA PRISON, a New York Times Notable Book of the Year.

· 4,993 ratings · 710 reviews · 13 distinct works • Similar authors
More books by Daniel Bergner…
Quotes by Daniel Bergner  (?)
Quotes are added by the Goodreads community and are not verified by Goodreads. (Learn more)
“The antidote to color, to all the crap going through the minds of the people behind that casting table, is to sing so well that people go, Oh shit. You have to overcome the visual. You have to make the visual irrelevant. You have to overcome aurally. I knocked it out of the park in certain roles, and people suddenly thought, Where’s this guy been? Well, I’ve been right here, incognegro.”
― Daniel Bergner, Sing for Your Life: A Story of Race, Music, and Family
2 likes
Like

“Men are animals. On matters of eros, we accept this as a kind of psychological axiom. Men are tamed by society, kept, for the most part, between boundaries, yet the subduing isn’t so complete as to hide their natural state, which announces itself in endless ways—through pornography, through promiscuity, through the infinity of gazes directed at infinite passing bodies of desire—and which is affirmed by countless lessons of popular science: that men’s minds are easily commandeered by the lower, less advanced neural regions of the brain; that men are programmed by evolutionary forces to be pitched inescapably into lust by the sight of certain physical qualities or proportions, like the .7 waist-to-hip ratio in women that seems to inflame heterosexual males all over the globe, from America to Guinea-Bissau; that men are mandated, again by the dictates of evolution, to increase the odds that their genes will survive in perpetuity and hence that they are compelled to spread their seed, to crave as many .7’s as possible. But”
― Daniel Bergner, What Do Women Want? Adventures in the Science of Female Desire
1 likes
Like

“Laura stands, in another photograph, wearing a two-piece gown, bodice and skirt, from centuries ago. The scarlet material is trimmed in gold brocade. From her waist the skirt billows outward, broad as a spinnaker, and grazes the floor in a huge circle. It fastens in front by a series of cobalt buttons, and she is about to start closing it, but for the moment it gapes open: a vertical window, eight or ten inches wide, runs from her waist to the floor. The gold brocade lines the opening like a ceremonial decoration, a veneration of what lies within. But nothing lies within. Inside the vast regal tent of the garment is darkness. Because of the lighting and pose, Laura’s body seems to end at the belly, to have no stumps at all. The opening exposes a pure emptiness. It is unclear how she is standing, what keeps her upright. The cavern beneath the skirt is illumined just enough to suggest that she isn’t wearing her prosthetics. She stands on no legs, suspended, magical. And that magic, along with her strong jawline turned in profile, endows her with omnipotence. The cavern is at once a universe and a womb. The vertical opening is a vaginal slit, and to slip through it, to slide the body inside the scarlet walls of the tent, to wait inside while she fastens the skirt and encloses you, swallows you, would be to live out the primal fantasy of entering the vagina not only with the penis but with everything from the skull to the toes: to be ensconced, to be consumed. The photograph’s viewer, not its subject, is at risk of disintegrating, coming apart, deliquescing in the lightless world he has longed for, turning to liquid in the womb. Laura, with her half-body, will remain more than intact, more than whole.”
― Daniel Bergner, The Other Side of Desire: Four Journeys into the Far Realms of Lust and Longing
1 likes
Like

Is this you? Let us know. If not, help out and invite Daniel to Goodreads.