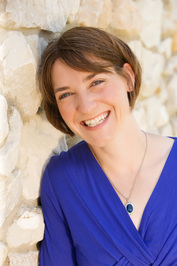 On Friday, January 14, 2011 in Times Square in New York, Alastair Galpin and Don Purdon shared a really long handshake. Brothers Rohit and Santosh Timilsina were there shaking hands, too, attempting to set the new world record for longest handshake recorded by the Guinness Book of World Records. The two pairs decided after thirty-three hours and three minutes that they would all four share the rec

I am troubled by the central political conflict, because this takes place in a futuristic human society that is entirely reliant on technology, but is controlled by a leadership that refuses to let anyone learn about technology. Instead the leaders preach a sort of blind reliance on religion. I get that this is a solid basis for conflict, with echoes of human history, but I just couldn't find it plausible that a technology-driven human society could actually have any success, or accomplish the things they do (including a good bit of genetic engineering) without human intervention, let alone that they could do so for many generations.

I think a far more reasonable conflict would have been the suppression of knowledge within certain classes, which I think could have worked well with the story without losing any of the things that are so wonderful about it. I'd also have liked to know more about the Helionic religion, as I think that could also have lent more believability to the conflict.

But the first person narrator, Nemesis, is a stroke of genius because she is a "person" who considers herself nonhuman, while all the time coaxing the reader into sympathizing with her in the course of her very human predicaments that evoke very human emotions. So well done!

While not perfect, this was a really wonderful read that was hard to put down. I definitely look forward to reading the follow-up. ...more "

“No man has the right to dictate what other men should perceive, create or produce, but all should be encouraged to reveal themselves, their perceptions and emotions, and to build confidence in the creative spirit.”
― Ansel Adams
tags: art, confidence, emotion, expression, freedom, perception, self-expression
568 likes

“You must write for yourself, above all. That is your only hope of creating something beautiful.”
― Gustave Flaubert
tags: on-writing, self-expression
134 likes