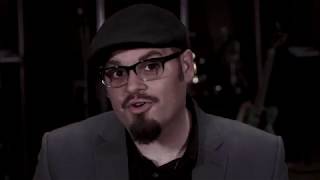 You can check out his blog posts, podcasts, debate, and other writings at www.cantus-firmus.com. Cody Cook is a theology grad student living in Cincinnati, Ohio. He has written on subjects ranging from the atonement to the history of skepticism, to the relationship between spiritual and political power, to the afterlife, to ecclesiology.

You can check out his blog posts, podcasts, debate, and other writings at www.cantus-firmus.com. ...more

The Old Gods Strike Back!

In the 2017 film Wonder Woman, Diana, the Amazon daughter of Zeus, is pulled into the world of men during the first World War. While the U.S. pilot she becomes romantically entangled with sees the great war as nothing more than human politics as usual, Diana suspects Ares, the Greek god of war, as the animating force behind the scenes.

Cody is currently reading
The Emergence of Sin: The Cosmic Tyrant in Romans
by Matthew Croasmun
bookshelves: currently-reading

Cody is currently reading
The Great Athanasius: An Introduction to His Life and Work
by John R. Tyson
bookshelves: currently-reading

“Those sentimental radio hits, with their artificial naivete and empty crudities, are the pitiful remains and the maximum that people will tolerate by way of mental effort; it's a ghastly desolation and impoverishmment. By contrast, we can be very glad when something affects us deeply, and regard the accompanying pains as an enrichment.”
― Dietrich Bonhoeffer, Letters and Papers from Prison
11 likes

“Radical skepticism is no more critical than is credulity.”
― Craig A. Evans, Fabricating Jesus: How Modern Scholars Distort the Gospels
3 likes

“...Jesus did not advocate non-violence merely as a technique for outwitting the enemy, but as a just means of opposing the enemy in such a way as to hold open the possibility of the enemy's becoming just as well. Both sides must win. We are summoned to pray for our enemies' transformation, and to respond to ill-treatment with a love that not only is godly but also, I am convinced, can only be found in God.”
― Walter Wink, Jesus and Nonviolence: A Third Way
26 likes

“Wherever the early Christians entered a town the power structure got disturbed and immediately sought to convict them for being 'disturbers of the peace' and 'outside agitators.' But they went on with the conviction that they were a 'colony of heaven' and had to obey God rather than man. They were small in number but big in commitment. They were too God-intoxicated to be 'astronomically intimidated.' They brought an end to such ancient evils as infanticide and gladiatorial contest. Things are different now. The contemporary Church is so often a weak, ineffectual voice with an uncertain sound. It is so often the archsupporter of the status quo. Far from being disturbed by the presence of the Church, the power structure of the average community is consoled by the Church’s silent and often vocal sanction of things as they are.”
― Martin Luther King Jr., Letter from the Birmingham Jail
35 likes