,
Discover new books on Goodreads
See if your friends have read any of Anne Easter Smith's books 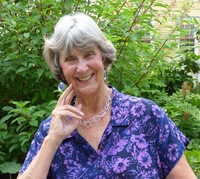 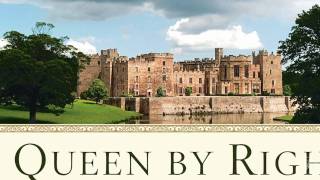 ....to the US/Canada release of The Lost King! 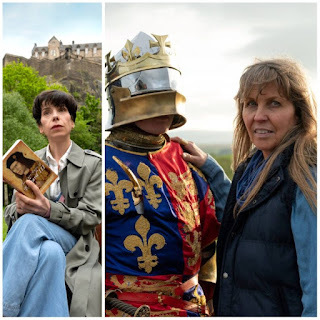 The Stephen Frears directed film about the extraordinary story of finding Richard III’s bones under a car park in Leicester will be released in US on March 24th. What serendipity for me as I am now able to announce the publication of the Second Edition of This

Anne is currently reading
A Tip for the Hangman
by Allison Epstein (Goodreads Author)
bookshelves: currently-reading

More of Anne's books…
Quotes by Anne Easter Smith  (?)
Quotes are added by the Goodreads community and are not verified by Goodreads. (Learn more)
“She dropped it in her lap, picked up a cup and proceeded to consume the entire contents of a jug of wine.”
― Anne Easter Smith, A Rose for the Crown
0 likes
Like

“pulse raced, and she found her”
― Anne Easter Smith, Daughter of York
0 likes
Like

Which book would you like to read for our January 15 - February 15 European Royalty group read?

“If history were taught in the form of stories, it would never be forgotten.”
― Rudyard Kipling, The Collected Works
tags: history, storytelling
529 likes
Like

Thanks so much for your lovely compliments, RuthAnn, I am truly touched you chose to express your thoughts like this. It is always important for a writer to get feedback from readers (of course nice feedback is better to get than negative!), and I find it inspires me to keep writing. I am glad you found Sharon's book on Richard and Edward--it has been the gold standard for those of us passionate about Richard for about 20 years now! I love this period of history, and my fourth book is coming along and will tell Cecily Neville's story (Richard's mother, not the Cecily in King's Grace). I am going to be interested to see how Philippa Gregory's new book on Elizabeth Woodville will affect those of us who have been writing about the Wars of the Roses -- at first I was p-o'ed that she was poaching in my period "stick to your Tudor guns, Philippa" I cried. But my editor (same as Philippa's in US) told me it would only boost the readership of those of us who have known the period was far more interesting all this time! BTW Anya Seton is my benchmark for a great historical, and "Green Darkness" was where I got fascinated with Ightham Mote back in my 20s and was thrilled to be able to set some of Rose for the Crown there.

I have just finished The King's Grace. As always with Anne's books I am in awe. I just didn't want it to end. The detail of the travels and various scenes in the book made me feel as though I was there with Grace. The happiness and the sorrow I felt with joy and tears. I love Anne's books and will wait anxiously for the next book.

I'm currently reading The King's Grace. WOW, I love it just as I loved A Rose for The Crown and Daughter of York. Your books are the reason I love the Plantagenet era. I am a firm believer that Richard III was not the ogre that Shakespeare has made him out to be in his rendition of Richard. I’m also of the opinion that he had nothing to do with the disappearance of the sons of Edward IV. After reading A Rose for The Crown I read The Sunne in Splendour by Sharon Kay Penman and that heighten my interest in the era even further.

I’m also enjoy books on reincarnation i.e. Green Darkness, science fiction/fantasy about magic and wizards with adult themes. I loved the Study books by Maria Snyder and the Dark Queen series by Susan Caroll. Kathleen McGowen is the author of The Expected One and The Book of Love both of which I simply adore.

I keep my books on Library Thing; I'm a lifetime member there. I don't really keep up much on Goodreads so what is here is not complete.

Welcome to goodreads. I'm waaay behind on keeping my shelfs up to date. I hope you're into historical fiction -- mainly ancient -- Rome because that's one of my primary interests.