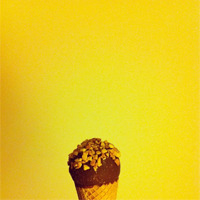 This will prevent Farah from sending you messages, friend request or from viewing your profile. They will not be notified. Comments on discussion boards from them will be hidden by default.
Sign in to Goodreads to learn more about Farah.

Farah is currently reading
The Turn of the Screw
by Henry James
bookshelves: currently-reading

“It's enough for me to be sure that you and I exist at this moment.”
― Gabriel García Márquez, One Hundred Years of Solitude
tags: existence, truth
4482 likes

“It was one of those ones they call screwball comedies, where people mislead and ill-treat each other in the most shocking and baffling way possible, then forgive and forget about it because they happen to like the look of each other. Only they call it falling in love.”
― Helen Oyeyemi, Boy, Snow, Bird
tags: fairy-tales-for-adults, love, movies
20 likes

“Dolphins, I learned from J. Worden of the Harvard Child Bereavement Study at Massachusetts General Hospital, had been observed refusing to eat after the death of a mate. Geese had been observed reacting to such a death by flying and calling, searching until they themselves became disoriented and lost.”
― Joan Didion, The Year of Magical Thinking
18 likes

“I watched wealthy men and their wives and dates dancing and playing cards and making deals: I will admire you exactly as much, no more or less, as you admire me. I will love you in the strictest moderation.”
― Helen Oyeyemi, Boy, Snow, Bird
19 likes

“A single person is missing for you, and the whole world is empty.”
― Joan Didion, The Year of Magical Thinking
2078 likes

Polls voted on by Farah