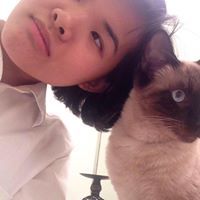 This will prevent dean from sending you messages, friend request or from viewing your profile. They will not be notified. Comments on discussion boards from them will be hidden by default.
Sign in to Goodreads to learn more about dean.

“January. It was all things. And it was one thing, like a solid door. Its cold sealed the city in a gray capsule. January was moments, and January was a year. January rained the moments down, and froze them in her memory: [...]Every human action seemed to yield a magic. January was a two-faced month, jangling like jester's bells, crackling like snow crust, pure as any beginning, grim as an old man, mysteriously familiar yet unknown, like a word one can almost but not quite define.”
― Patricia Highsmith, The Price of Salt
87 likes

“I have lost control over everything, even the places in my head.”
― Paula Hawkins, The Girl on the Train
tags: control, self
308 likes

“... she had insisted on keeping the doors and windows shut, as if a sealed chamber could prevent death from entering, or life from leaving her.”
― Peter Cameron, Coral Glynn
1 likes

“Everything from the little house was in the wagon except the beds and tables and chairs. They did not need to take these, because Pa could always make new ones.”
― Laura Ingalls Wilder, Little House on the Prairie
17 likes

“It took my breath away, that evening. If you've ever dreamed that you walked into your best-loved book or film or TV program, then maybe you've got some idea how it felt: things coming alive around you, strange and new and utterly familiar at the same time; the catch in your heartbeat as you move through the rooms that had such a vivid untouchable life in your mind, as your feet actually touch the carpet, as you breathe the air; the odd, secret glow of warmth as these people you've been watching for so long, from so far away, open their circle and sweep you into it.”
― Tana French, The Likeness
28 likes

Shirley Jackson
author of: The Haunting of Hill House

Willa Cather
author of: My Ántonia

Polls voted on by dean