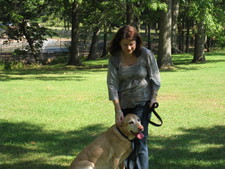 This will prevent Sera from sending you messages, friend request or from viewing your profile. They will not be notified. Comments on discussion boards from them will be hidden by default.
Sign in to Goodreads to learn more about Sera.

“Each person has a literature inside them.”
― Anna Deavere Smith
1785 likes

“Whenever my environment had failed to support or nourish me, I had clutched at books...”
― Richard Wright, Black Boy
2301 likes

“The solutions are obvious. Stop making excuses. Stop saying women run publishing. Stop justifying the lack of parity in prominent publications that have the resources to address gender inequity. Stop parroting the weak notiong that you're simply publishing the best writing, regardless. There is ample evidence of the excellence of women writers. Publish more women writers. If women aren't submitting to your publication or press, ask yourself why, deal with the answers even if those answers make you uncomfortable, and then reach out to women writers. If women don't respond to your solicitations, go find other women. Keep doing that, issue after issue after issue. Read more widely. Create more inclusive measures of excellence. Ensure that books by mean and women are being reviewed in equal numbers. Nominate more deserving women for the important awards. Deal with your resentment. Deal with your biases. Vigorously resist the urge to dismiss the gender problem. Make the effort and make the effort and make the effort until you no longer need to, until we don't need to keep having this conversation.

Dealbreakers: If You Like This Book, We Won't Get Along

Polls voted on by Sera