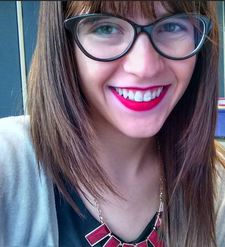 This will prevent Olivia from sending you messages, friend request or from viewing your profile. They will not be notified. Comments on discussion boards from them will be hidden by default.
Sign in to Goodreads to learn more about Olivia.

Olivia is currently reading
There but for the
by Ali Smith
bookshelves: currently-reading

See all 5 books that Olivia is reading…

“It seemed to me like all my worrying about not being a mother came down to this history - this implication that a woman is not an end in herself. She is a means to a man, who will grow up to be an end in himself, and do something in the world. While a woman is a passageway through which a man might come. I have always felt like an end in myself - doesn't everyone? - but perhaps my doubt that being an end-in-myself is enough comes from this deep lineage of women not being seen as ends, but as passageways through which a man might come. If you refuse to be a passageway, there is something wrong. You must at least try. But I don't want to be a passageway through which a man might come, then manifest himself in the world however he likes, without anyone doubting his right.”
― Sheila Heti, Motherhood
3 likes

“When I look back at my sexual history - those singular still shots and picture postcards - so little of it involves the actual physical act. Rather the before and after - the buildup to and takeaway from. It's me figuring out what I want and what I'm worth, a long line of cause and effect that started with spinning and ended in electricity.”
― Megan Stielstra, The Wrong Way to Save Your Life: Essays
0 likes

“I think I don't want to seem ordinary in Miles's eyes; I would rather not have a child than appear that way. Or maybe I can't say it because I don't want to lose face, not after saying so often that it's what I don't want. Do I want to be seen as having changed my mind, or for him to think I'm ridiculous, which he certainly would if I suddenly brought it up? Maybe I would rather leave him than say it.”
― Sheila Heti, Motherhood
0 likes

“The conversation went on for another half hour, before this man's girlfriend, who had not said much of anything until then, remarked, Being a woman, you can't just say you don't want a child. You have to have some big plan or idea of what you're going to do instead. And it better be something great. And you had better be able to tell it convincingly - before it even happens - what the arc of your life will be.”
― Sheila Heti, Motherhood
10 likes

The Feminist Orchestra Bookclub — 4652 members — last activity Jan 09, 2020 01:02PM
Discover and recommend more feminist reads here: https://www.goodreads.com/list/show/96419.The_Feminist_Orchestra_Potential_Reading_List We're also on Discover and recommend more feminist reads here: https://www.goodreads.com/list/show/96419.The_Feminist_Orchestra_Potential_Reading_List We're also on twitter: https://twitter.com/femorchestra #feministorchestra Sick of sexist comments from people online and being accused of banging my 'feminist drum' by intolerant people I have decided to start a Feminist Bookclub on Booktube. All engagement is welcome though, on youtube, on blogs and on goodreads. This is not 'my' bookclub, however, it belongs to all of us. I strongly believe feminism, which means equality of all sexes in society, not to be about the individual but about everyone and to be a group movement. Therefore, I want this bookclub to be a group. We read one book over the course of two months throughout the year. At the end of the first month there will be a pre-scheduled twitter chat on themes relating to that month's book, which will not require you to have finished the book. A video review will then be posted on Jean (bookishthoughts) or Lauren's (readsanddaydreams) channel on youtube. If you also film a youtube review/discussion or write a review/discussion of the book on your blog please share it with us all by posting it in the reviews thread. Please use #feministorchestra on twitter, instagram and elsewhere so we can all share our posts, thoughts, discussion and book reviews Gender equality is at the heart of this book club so please recognise this in your behaviour. We do not exist to convince anyone of this but to discuss the nuances and individual issues presented by the literature we read. All fantastic name credit goes to Chelsea: https://www.youtube.com/channel/UCr5ozf3OVhcWVbr_f7ONJpw ...more

Novels with Abortion as a Subject

Polls voted on by Olivia