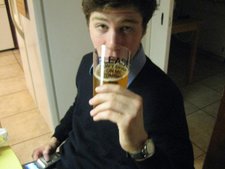 This will prevent Isaac from sending you messages, friend request or from viewing your profile. They will not be notified. Comments on discussion boards from them will be hidden by default.
Sign in to Goodreads to learn more about Isaac.

“Why did the old Persians hold the sea holy? Why did the Greeks give it a separate deity, and own brother Jove? Surely all this is not without meaning. And still deeper the meaning of that story of Narcissus, who because he could not grasp the tormenting mild image he saw in the fountain, plunged into it and was drowned. But that same image, we ourselves see in all rivers and oceans. It is the image of the ungraspable phantom of life; and this is the key to it all.”
― Herman Melville, Moby-Dick or, the Whale
tags: veridicality
25 likes

“I don’t believe one reads to escape reality. A person reads to confirm a reality he knows is there, but which he has not experienced.”
― Lawrence Durrell
tags: confirmation, reading, reality
215 likes

“If voting made any difference they wouldn't let us do it.”
― Mark Twain
tags: democracy, government
825 likes

“The only law which is really lived up to whole-heartedly and with a vengeance is the law of conformity.”
― Henry Miller
tags: the-time-of-the-assassins
1 likes

Polls voted on by Isaac