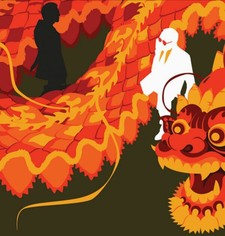 This will prevent Samuel from sending you messages, friend request or from viewing your profile. They will not be notified. Comments on discussion boards from them will be hidden by default.
Sign in to Goodreads to learn more about Samuel .

“Good reason. The trigger broke under his finger, recoil pummeling Harry’s shoulder as the thunder of a .308 reverberated through the hallway.
He saw the man’s head snap back from the impact of the round, but he was already traversing to the next target, shooting the second militant twice in the chest. Iron sights now”
― Stephen England, Lodestone
0 likes

“It was an impossible stand-off, so close together there in the darkness, barely ten feet separating them. No way for either of them to miss, Harry thought, staring through the sights of his 1911 at Massoud. The man had aged since the photo in his CIA “jacket”, far beyond his years”
― Stephen England, Lodestone
0 likes

“The Egyptian’s asset,” Ron Carter began, tapping a brief command into his laptop to bring an image up on the screen at the front of the room, “is this man. Amr Shafik. He was a member of Egypt's Freedom and Justice Party from 2012 to 2013, and was imprisoned when the military overthrew Morsi and cracked down on Muslim Brotherhood activities in the country. In prison, he made contact with extremist elements, and was drawn into the orbit of the Islamic State. It's not completely clear even at this juncture whether he did so of his own accord or at the order of the Mukhabarat.”
Egypt's intelligence service, Kranemeyer thought, looking over at Bell to see the DNI listening intently. As feared and brutal today as it had ever been in the days of Mubarak. A brutal necessity, perhaps.
Or at least that’s what they told themselves. He wondered sometimes, about cause and effect.
“What we do know is that he was re-arrested for such affiliations soon after release and it was then, if not before, that Egyptian intelligence brought him on side. And that, according to what they’ve shared with us, is where he’s been ever since. Providing intelligence on the Islamic State’s leadership in the Sinai, particularly Umar ibn Hassan. As he’s done now, in giving us Hassan’s location for noonday tomorrow, local time.”
― Stephen England, Quicksand

“Not their time, not now—the death angel passing over once more. Close enough to feel the air rush beneath its wings. Time to move. He slung the FN-FAL over his back, tucking the suppressed 1911 under his jacket as he rose from behind the vehicle. “Back my play.”
― Stephen England, Lodestone
0 likes

“Got you,” he heard someone murmur, looking over to see one of his team members—Nate Carson, a former Air Force pararescue jumper or “PJ”, as they were known—aim his index finger at the frozen image on the laptop screen, pantomiming getting off a shot.
And so they had, or at least were as close to it as they had been in months, the big man thought as he laid down the yearbook, pushing his way past Carson as he made his way to the door of the tent. Their best intelligence on Hassan's location since their abortive raid in late March, having come through just the previous day. And now all they awaited was the all-clear from Washington. For the politicians to make up their mind, as ever.
The desert heat of the Sinai struck him full in the face as he stepped through the flap. Dry, choking heat—impressive even by the standards of east Texas, where he'd spent the majority of his childhood, before leaving home at the age of 18 to join the Corps.
Seemed like he'd been spending his life in the desert ever since, as the Marines—and now the Agency—sent him to one desolate waste after another.
North Camp was located some twenty kilometers south of the Mediterranean and not far from the border with Israel—a six hundred plus-acre compound that served as a forward operating base for the Multinational Force & Observers, the international peacekeeping force based in the Sinai ever since the Camp David Accords of '78.
And now, for their team—through some special dispensation obtained by the Agency's seventh floor. All of it so far above his pay grade as to be beyond his concern.”
― Stephen England, Quicksand
0 likes

Langley suckers — 174 members — last activity Oct 04, 2021 09:12AM
If you love to read anything about spies, international intrigue, special ops, clandestine services, and anything about CIA, this group is for you....
More of Samuel ’s groups…

Will Jordan
author of: Redemption

Polls voted on by Samuel