so go ahead and say something random!

Mod
Twinkle twinkle little star, how I wonder where you are!!

lol, i like the new word. i also like the word 'fruitable' a fruitable is something that u cant decide if its a friut or a veggetable, like a tomato

I'm going to post a picture and the definition! 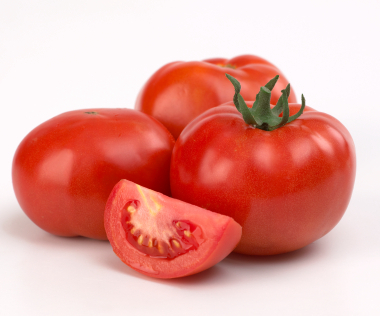 and according to Wikipedia, (www.wikipedia.com)

Botanically, a tomato is the ovary, together with its seeds, of a flowering plant: therefore it is a fruit or, more precisely, a berry. However, the tomato is not as sweet as those foodstuffs usually called fruits and, from a culinary standpoint, it is typically served as part of a salad or main course of a meal, as are vegetables, rather than at dessert in the case of most fruits. As noted above, the term vegetable has no botanical meaning and is purely a culinary term.
This argument has had legal implications in the United States. In 1887, U.S. tariff laws that imposed a duty on vegetables but not on fruits caused the tomato's status to become a matter of legal importance. The U.S. Supreme Court settled the controversy on May 10, 1893 by declaring that the tomato is a vegetable, based on the popular definition that classifies vegetables by use, that they are generally served with dinner and not dessert (Nix v. Hedden (149 U.S. 304)).[24:] The holding of the case applies only to the interpretation of the Tariff Act of March 3, 1883, and the court did not purport to reclassify the tomato for botanical or other purposes other than for paying a tax under a tariff act.
Tomatoes have been designated the state vegetable of New Jersey. Arkansas took both sides by declaring the "South Arkansas Vine Ripe Pink Tomato" to be both the state fruit and the state vegetable in the same law, citing both its culinary and botanical classifications. In 2006, the Ohio House of Representatives passed a law that would've declared the tomato to be the official state fruit, but the bill died when the Ohio Senate failed to act on it. Tomato juice has been the official beverage of Ohio since 1965. A.W. Livingston, of Reynoldsburg, Ohio, played a large part in popularizing the tomato in the late 1800s.
Due to the scientific definition of a fruit, the tomato remains a fruit when not dealing with US tariffs. Nor is it the only culinary vegetable that is a botanical fruit: eggplants, cucumbers, and squashes of all kinds (such as zucchini and pumpkins) share the same ambiguity.

YESH!! THEY AZZALUTELY AN POSITIVELY IZ!!!!! or more specifically a berry. :D

yup. I'm very picky about this subject- i don't know why.

you guys are the most random people ever...

*a tear trickles down his face* 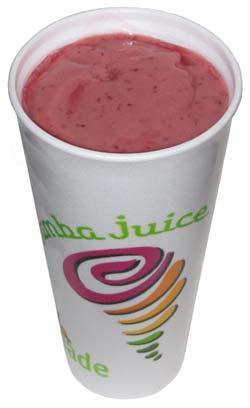 Jenn wrote: "lol, i like the new word. i also like the word 'fruitable' a fruitable is something that u cant decide if its a friut or a veggetable, like a tomato

Good idea! I was always wondering if a tomato is a fruit or vegetable! Cool words!

followed by a pic, and a lengthy (but very useful, paige, thanks...) definition of the word 'tomato'...

if u like to talk to tomatoes..if a squash can make you smile if you like to waltz with potatoes...up and down the produ-ce isle...HAVE WE GOT A SHOW FOR YOU!

the song about his lips... and the cheezburger one.... the songs were always the best part :D

Mod
Sovlatia wrote: "lol justin i used to think your picture was a pic of a weird evil high heel shoe but then i found out it was just another evil lobster. ^.^"

wow this is HECK OF RANDOM!!!

Mod
I KNOW, RIGHT! =D THAT'S THE TREASURE OF THIS GROUP!! =P

The Fellowship of the Ring (other topics)