Mod
What will you wear to the Arena?

Do you have family back home? Or anyone special?

What are you good at?

What's your relationship with your parent?

Mod
Jianna Roxin: Hunter of Artemis (Hephaestus)
What will you wear to the Arena? 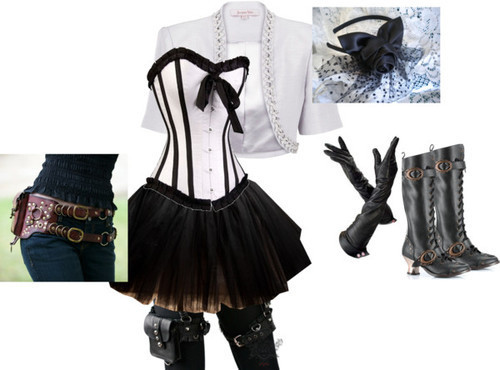 Well, I think that I'll be adding my own style to Artemis' outfit. I mean, I'll still have the cloak that shows I'm a Huntress, but if I'm going into the arena, I'll need my gloves so that I can work with things that might be in there. And, of course, if I wear the gloves, then I'll have an entire outfit that corresponds with them. 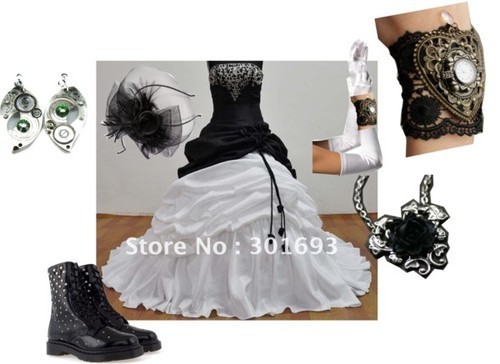 I really hate this stupid formal thing. I mean, no offense to anyone, but I prefer not to trip on my skirt, because I like wearing it. This thing is just too long. And the gloves are long too. And silky. I can't grip anything. Why do people wear this stuff?

Do you have family back home? Or anyone special?
Well, I only have my little sister, who was also born of Hephaestus. I think her powers are starting to develop. And she might even be considering the Hunters. I'm so proud of her. Yeah, she's my highlight, and I'm gonna make it through this for her, because she's pretty shy, so I need to help her when I get home. Especially since she's handicapped. No use of her legs. Oh, whoops. I don't think she would have wanted me to tell you that. Well, hopefully I can get out so that she doesn't have to come in.

What are you good at?
Making stuff, mainly. I mean, yeah, I train with Artemis and all the other girls, but gollums are my speciality. They're just so fun to make. Like little people who can get the nails from my drawer on the other side of the room so that I can concentrate on holding something in place until they come back. They're really helpful. Maybe I could make one for you sometime. They don't speak, but they can lift some pretty heavy loads for their size and, uh, being made of clay.

What's your relationship with your parent?
Hephaetus? I'd love to say that we're best buds, but he's so busy working in that volcano, I don't think he has time to spend with me. And I respect that. Although it would have been nice to have a father figure in my life.


Kent Roanoak: Poseidon
What will you wear to the Arena?

I'm thinking something loose. I just prefer clothing like that. It's really comfortable for all situations. Also, loose clothing helps me move better than that really tight or stiff stuff like armor and leather.

I might actually like this style. It's very calming, and at the same time, it's loose enough that I can still move any way I want.

Do you have family back home? Or anyone special?
Not really. My mom died a few years ago, so that tied off any connection to relatives besides my half-siblings, and there could be a lot of those. I'm even in this competition with one of them. But unrelated, there's a guy that took me under his wing when my mom died. Met him at the funeral. He's like an older brother and father in one. His name's Tony. He's a son of Demeter, if it means anything. He pretty much taught me how to control certain parts of my powers and to just be chill. He's my hero and I hope I return to him soon.
What are you good at?
Well, controlling water, 'cause of my dad, and I've been told I'm pretty flexible. Tony once told me that I must have bone control, too, because I seem to bend like a rubber band. He's afraid that I'll snap, but I don't think I can. I mean, I have my limits, they're just a lot more.... flexible than normal.

What's your relationship with your parent?
What relationship? He left my mom and didn't even say that he was sorry that he left when she died. He wasn't at the funeral, either. I think he ran away from me. I'm lucky I had Tony, 'cause otherwise I might have turned out much worse. 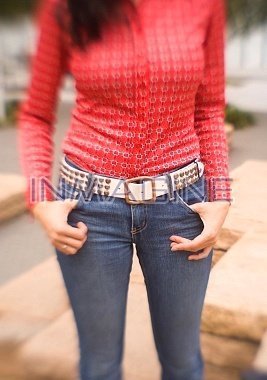 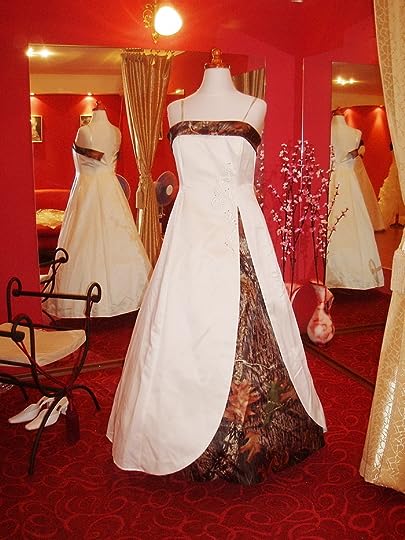 Do you have family back home? Or anyone special?
No.

What are you good at?
Hand-to-hand. I trained with a broadsword once, but I think I'd prefer two separate, lighter ones. That and camping. But that's it.

What's your relationship with your parent?
It's okay. My mom's died, so she's hopefully with him now. Along with ... his tons and tons of other wives. It's that part that disturbs me. But whatever. Who knows? Maybe we'll get to know each other better later. 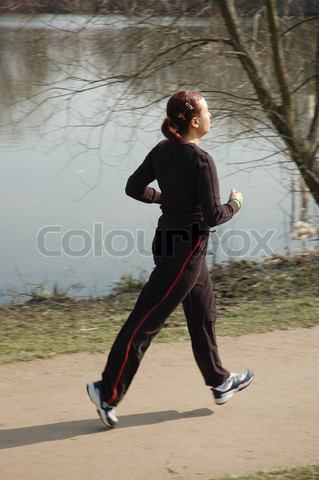 I think running shoes would be a good touch. 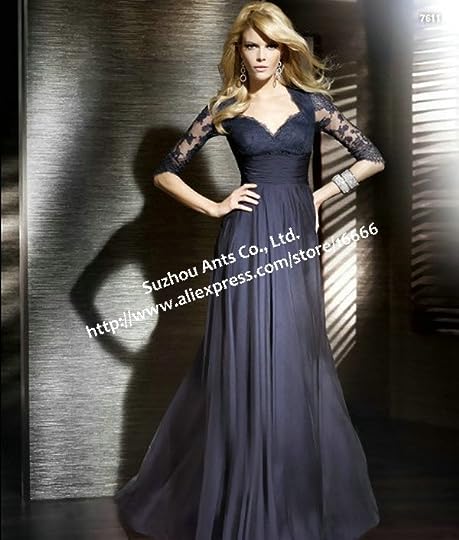 This is still way too girly for me. I’m not sure I would have wanted the gown to be this long…

Do you have family back home? Or anyone special?
Nope. My father left my mother back before I was born. She died last year but before she did, she told me all about my father who never did anything for us except betray us. That was how I learned you couldn’t trust anyone but yourself.

What are you good at?
Long knives! I love the way you swing it around-oh, right, that’s a sword. I suppose I like using swords better but I know I’m really good at knives. Enough to kill someone? Definitely.

What's your relationship with your parent?
Oh, you mean Hera? Well, I’m her champion…she favored me. I suppose I should feel proud-I am proud. But I’m going to be honest with you, I don’t like her that much. It’s like we’re always having a competition with each other. She said she chose me because I was so like her…I don’t know if that ought to be a compliment or an insult. At least she gave my life a purpose. But that’s all I’m thankful for. 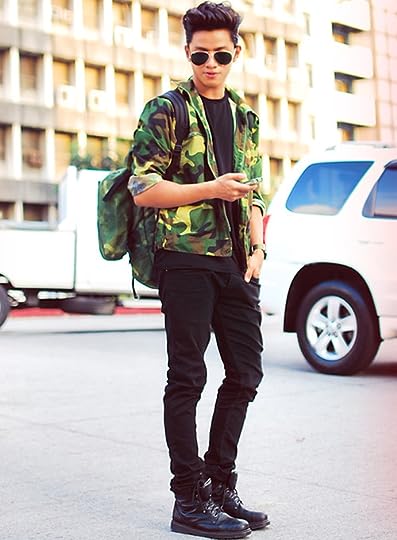 I think camo is a great choice for the arena, but if I had had the choice of a completely black outfit, I would've gone with that. I'm also going to wear some really high-tech shoes that muffle your footstep. It makes me feel special *winks*. 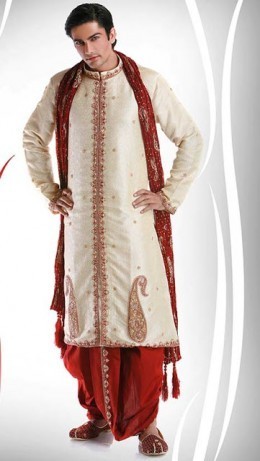 I wanted to wear something that represented my culture. I remember how my Mom used to force me to wear these types of clothes. I used to be ashamed of my culture, but now I accept it as part of who I am. The red reminds me that I'm Hestia's champion, unfortunately...

Do you have family back home? Or anyone special?
Uh... *winces* Let's not talk about this. *runs hand through hair nervously*

What are you good at?
Eh... Honestly, nothing really. I do, however, enjoy solving codes. That's what I'm good at, if anything.

What's your relationship with your parent?
Since I'm the champion of Hestia, I guess I have to be grateful for giving me a second chance at life. But I've never been in contact with her, the one time she did was when she sent me a dream about fire. So I guess you could say we don't have a very good realtionship. It's more... respectful at a distance. 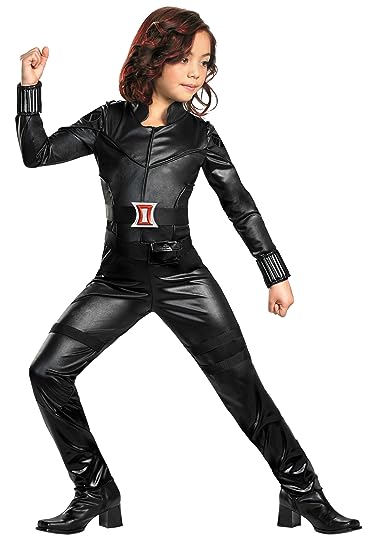 I thought that all black would help me blend in with the shadows. It's not really my style, which is really blue stuff. So I added a few touches to make it prettier...That silver bracelet? Oh, my mom gave me that before she went bonkers. It's the only present she ever gave me. Said it was my grannie's. 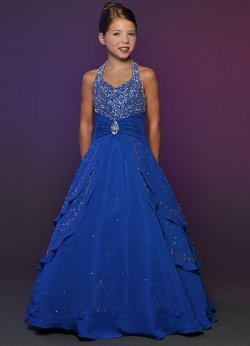 It's absolutely beautiful. I've never had anything so gorgeous, or blue *laughs*, in my entire life. I love how my dress is just so... sophisticated looking, and so flowy! *blushes*
And this jewelry! This is fantastic.

Do you have family back home? Or anyone special?
Yeah. My momma is at home, my daddy is everywhere, I guess. *shrugs*

What are you good at?
I'm really really good at karate, and throw knives, and ride a horse really well! I also can talk to water animals, they're just so cute!

What's your relationship with your parent?
We're actually really close! Since my mom didn't really take care of me, Daddy always let me come to his house and play with his other kids. I'm actually really honored he picked me and Kent to represent him, because now we can thank him for all he's done, by winning! *Grins*.

I need everything black so I can mix into the wild. The material doesn't catch light and the boots are flexible. The clothes never ruffle or start to bag at the end.

I think it portrays the dark side of me and it really suits me and I have no problem walking around in it.

Do you have family back home? Or anyone special?

Nope. Mum disappeared and I'm an only child.

What are you good at?

I have a talent for curved blades and swords. Though, it won't hurt to use the bow and arrows once in a while. I've learned Karate before and I have inherited soundless footsteps.


What's your relationship with your parent?

Who? Hades? We're getting together in a normal Father-Daughter way. I am his champion after all and we're okay with each other. It works out well.