The Legend of Zelda: Roleplay discussion

Mod
Name: Zelda
Age: Unknown
Race: Hylian
Personality: Zelda is a playful and cheerful young girl who lives in Skyloft. She is always willing to sacrifice herself for others. Her best friend is Link, and she always sticks up for him when Groose bullies him.
Appearance:

Other: She rides a blue loftwing.

Name: Quetzalxochitl (Quetzel for a nickname)
Age: 16
Race: Dragon Knight
Personality: Very mystical. She's kinda like Sheik. she appears and disappears without explanation.
Appearance: I'm working on it...but being a lazy bum.
Other: Skilled in sword fighting and is training Kanoro for a important quest.

Name: Kanoro
Age: 16
Race: Dragon Knight
Personality: Very willing to help, leader like, bold, persistent, outgoing
Appearance: Same with Quetzal.
Other: Although an apprentice to Quetzal, He can get a little cocky.

((I know they are also in Twilight Princess, but Link and Zelda will be in nearly every Roleplay due to them being the main characters, so there going to be my "main characters." They'll be in the rps I want to do.))

Name: Ghirahim
Age: 20-ish (appearance wise)
Race: Demon
Personality: A violent, sadistic psychopath who enjoys torturing others. At first, his mannerisms and speech are gentleman-like, but he gradually loses his composure and loses himself to uncontrollable rages. He uses those as excuses to sate his bloodlust. He is a merciless, malevolent being; not one to be trifled with, at least not for long, as he won't reveal what he can do to you for a long period of time. Usually.
Appearance: http://images4.wikia.nocookie.net/__c...
Other: Very skilled in swordplay and magic. He enjoys using his abilities to prolong the pain and fear of others. Torture is his specialty.

Personality:Fi's personality is rather formal; she is very intelligent and level-headed, constantly analyzing any situation and giving a calculated assessment on the odds. She also refers to Link as "Master" throughout most of the game. Initially, she is shown to be devoid of all emotion, but as the game progresses, she begins to learn more and more about the human spirit, and although she has trouble comprehending it, she is shown to greatly appreciate the new feelings that her travels with Link have given her. She is very calm about her being put into an eternal slumber, as she states she feels happiness towards the end.

Other:She is a spirit residing within the Goddess Sword, created by Hylia to guide her chosen hero come the time of his trial.

Lily is preety happy and energetic but once she's pissed, she'll hold a grudge or hunt you down till her last breath. She's afraid to kill someone unless needed.

Extra info: She's our world but is sent into Skyward Sword (for reasons unknown right now).

Name: Garra
Age: 23
Race: Sheikah
Personality: Clumsy, serious.
Appearance: wears a Blue mask on his mouth with the sheikah symbol on it, arms and legs wrapped, has skin tight white pants and a crooked Brown belt with Deku Nuts and a Sword. has no shirt.
Other: Likes to hang out on death mountain and dig out a special orre to upgrade his weapons.

Name: Ryu Darkshade
Age: 13
Race: Hylian
Personality: Jerk most of the time. But, can be fun when he wants to.
Appearance:http://cdn.backyardchickens.com/5/5d/...
Other: twisted
can't put up with stupid people
likes Saria so is kinda of a competition against Link. 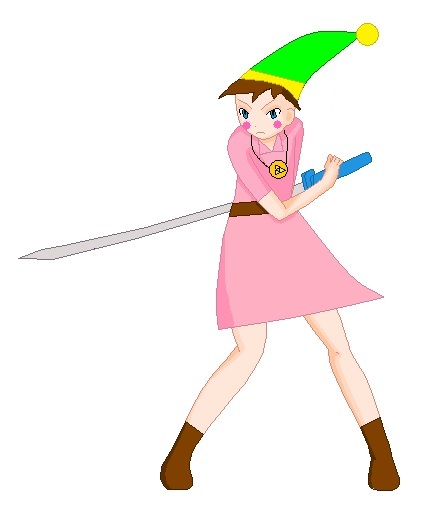 Just a quick thing. You know this is Skyward Sword and not Ocarina of Time, right? (towards EC and Build)

Yes- i am aware. Why do you say that?

Oh, Twilight! I just now noticed that I was Fi in the most recent post I made, and you had that character. Is that okay? I'm sorry!

Ghirahim- Yeah, it's fine. I guess we could all just use Fi, or if you need her for a post then go ahead.

Build- It's just different with Kirby character. It's like a mini-LInk! :3 Also the mirror world? I don't remember that. Would someone mind refreshing my memory?

Well if you want to ask questions about Mirror World, that's my kinda thing cause it is NOT Legend of Zelda related. So here's the gist of it. It's basically an alternate demention that Queztal is originally from.

Oh and if its an alternate dimension, then that's what his master knows about him (and more?, but what about Ghirahim giving Queztal his sword...?

I'm not understanding what you're asking...

'Kanoro didn't mutter anything. He didn't trust this fellow. Sure, he gave him his sword, but with the dark energy he has, Kanoro wasn't comfortable around him. Kanoro stood up and walked away.'

Page 5 about mid-way. Did Ghirahim give Kanoro his sword, because you also mentioned that he had never met Ghira...

Kanoro's sword is a special sword from Queztal. I imagined that the sword is from her demention so it has extra special powers. However, Kanoro hasn't unlocked these powers, so it's still a plain sword. Once a certain character comes along, (I'll make a profile of her soon.) The powers of the sword will be awakened. Queztal has a sword too, but it's powers are unlocked.


Does that help or not?

Name: unnamed for now.
Age: unknown
Race: Dragon
Personality: Unknown. She's clouded in mystery right now. and not cause I am lazy in creating characters.
Appearance: 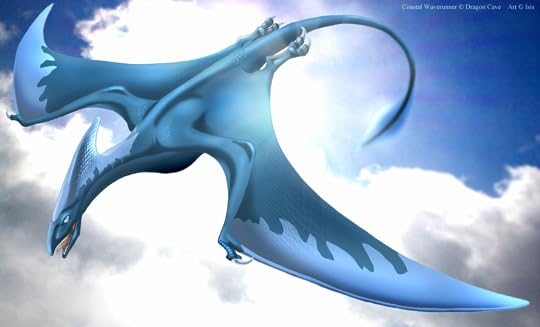 Other: in-league with Demise and part of the army.

Whoopsys, I got Queztal's and Kanoro's names mixed up. ^^; And that does help (for future things) but what do you mean by 'Sure, he gave him his sword'. Who gave Kanoro his sword?

Oh, nevermind! I figured it out as soon as I started looking at the past comments. Well I gotta go eat. Bye!

No prob. see you later!

It sounds okay to me! :) I'm just going to point out that Ghirahim isn't necessarily the brainwashing type... Maybe the character could be in-league with Demise and part of the army?

Shows how smart I am :P. Fixed it!

Name: Belle (Pronouced Bell) (No last name, or at least not yet) *And she has light blue eyes, not silver*

Background: She was created from Lily who got Ghira to use his magic to make a clone/opposite of Lily. Belle is also Link and Lily's daughter. (More info later on)

A photo of her is in my gallery.

Ghira, I was thinking she's be introduced later in the story? Sorry for posting this so late! >.< Marching band season (Outdoor guard) just ended.

Hey Twilight! That's completely fine, I understand. Marching season just ended for us too! :) And yes, that sounds okay to me! Only I'm slightly confused with the wording..."She was created from Lily who got Ghira to use his magic to make a clone/opposite of Lily." So Ghira made a clone of Lily and got Belle? But then it says that Belle is Link and Lily's daughter... Idk. Should I not worry about it? :) I hope I'm not pressuring you...that wasn't my intention.

I'll explain it in a message, just to clarify. :) And no, you're not pressuring me.

Name: Hideaki
Age: 15
Race: Dragon Knight (But he doesn't know it yet. PLOT TWIST.)
Personality: cowardly, nearly scared of anything and everything. tries to be brave, but fails a lot of the time, very shy with new folks, blind as a bat without his glasses. Also, biggest fear, dragons,
Appearance: 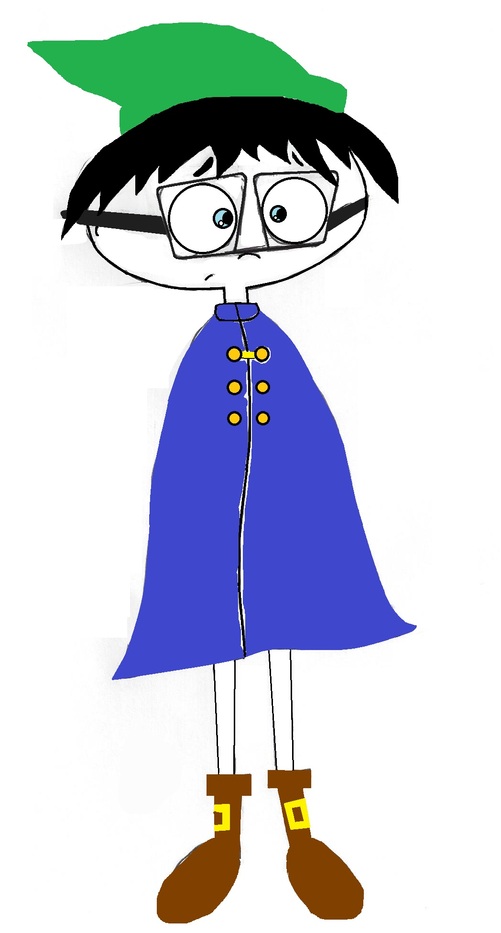 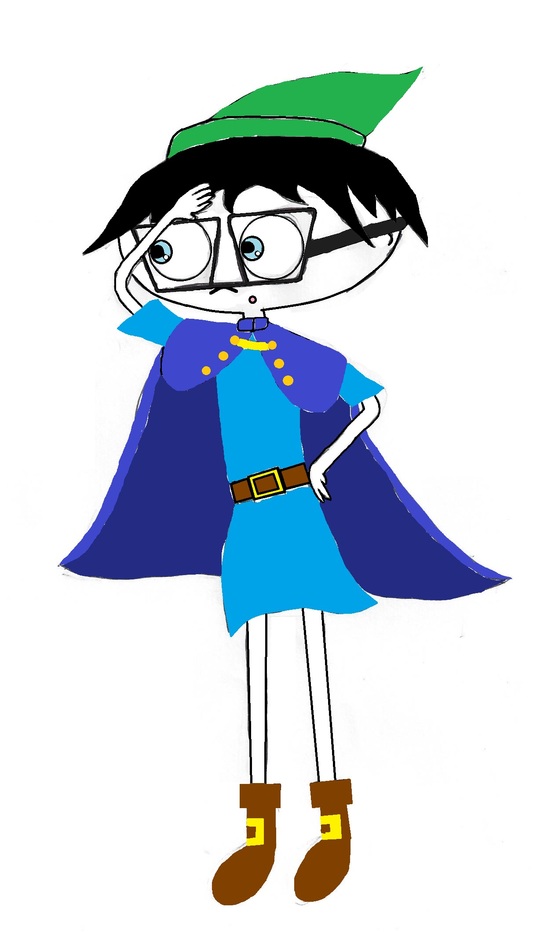 Other: Wanders a lot to find his purpose in life.

Name: Kuma
Age: 15
Race: half Kokori and half Hylanian. is that possible?
Personality: Very feisty, tomboy, hard headed
Appearance: Hang on. need to get one. *takes out paper and writes "scan picture of Kuma"*
Other: Has scars on her eye in the shape of three claws. Reason? Unknown. She hasn't told anyone. She also had managed to escape the camp when she was little.

I can see that as possible for Kuma. Maybe there were Kokori back before Demise took over the land or when he was sealed away at least.

The Kokori and Hylians (and other races) have been trapped by Ghirahim in his camp but one of the people there had a daughter and she managed to escape.

Just a thought because I don't know how Kokori's live that long (as in forever practically) bht they're not in SS but OoT. SS is meant to be the beginning of the timeline so I don't know how Nintendo'll do that. :/

oh, should I change Hideaki a bit? Guess I should know some Skyward Sword things. I've only played OoT, so I know a lot of things from there.

Never mind. I decided to change him.

But then how is Kuma going to work...?

I like the idea that she escape the camp. It seems like her. or wait...are you referring to someone else when you mention that?

I meant to the whole escaping thing with Kokori and Hylians with Kuma.

Yeah, let's do that.

Other: He is considered the hero of mirror world (with permission fro..."

OK, idea. How about Zena is like Quetzalxochitl's sidekick? Basically, she sent him to keep an eye out for Kanoro. Be Kanoro's Guardian. Random I know, but hey...it's my name.

The Legend of Zelda: Roleplay