Mod
Zombies and mutations also walk the earth, so you can create one here. Not really any limits, but again try to be descriptive!

Name:
Age:
Gender:
What are you?:
Appearance:
Personality:
History:
Other:

Name:Annele. She does not answer to that name, though. Her new name is Dare'gon
Age:17
GenderFemale
What are you?: Lizard/Bat/Human Mutant
Appearance: 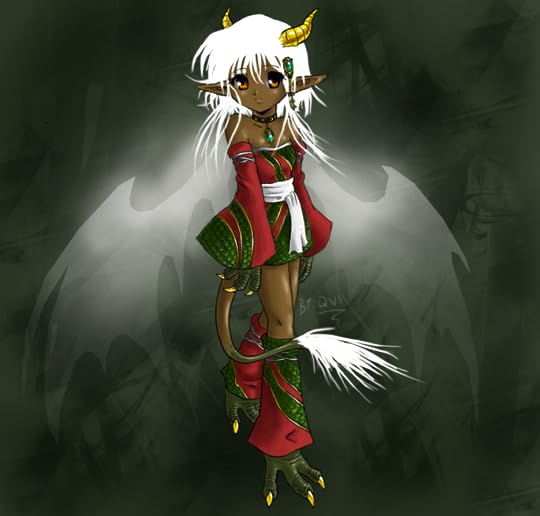 Annele was once as pale as the moon with midnight colored hair. Her eyes once where the color of the noon sky. She now has ash white hair, red eyes, and coco colored skin. Her arms from the elbow down and her legs from the knee down are lizard-like. She has a tail and two large Wings on her back that are green. She is pretty past all the horns and scales, but her fire breathing usually scares 'em away.
Personality:Tba
History:Tba
Other: She has a pet that used to be a dog. His name is Rex: 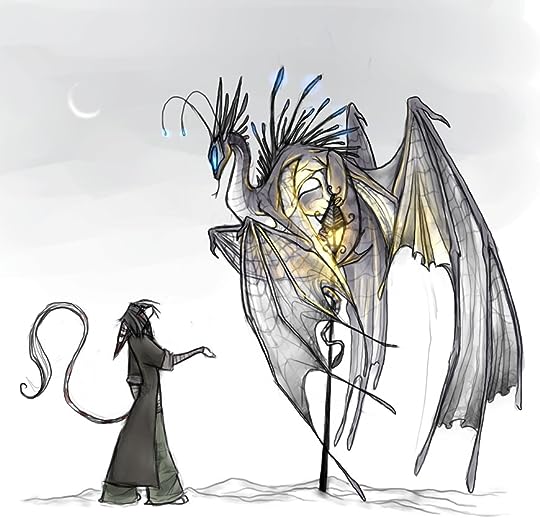 (ps that's Annele in the hood)

Name: (Purple)= Smash. (Green)= Chomp. (Blue)= Bark. (Pink)= Boing. (Orange)= Boo.
Age: 1 year old.
Gender: Males.
What are you?: Mutations of stuffed animals.
Appearance: http://attachments.conceptart.org/for...
Smash: The purple one in the air with the fangs and whip.
Chomp: The green one with the large round, pointy mouth in the air.
Bark: The blue on with a blank face and horns and a plunger on the far left side.
Boing: The pink one in the air right above Bark on the far left.
Boo: The orange one right behind Bark on the far left.
Personality:
Smash: He's the rough'n'tough muscle of the gang. The big guy who stands in the back or in the front or where ever, because those around him comply or get sat on.
Chomp: Nastily evil and hateful. He does everything for himself, everyone just follows, at a not-so-close distance. He would be considered the leader, but when he actually tells the others what to do they don't listen.
Bark: He's a blank, mute little creature. Doesn't do anything but stare, sit, and chew on pieces of tree bark he picks up, unless he's told to do something. He'll choose if he follows or not.
Boing/Boo: They are twins. They are playful, michivious, loopy and no matter what they do, they don't seem to injure or get injured.
History: They all used to be normal stuffed animals. They were abandoned by their humans, picked up by zombies, bitten, and tah-dah! They are coming for revenge on the humans.
Other:

What are you?: Wolf/Human/Bull Mutation

Appearance: Short, dark brown, almost black, tousled hair, wolf claws/paws (whatever) for hands. He has two horns sprouting from his head and hooves for feet. One eye is gray and the other, green and one leg is crippled.

Personality: Xander is very frightened and shy after being bullied so much (see history). He often hides when any sort of human appears and only makes friends with other mutants, to whom he is loyal and kind. He views all humans as cold hearted and evil, hating them all, but has a small bit of sympathy because he feels they are insecure about themselves and clueless. He sometimes has flashbacks of his past and can go into an angry rage, but usually after the flashbacks he's just left with emptiness and loneliness.

History: When Xander was born, his mother was infected with the epidemic and died two days after. He was lucky not to have been born also infected, but the disease effected him in other, strange ways. However, despite his condition, his father insisted that Xander live a normal life (this was before the epidemic took a strong hold) and the other children made life a living hell for him. They would make fun of him and run away from him like he was a monster. Xander's father didn't understand this though, and even when Xander came home beaten, his father wouldn't budge and told him to simply "fight back". But Xander was too weak compared to the other kids and his crippled leg didn't help, so he had to suffer through each day, leaving him scarred. 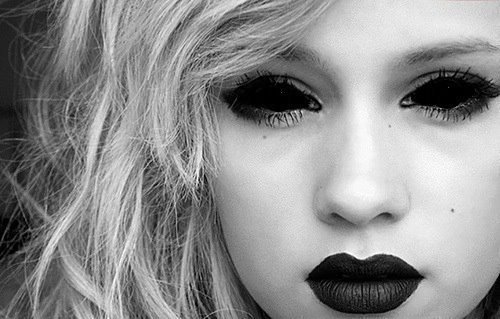 Personality:Sarah is a bitter girl never seeming to care about other peoples feelings. She is rather self centered feeling everyone is second best compared to her.Sarah feels that its everyone's fault that she has changed.
History:Sarah had a fine life of luxury getting straight As,being popular and seemed to have no problems. But in reality her family was highly unstable never seeming to get along no one had love in the family. When the epidemic hit she was on a road trip and when she got back home everyone was gone and almost everything was taken. She has no idea if her family is alive or not.
Other:Her hands have formed into long jagged claws and her eyes are all black.

Name:Arana
Age: around 16
what are you?: Mutant
Appearence: http://www.google.com/imgres?q=winged... except with black wings
Personality: has a fiery temper, but usually sad and quiet.
History: when the epidemic hit she grew very sick with it. During that sickness she had terrible agony because wings were bursting through her shoulders. the pain was so great that she fell into a coma. When she woke up a year later she found her family had died of the epedemic. ever since she had been an outcast. seeking peace in the skies.
Other: her baby sister,Anastasia, also survived the epedemic. like her sister she has a wing mutation.

Name: Abbigale (Abby)
Age:15
what are you? mutant
Appearence: http://www.google.com/imgres?q=anime+...
Personality: is very nice until the epidemic, now is very mad at the world, and lives in very deep water or ubove everyone.
History:when the epidemic hit, she then quickly fanted, everyone thought she was dead, so they put her in a safe place. when she woke up she started practising how to shoot.
Other: She is very good with a bow
Gender:Female