Mod
Finished it! The only real issue I had was the ending. It wasn't anywhere near as climactic as I'd hoped. Sorrento was a villain, but I was hoping that he and Wade would have had a bigger fight at the end, another face to face, and that the stakes would have been higher - like if he'd actually kidnapped Art3mis or something.

But all in all, I enjoyed it!

I really liked it. I couldn't sleep last night, so I read it all at once, and I was impressed. The premise seemed believable (though the infodump at the beginning was a little much), and the execution was pretty great as well.

I agree, though, that the ending could've been a lot more intense - like if IOI had people coming after them IRL or something, or they had kidnapped someone, or something else. As it was, the only thing at stake for the end was the egg (as important as that is), which made it a little... flat, I guess, especially considering that people had, y'know, actually died in Real Life previously in the book.

Yeah, the ending was kind of abrupt after the everything that had already happened.

AND.
I hated Art3mis. I found her bitchy and annoying, so it was hard for me to understand why Wade was so in love with her, other than the fact she was an OMGZ GIRL G33K. I liked Aech better, before and after the IRL reveal.

But how cool was the OASIS? I feel like I'd be one of those people who abandoned their real life and lived in the game.

Overall, I really enjoyed the book much more than I thought I would.

Mod
The book would have been FIVE STARS OMG if the ending had been more climactic. And yeah, I do agree, Art3mis was annoying. I was kind of rooting for Aech to come back into the picture and be the real love interest, but Wade just couldn't get past the "OMG NOT A GUY!!!!" part.

I have to say I loved this book from beginning to end. Sure, like you all, I wanted a more powerful ending - but there has to be a sequel, right?! :)

My favorite part of the book was the description of Wade's indentured employment as a tech support rep in a call center - OMG that's my real job and the description is abso-fucking-lutely perfect! :)

I dunno, I liked that Aech wasn't a love interest. The fact that a male MC has a female best friend with absolutely no sexual tension is a nice change to me. I also like how it demonstrated something about the way the Internet in general works - that you can be friends with someone having never met them, and even if they end up being completely different from how you imagined... so what?

I used to work in a call center, too. Ugh. I found that part of the book to be a bit boring... maybe that's why it was such a good description? ;)

I would've like Aech as best friend or love interest (male or female). Their relationship seemed real to me. I get the whole thing about Art3mis being as close to a girlfriend as he'd ever had and how strong relationships can be formed over the internet, but... I just hated Art3mis. The inevitable love interest sideline almost always pisses me off anyway, but this time it was just her.

I'm surprised by how much I liked it (maybe I'm too much of a nerd?). I agree about the ending - I kept waiting for Sorrento to show up but I don't think it makes the book any less interesting.

I'm happy to hear I wasn't the only one who didn't like Art3mis. Why did she have to be a bitch all the time?

I liked this, but i didnt love it. A fun book but it never really became great. I did really like the main character though, and Aech.

I didn't love it, and I didn't hate it. It was pretty meh. The characters didn't really grab me. They were all flat and stereotypical. The bad guys are clearly evil for no reason but greed, and the good guys never even think about crossing over to the dark side. They were all even roughly the same age under their avatars. There was only one important death and I felt bad for getting attached to Ms. Gillespie early on because she only got mentioned once after her death. The stakes were low and the high-minded goals of Art3mis were kind of hollow because of how little we saw of the real world compared to OASIS.

Aech's reveal was interesting, but it stuck in my craw. There's something about online and gaming worlds were everyone by default (except self-selected or 'safe' communities like ONTD, feministe or angry asian man) is thought to be a white dude, but usually there's a shit lot more sexism and racism (reddit and a lot of online FPS games). I mean, Aech's mom believed the only way to get ahead was to be a white dude to get better treatment and then (in a twisted logic) shunned her daughter for not conforming for being gay. Even after getting kicked out by her mom, she still has a white guy as her avatar. Maybe mom was right? Shitty way to dodge a lot of issues.

Personally, I was mentally creating my own OASIS persona. At first, I choose Shana from the Jem cartoons and then for Odgen's party which had a sort of cyberpunk theme I thought the ever-iconic punk and mohawk Storm was appropriate, and then after searching the web for a bit, I found some redesigns of Shana that mixed both aesthetics well (thank you, Deviant art!). The first one by Ross Campbell looks even better than when he drew Storm in X-Men. 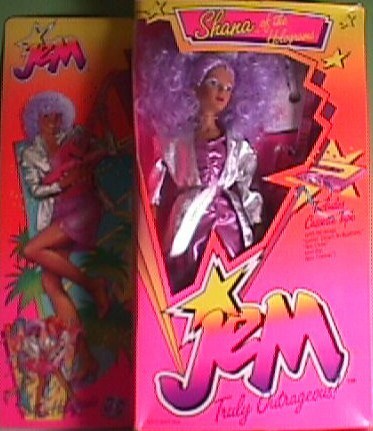 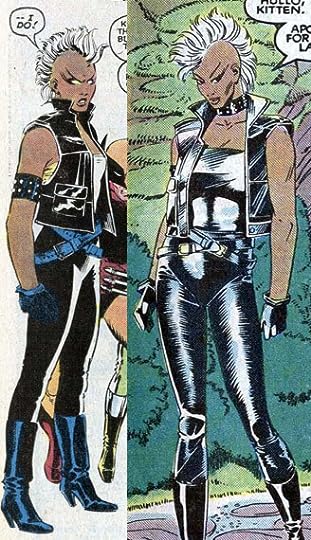 The ending was super cliched. He literally found his princess in the castle (maze). I even saw the Catalyst bomb and extra life coming because Scott Pilgrim had already done it in the movie and graphic novels. I also found out that the author wrote Fanboys, a movie that I can't seem to get myself to watch. Maybe it's the Star Trek bashing in the trailer, but no me gusta.

Also, it was more about 1980s gaming like text-based, Dungeons & Dragons-types, and arcade cabinets from that era. I don't even think there was a reference to Super Mario Brothers. No references to Call of Duty or Madden or FIFA. I remember being jarred by a reference to Street Fighter II. Just a casual mention, but not a reference to a character or anything. Earlier they mentioned World of Warcraft, but I don't know if there were any other mentions.
This was my main memories of that period are Pac-man, Ms. Pac-man and these: 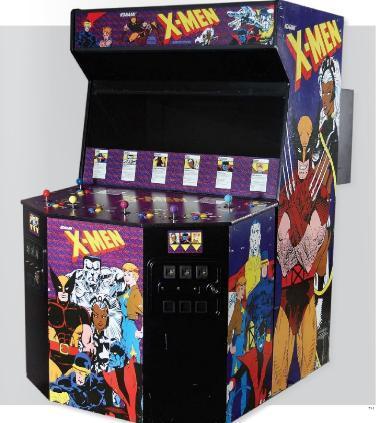 I think I also mentioned how very white the universe was. I mean the only rapper mentioned was Falco. Really? No Run DMC & Aerosmith's "Walk this Way" (1986)? Not even Blondie's "Heart of Glass" (okay, it's from 1979)? The stand-up of Bill Hicks? No Eddie Murphy? Or any of his films mentioned? WTH? 'Family Ties' being often mentioned, but not the 'Cosbys'? Also, after going to wikipedia for "Family Ties" I realized that all these years, I've been mixing up Family Ties and Growing Pains. I even don't understand how.

Either I'm going to have to rewrite my own version of this book or a 1990s version. Thanks for reading my rant. 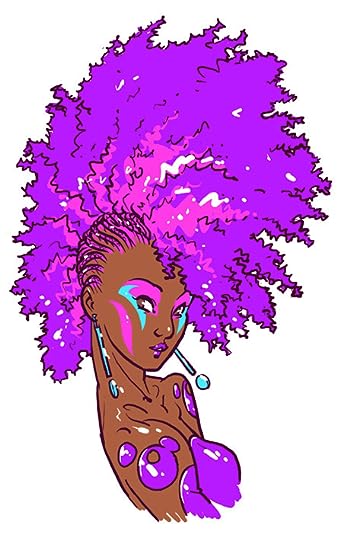 I started this a couple of weeks ago, couldn't really get into it, and then picked it up again the day before yesterday and only stopped reading to pee and eat.

I loved it. I do agree with most of you that it ended kind of abruptly. It was like "oh he has to fight the Sixers and take down the giant forcefield." Okay he did that and now the egg is his and he wins and now he gets to be with Art3mis forever and everything is happy.

I loved the reveal of Aech, though. Since she was a lesbian I wasn't really concerned about her and Wade having a relationship. And I loved pretty much everything else. I was kind of annoyed at Art3mis, but I can understand why her character was mildly standoffish. I never found myself getting bored, and I'd really like to read a sequel. The way Halliday said that there is a "power off" button and explained it in detail leads me to believe there will be.

All I remember of the 1980s is a time of no money, strikes, violence, and the constant shadow of a nuclear war.

This book did the impossible and actually made me nostalgic for this era!

I actually quite liked this with the premise and everything, but the issue was with the way it was written was weird for me. It felt like you were hit with a wall of geek references like someone was trying way too hard to sell how 'geeky' these characters are.

And thought At3mis is described as having a great writing style etc, her actual style isn't really clear and it makes it hard to see why he likes her. He just seems to become borderline obsessed with someone because she's female.

I also think the introduction of each element and all the descriptions is probably interesting if you're interested in that aspect of technology, but the way he explained the items and how they worked just seemed to...boringly explained? If that makes sense. It was just very, this is your item, here is how it works, without regard for it being storytelling.

I actually did spend the whole book from when the Sixers first extended the offer waiting for them to do something ~sneaky (kidnap one of them, secretly be one of the other 4, have someone switch alliances, be secretly knowing and following Wade etc) but it never happened.