The Making of a Man discussion 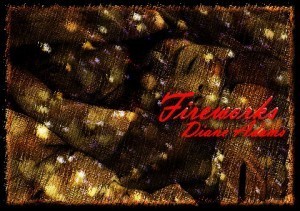 Read it free, at my blog and then head over to silver and download the Silver Shorts! Weekly free reads from some of your favorite Silver authors!

Diane, you are just trying to get us addicted...at least this addiction won't add pounds to my hips! :D

Vladimir wrote: "This installment made me smile. I'd love to see how Jay and Logan's romance blossoms.

Quote of the day:“They’re my sons, of course they’re gay.”

Mod
Vlad, I won't lie and say I didn't think of you when I wrote that ;). I was imagining Clark being told his son(s) is gay. I could just picture him thinking "and I didn't expect this?" Who's better qualified for such a task as gay twins?

Thank you so much all of you <3 it made my morning to see how you're enjoying X&J. they have a part in MM5 as well so it's a good thing you like them!

Now keep an eye out because I've only just begun, but don't be too surprised if things aren't exactly what you expect.

Hi Diane, I love it! I can't wait to read more about X&J. :D I love Clark and Stevie. I wish all parents had that reaction when their child comes out. Have a great day!

i went scurrying through the ebook, found the XJ chapter and got cumfy and enjoyed......

Thanks Diane, that was wonderful. I can't wait to read them again altogether once you finish.

And I'm with Vlad, that Quote is brilliant,I can hear Clark saying it in my head lol.

I'm enjoying the series but the latest chapter - aren't you a little tease with how that one ended!!!
Hopefullly there is a full version to come someday?!?

The Making of a Man