reply | flag *
message 2: by [deleted user] (last edited Dec 05, 2011 05:14PM) (new)
Nov 19, 2011 06:16AM
Name: Derek
Human age: 19
What are you: half vampire and half demon
Power: Empathy and telepathy
History: born to his demon mother, she died giving birth. One night walking through an alley he was attacked by vamps making him half and half. On a mission to find his father.....
Girlfriend: Lucia
Other: the ability to use fire

Name:Lucia Bloodrose
Human age:18
What are you:Half witch and half vampire
Power:Speed,Magic and Seduction
History:She was born into a vampire clan,but was later thrown out due to her tie with the witches,she traveled a lot and learned many skills.
Boyfriend:Derek :)
Other: Can fly and manipulate the elements.

Name: Black Queen
Human age: 17
What are you: Vampire
Power: speed and seducing
History: Born a vampire, parents die when I was 7, been on my own ever since.
Crush: Open
Other: Can control everything around me.

reply | flag *
message 5: by [deleted user] (new)
Dec 26, 2011 08:55PM
Name: Jackson
Human age: 20
What are you: Vampire
Power: the ability to control emotions and moods
History: created and left in the basement. He never knew who created him. He doesn't want to be a monster, he just looking for someone to spend eternity with
Crush: open
Other: change also change his appearance

reply | flag *
message 9: by [deleted user] (last edited Apr 28, 2012 10:59AM) (new)
Feb 05, 2012 02:58PM
Name: Jesse
Human age: 20
What are you: fallen angel
Power: elements and telekinesis
History: fell from the heavens for stalking a human girl from the heavens. He fell inlove with her beauty. He was banished and he had his wings ripped off as he fell. He's been bad boying it up every since...
Girlfriend: Lola

Name: Lola
Age: 19
What are you:Human
Power: Beauty
History: Shes a good girl with a reputation odd right,she is so beautiful that boys and some girls would do anything for her,but she kindly declines,or does she??

Thanks,I love your too!!

Name:Lance Bloodrose
Human age:21
What are you:Full Vampire
Power:Control minds and Telekinis
History:He is Lucias step- brother,the only one who truly loves her not like the rest of their family who shuns her.
Crush:Lucia
Other:He has a rose tattoed on his palm.

Yup because they are step siblings.

Name:James Bloodrose
Human age:23
What are you:Demon
Power:Hypnosis,Emotion changes,and Lust.
History:He is Lucia second older step brother who teases her alot,with touching and words.
Crush:Lucia
Other:Tattoo of black iris on the side of his temple.

Yeah because he knew her in a past life they were lovers.

Mod
Name: Jade
Human age: 17
What are you: Demon
Power: Create and Manipulates fire. Awakes the dead for help. Healing
History: she lived with her family until she was 15. she was given to her aunt when her parents were killed and her brother taken by vampires and made into one of them, making him half. she's on her own now and looks for her brother.
Crush: open.....she's a lesbian
Other: Derek's little sister. 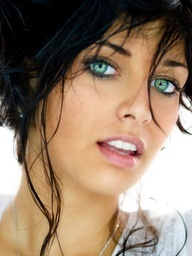