Idc what the classes are, my mods will help me come up with them but put your teacher charries here.

reply | flag *
message 2: by [deleted user] (last edited Nov 18, 2011 06:10AM) (new)
Nov 17, 2011 09:07PM
Name: Dr. Donald Hariston
Gender: M
Age: 32
Species; S-Shifter; He can make himself an exact copy of any living thing. Though he almost never changes form.
Appearance: He is a tall; pale man with dark brown hair. He has a thin beard, and always has a flat cap. He usually wears a Suit, with a pair of shiny white dress shoes. He also has a pair of thick orange rimmed glasses.
Personality: He's a very relaxed man, He cares about his students, and Is wiling to help them in any way he can. He avoids confrontations, and usually backs out if there is one. Doesn't share much of his personal life, but will eventually.
History: TBRP'd
Class: Counselor
Other: He went to school here when he was younger. He has a British accent.

Personality- he is friendly. he is strict when he has to. he is calm and level-headed.
History- tbrpd
Class you teach- magic and power control) (liike, how to use and control your ppowers
Crush- open
Other-

[ i believe your pic for jasper is already being used] 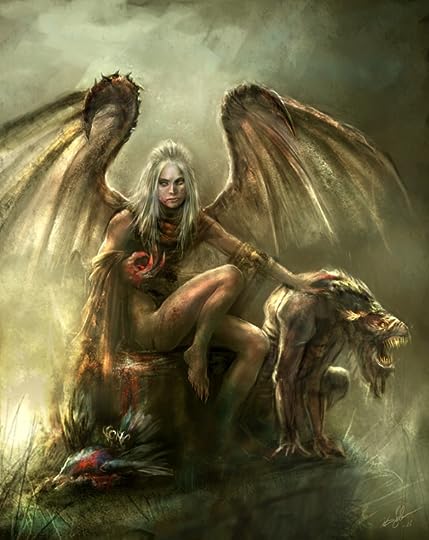 Personality- She's the most dangerous woman you'll ever meet, but the best teacher of mythical creatures too. She's extremely smart from a century of studying the creatures that inhabit the forests, lagoons, and jungles of the world. She's rather heartless until it comes to her pets. Don't hurt her animals. She doesn't like it...
History- She was born with the angels of course, but was shunned for her dark wings which made her grow bitter. She left of her own accord in order to study the animals who didn't judge her and even grew attached to her. Birds and beasts of the forest loved her the most.

She was asked to teach at the Academy thirty years ago and has stayed there ever since, collecting new species and learning more than her students do. She has a fondness for the outcasts in the Academy and has befriended some of her students.

Crush- What do you think...

Other- Her favorite pet is Soca, the monstrous beast in the pic.

Name- Dante norment
Gender- male
Age-19
Species- fae
Appearance- shoulder length black hair and light blue eyes.
Personality- laid back and lazy. sarcastic at times and is loyay once you earn his trust. is antisocial
History- orphaned at two weeks and has been moved around until 16 where he ran off
Class you teach- art
Crush-none
Other- has tounge pericing