After a run-off poll, the HardSF selection for this month is Coyote by Allen Steele.

POLL QUESTION: Which of the following would you rather have as our November 2011 book of the month?

Note that this is the first in a trilogy, which is just part of a sizeable collection set in the same milieu.

See the Goodreads series page, or Wikipedia (be wary of spilers). 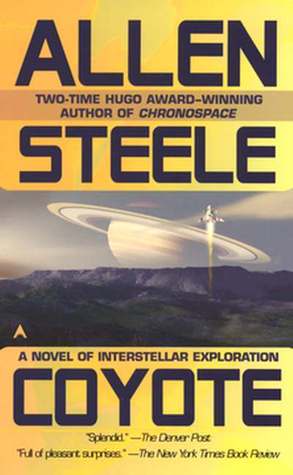 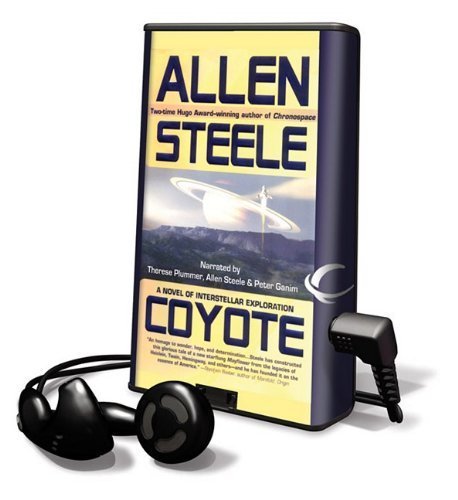 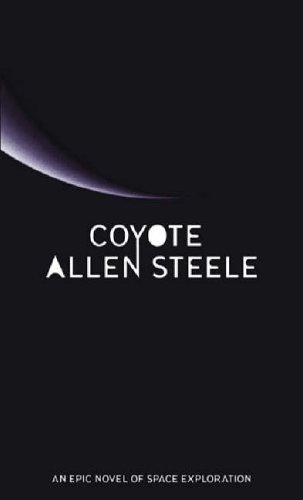 I had first read Allen Steele's Coyote stories individually as they were published in Asimov's Science Fiction Magazine during 2001 and 2002. Then in 2008, I read the trilogy that starts with this fix-up novel made from eight of the stories.

Now, I have read this one book again, because it was the book of the month selection of the yahoogroups/goodreads hardsf group. It was only about three years ago that I last read this, so the book was very familiar, to the point where I remembered even minor events and dialog.

On this re-read, I was interested to see the major characters back in their childhood again. It is clear that Steele already knew what he wanted to do with them eventually, as the hints are all over. I was a little irritated at the need to repeat critical items of character and event background in each of the eight stories. That made sense when I read them in different months in a magazine, but should have been cut in this fix-up novel version. The stories themselves are diverse in writing style and point of view, which remains interesting in a fix-up, and makes it difficult to rate the book as a whole. I like "Stealing Alabama" and "Across the Eastern Divide" best, but was bored by "The Days Between", "Liberty Journals", and "The Boid Hunt".

Probably I will not be re-reading the rest of the trilogy at this time. I see that Steele now has more than three books in the series, so at some point I may return to read the whole thing from beginning to end. But it's too soon after my last read.

The first part of this book is very tightly focussed and an exciting read. It dips a little after that, particularly since the writing style changes very significantly from one person narrative to retrospective diary entries where the outcomes are stated at the outset. This was a little jarring and disrupted the flow of the stories. It was at this point that I discovered the book was really a series of short stories. It really doesn't jell as a novel but is an enjoyable read, none-the-less.

To my view, the tale about the guy brought out of hibernation early and writing/painting the fantasy was mainly extraneous. There are references to it in later stories, but nothing essential that required as big a portion of the book. There are bits & pieces that may hint at more significance in later books, but maybe not. And if the later relevance is merely paralleling aspects of the fantasy (which we only know in partial outline) that would not be a justification I'd appreciate.

The teenager boat trip didn't appeal to me. Actually, the parts of that story which could not have taken place on Earth today were rather limited. I didn't feel I was getting to know much more about a distant planet. SF involves people; people in other places & times will do somethings that are like people here & now. But I don't need to read SF to get only that.