If you want one not listed, please suggest it. The name does not have to be accurate to the story.

I would like to be Rapunzel if that's okay? :)

Is okay if I am Alice and Princess and the Pea?

And maybe Belle, but I'd like others to have a chance before I pick two. :)

Personality: Juliette is very opinionated, she used to be a very submissive girl and after she escaped her tower she became very independent. She is loving and caring to the max and will heal anyone who seems that they are in need. Juliette can't stand being locked up and is very impatient.

History: Juliette was born with a rare ability, she could heal others with a sign of sympathy, these being tears, kisses, etc. Only Juliette had to be completely willing to heal the person. Dame Gothel heard of Juliette's amazing ability and decided to kidnap her from her parents modest home. Each day she would threaten Juliette with the death of her parents unless she healed her. Juliette never cut her hair because Dame Gothel needed a way to enter the tower she'd locked Juliette in. On the eve of her 18th birthday a new voice asked for her hair, Juliette let the young prince in. He had been very kind at first and immediately asked to marry her. Juliette beige naive and still young agreed and they escaped together. After about a week the prince decided a girl was too much baggage and abandoned her. Juliette was heart broken and tried to go back to Dame Gothel, but she was upset with Juliette. She hacked at her long golden hair, leaving it about shoulder length, and then sent her out on her own.
Juliette now travels around, healing others who need her.

Other: Her heart is very hardened against boys now because the prince who rescued her from her tower abandoned her as soon as she was free. Though she is still wishing for that happily ever after.
Juliette can only heal injuries, if they are close to dying she cannot save them.

http://www.eastoftheweb.com/short-sto... •This is the actual Brothers Grimm version of the tale.

Character: Prince Charming
Name: Alben
Age: 18
Gender: Male
Appearance:
[image error]
[image error]
Personality: Laid back and jokeful. He's a generous guy, but he doesn't like to be tied down. Women are his goal, and he's going to try and get as many of them to fall in love with him as possible.
History: (later)
Other:

Whew. Yay. >.< This stupid computer is so slow. It took me forever to load that picture of the real life him.

I hate using a celebrity for my characters but I believe that Taylor Swift was perfect for it.

Both are great! :) And I'm not into using celebrities either, or major ones at least...

Personality: Just like Beauty and the Beast's Beast. He's bitter and cynical about his condition, but on the inside he's a softy.
History: Different than Beauty and the Beast! Prince Adam was the future ruler of the kingdom of Pax, but his brother wanted the crown so he paid a witch to curse Adam with the mark of the beast. This caused the mutation you see in him. Unfortunately unlike the Beast in Beauty and the Beast, there is no known cure for his condition. He does reamin mostly locked up in his tower at times, but he can sometimes be seen roaming the countryside and forest nearby. People are generally shocked to see him.
Other: With his condition come a few gifts including the ability to talk and control animals, and the manipulation of shadows.

Personality: Viviana is one of the kindest girls you will ever meet. She is constantly caring for others and taking to opportunity to help anyone in need. Viviana is also very shy, but if it comes down to it she can stand up for her beliefs. Viviana is easily going and not easily angered. She can see the beauty in everything but herself. Viviana is deathly loyal and would give her life to save her family.

History: Viviana was born in a small town to a dressmaker and a watch salesman, one day when her father went on a trip he promised that he would bring a flower from the garden of the Pax kingdom, Prince Adam's brother was angered by this small act and paid the witch to curse his young daughter. The witch went to Viviana and felt deep sympathy for the young girl, she gave her not a curse, but a gift. Viviana would be the most beautiful girl in all the land and could use the powers of persuasion. Prince Adam's brother did not like that the old witch gifted Viviana so he sent another woman to reverse it. What he didn't know was that witches spells couldn't be undone, the evil witch included to the gift that every time Viviana fell in love the man wouldn't be able to love her back unless he could love her for her personality instead of her beauty.

Other: Viviana has the powers of persuasion (as stated above) and doesn't like to use them unless absolutely necessary. Even if she uses it by accident, she doesn't want to take advantage of others. She knows of her curse that's why she isn't afraid to show the world her kind personality and the love of her heart. She isn't trying to force a man to remove the curse so she is very careful of who she talks to. 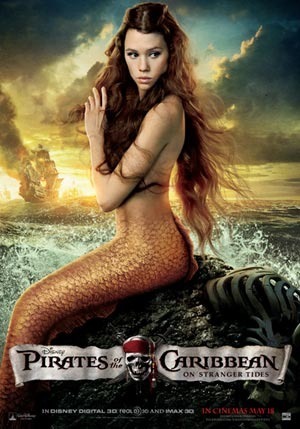 IDEA IDEA!!!! Could Prince Charming be the Beast's brother? 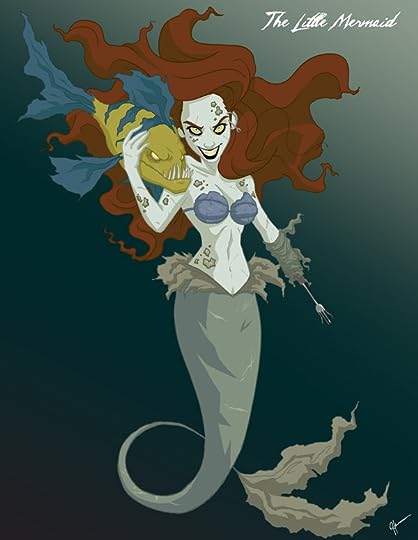 Personality: She is a cunning evil woman who enjoys nothing more than to torture the innocent. She likes to offer her services to those who wish it, but be warned, there is always a hidden cost to whatever you buy. Never accept her deals and read the fine print in her contracts. She is devious and has the powers of the sea creatures on her side.
History: She was cursed from birth by an evil witch (the same one that got Beast) who said that she would remain that way forever. She was furious at the witch and began to study magic herself. The first time she tried to change back, she lost her hand. She has since replaced it with a rusty thing-a-ma-jig or doo-dad. Now she has come to turns with her... condition and has since decided that if she must be miserable, then so shall the rest of the sea.
Other: She has a pet monster fish named Pox who gets the ingredients she needs for her potions and magics. She also has two unknown monsters hidden in her cave named Shock and Peril. No one has seen them and survived to tell the tale.

Oh hey, I guess I should have asked if it was okay to use Beast's brother in Viviana's character thing... Lol I guessed it would tie their stories a bit together. :)

Oh, it's perfectly fine. She's beauty after all so she has to meet the beast at some point.

Can I be that one chick that has diamonds and roses fall from her mouth? I have plans for her.

IDK who that is?

Okay, that makes sense now. I'd put that under create your own character I think.

Hmmm, but not everyone knows that fairy tale so you'd be introducing a new character that isn't in the list of commonly known characters.

who is the evil fairy?

There is an actual novel called Toads and Diamonds. It is really good.

Klymene wrote: "Can I be that one chick that has diamonds and roses fall from her mouth? I have plans for her."

LOLZ, I know that story, wasnt it pieces of Gold?