Appearance:
Surprisingly short for his age, Scott is a very large and bulky figure. He is not very tall or skinny. He is very strong, but yet not the strongest. He has short black hair, and sharp and tense green eyes. He is average skin color, not white white, but not dark. He has short eyelashes and short eyebrows. He has large lips and a small and skinny nose.

History:
Born into a Hufflepuff family, Scott is used to hufflepuff. His mother and father are both Hufflepuff, along with his older brother and sister.

Personality:
Scott can be very humorous at a lot of times, but he can get very serious. He is not the kind of person you want to get angry. His moods change with how people treat him, so treat him good and he will be good and kind to others.

Animal:
Scott chose a cat, because he likes them. A black tabby with white paws, and a white tail.

Name: Kyoko Lee
Age: 11
Gender: female
Year: 1
Appearance: http://images.google.com/imgres?q=ani... she also has blue glasses, and her hair is black with a few silver highlights and her hair is in a ponytail.
History: Her mother and father died when she was very young, so her aunt is taking care of her currently. She lives in a house full of books, and when she goes back there, she mends them, and earns money for them doing so.
Personality: quiet, shy, smart, sweet, kind
Animal: owl named Yuki (meaning snow, you can guess what Yuki looks like....XD)
Wand: long and thin, 10", essence of phoenix feather
Other: Muggle, plays the viola, she loves art

Appearance: Brigitta has honey brown, thick, straight locks to about the end of her shoulder blades, often up in a high ponytail. She has striking green eyes, and has a slightly curvy, average height, build for her age.

History: Brigitta grew up here in England, in Manchester, with muggle parents who were quite perplexed when she got her letter. She was never an exceptional, out of the ordinary kid, in fact she was quite popular. She told her friends that she was going to an elite boarding school in London, and now, here she is, three years later, a budding witch.

Personality: Brigitta is an outgoing, popular, friendly person, willing to help others at any and all times. She loves to play sports, such as Quidditch, and is quite a romantic.

Skye: Who knew that two girls from entirely different places could be so alike? With one look, each know what the other is thinking. Whether tromping through the castle, or simply lazing in the common room, these girls are almost always together and happy.

Appearance: http://weheartit.com/entry/15944446 Skye has wavy blond hair that cascades down her back. Her sapphire blue eys sparkle when she happy, excited or joyous. They turn icy cold and pale when she's angry, nervous or sad. She's tall and slim.

History: Skye grew up in her foster parents' home in Honululu, Hawaii. Her folks were rich, so they traveled alot, from Paris to Thailand and New York to Japan. When she got her letter, she was thrilled... unlike her devaststaded parents. They let her go anyway because all they ever wanted was for her to be happy.

Personality: Skye never fit in with the "it" crowd and never wanted to. She was always different and loved herself for it. Skye is quirky but in an adorable way. Once you get to know her, you just can't help but fall in love with her sweet and colorful personality.

Animal: A Yorkshire Terrier named Archie. He's very hyper but can be obediant and well behaved at Skye's word.

Wand: light blue (as in "Sky") and has a feather of a griffin attached to it.

Other: Skye and Briggita have been friends since the day they met. Who knew that two girls from entirely different places could be so alike? With one look, each know what the other is thinking. Whether tromping through the castle, or simply lazing in the common room, these girls are almost always together and happy.

Appearance: She is tall with waist-length, straggly, dirty blonde hair, protuberant blue eyes, which often seemed to be dreamily distracted, and faint eyebrows. She had an aura of "distinct dottiness" about her and was known to put her wand behind her left ear for safekeeping.


History: She never knew her real parents because they "disappeared" without a trace so she lived with muggles her whole life, she was very happy when she got her letter because it said something about her real parents, but she forgot about it quickly, her parents were mad and angry because they didn't want her to go, but she left anyway, without them knowing.

Personality: Unlike most wizards who depended solely on their magical ability, May readily relied on logic. Although this often helped her cleverly deduce information that many others missed. May's emphasis on logic also made her sceptical about accepting anything without proof, as opposed to Harry who would come to intuitive conclusions.

Other: Her parents and brother were/are in Slytherin 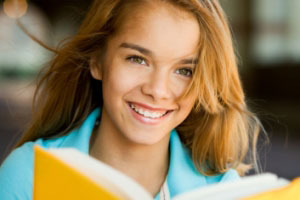 History: Her mother is a pureblood and her father was a muggle. Her father died when she was three, leaving her mother to take care of Laura. Her mother never remarried. They moved from the United States to Wales when she was six. She didn't make friends easily because she was shy. She was excited to go to Hogwarts and find out what house she would be put in. When her mother found out Laura was in Hufflepuff, her mother disowned her (her mother was a Slytherin).

Personality: She is happy to help others and loves her house. She can be shy sometimes though. She's always ready to have a good time.

Animal: a Border Collie named Mally, who is very smart and loves to stare at people. She is also very protective of Laura. Mally looks like this: 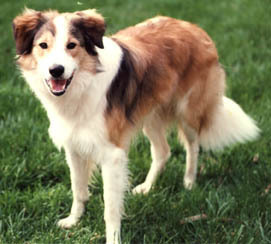 Other: She can speak Welsh because she lives in Wales.

Name:Austin Lee Eilf
Age:11 1/2
Gender:Female
Year:1
Appearance:
http://www.google.com/imgres?start=14...
History:
When Austin was born, her parents left her alone and f;ed for their lives, since they were wanted wizards with strong and special powers. Eventually, she was found and adopted, just as she was dying, by a phoenix. She grew up with a phoenix family and learned things from them. She can even transfer into one. She grew up in Ireland, until she was 9, then her phoenix family died, leaving her alone. She traveled for three years, until she came here.
Personality: Bubbly, sweet, kind, caring,defensive, strong, brave, tough, daring, loyal, respectful, stubborn, smart. =]
Animal:
Phoenix
Wand:
http://www.google.com/imgres?um=1&amp...
Other:

Name: Zainab Khan
Age: 12
Gender: Female
Year: 2
Appearance: http://www.songslover.com/english/t/t...
History: When I was born my parents knew I had a special talent, and they knew I was a witch. Since they were just muggles, I inherited this from my grandmother. When I was 11, I did really strange things around the house. Right then my letter from Hogwarts arrived.
Personality: Modest, bubbly, always doing the right thing.
Animal: A ginger cat named Lucy
Wand: http://www.polyvore.com/cgi/img-thing...
Other: I am a hufflepuff and I am proud of it! :)