♫Music is L♥ve in Search of a Word♫ discussion

Who loves this Dude? lmao 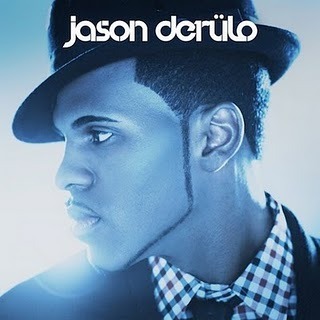 LOVE HIM!! Thank you ALexis!! Thanks for adding this topic! I cannot begin to express how much i love him.

Firstly, when he first came out on radio with "Whatcha Say", it made total sense with all the Tiger Woods scandal news and all. So I thought that was totally cool.

Then we heard "In My Head", a sexy hit, daring, and became instantly popular. It almost became a #1 hit, just hovering over spot #2. :(

"Ridin' Solo" was next, another great song about having fun and not needing a girl to be happy. TOTALLY MY SONG!! BTW- He's solo, for now, until he meets ME!!! LOL :P

"Sky's The Limit" didn't get onto the radio, but it seriously should have. Its an example of how a pop singer can go really heartfelt and not talk about being dancy all night all the time.

"What If" was so brilliant. I listened to it all the time. The music video was cute, too. It was another great example of how he can go slower.

And his newest one and one of the best, "Don't Wanna Go Home" is just so fun. It's about a night that shouldn't end. :)

Now those are SOME of the brilliant songs he was recorded. These are the most popualr and most familiar and known. But they're are plenty of others.

Now I'm going to explode about his talent. :)) First off, he just has a great voice. See, it works well going slower and upbeat. It works with anything. He's a pop kind of guy, but he rocks R&B/Soul. A signature thing he does with his voice is breathe heavily for effect. You probably have heard it before but never really thought much of it. I think its totally hot and original. It kind of reminds me of when Michael Jackson did it in his song P.Y.T. But its more of an accent for Jason. Also, he has a HU-YUGE range. He sticks to his middle octave but can go really high on long notes that other singers can't do. And it doesn't sound Pre-Puberty at all! Its pure ah-mazing!! I think thats what makes him most unique to other male singers.

Dancing. He dances AH-MAZINGLY. He's got kind of a jazz look. He doesn't dance hip-hop, but more of a tut.

And his signature pose:

Now, finally, there's is some talk about his saying of his name at the beginning of his song. That's merely a signature, not something selfish. And pleanty of other singers/bands do the same thing. The difference is that he does it in every song. It's just about being heard. And being strong. Thats all it is.

He has a good voice, but pop isn't my thing.

If you like metal or any of its sub-genres there's a metal group on Goodreads, which I am a member of.

Alex [I will never let you fall] wrote: "HERE! SOMEONE WANTED ME TO POST SOMETHING UNDER THIS TOPIC SO HERE YA GO! ARE YA HAPPY NOW?!?!? ;D"

His songs are very catchy and there are fun to listen to on the radio.

I don't really listen to him either I just like to keep up with the latest music:)


CLICK IT!!!!!! CMON U KNO U WANNA! DOESNT IT TEMPT YOU( ITS A PICTURE) NOTHING PROFOUND OR INAPRO-PRO PROMISE!:)

Have you heard I'd Fight For You?! It's awesome! xD
Iyaz and Stevie Hoang have a version of it as well. But I still Like Jason's more :)

♫Music is L♥ve in Search of a Word♫