Welcome all tributes! Here's the topic for you to create your characters. Just fill things in, and you'll be in the arena!

That will be great!

except for her hair is long.

Skills: Exceeds in snaring, spying, deception,strategy, and good with small weapons
District Token: A piece of a whip circling around to form a bracelet, tied together with then rope and spotted with flecks of green and gold gems.

Name: Acacia LaRue
Age: 13
Gender: Female
District: 11
Appearance: Long light brown hair, that looks almost gold in the sun, light tan skin with hazel eyes that if you look closely enough you'll find specks of light purple, about 4 feet 11 inches.
Skills: Expert in finding food it the wild, handy with a knife and spear and has excellent aim.
District Token: Star shaped straw necklace, with six points, one for each of her siblings.

Name: Brednat "Billie" Cornera
Age: 13
Gender: Female
District: 12
Appearance: Billie Cornera
Skills: Anything she can get her hands on would be nice.
District token: Diamond pin.

Name:First name:Ken. Last name:Unknown to him or everybody else
Age:16
Gender:Male
District:10
Skillz:He is handsom and he has that gaze that makes people stare at him. He is stealthy, but strong and if you catch a glimpse of him during the games, your as sure as dead.
District Token:A picture of his grandfather who died in a hunt.
Appearance: http://www.google.com/imgres?imgurl=h...

haha hunting is nine. I'm pretty sure you get killed if you hunt... I mean if you get caught lol. Ten is livestock, we raise, not kill.

wait... i thought it was the other way around... never mind then! lmao 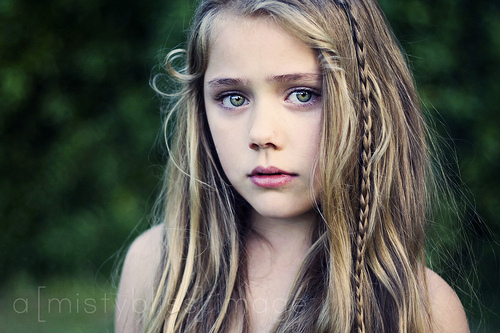 Sorry, I'm not sure if the 'other' was allowed, but I wrote up the character using a different form and really wanted to include a few things not on the form. :/

Holy.
I just realized I wrote a lot.
xD
Thank you!


reply | flag *
message 18: by [deleted user] (new)
Mar 05, 2011 03:27AM
Name: Sky Longwood
Age: 13
Gender: Female
District: 2
Appearance: Sandy long hair, usually down, with longer parts at the front. She is average height, and slim but strong. Can go for days without food. Rough hands from working making weapons. She has very intense blue eyes, and peachy lips, with normal skin, and 11 freckles along the bridge of her nose. Usually wears white or green, and has broad shoulders.
Skills: She's handy with a knife, and can fashion loads of things out of a simple piece of wood with one. Deadly silent, so can hunt easily. Good at climbing, but usually sleeps on the ground
District token: A marble with a strange pattern inside it, like a trail of paint in fresh water. Her little sister found it, and gave it to her before she died. She wears it in a case around her neck.

Name: Quassia Artore
Age: 18
Gender: Female
District: 1
Appearance: Quassia, with her large, innocent eyes and soft features, would never be seen as a threat. Long, wavy brown hair reaches the top of her ribs. Her eyes are a classic hazel, and some would say they are positioned a bit too far apart from each other. Her build is small, and standing at five foot three she is one of the smallest competitors.
Skills: Quassia was among one of a handful of kids to refuse to be trained for the Hunger Games, insisting that it was against the rules and no one should do anything to gain the upper hand. Because of this, she is not considered a Career and has fewer skills then her male counterpart in the arena. However, years of evading training and hiding in her home from the Peacekeepers has made her agile and stealthy, making her an elusive tribute that may just be able to hide enough to win. On top of that, she can hunt very well with a bow and arrow, seeing as the one time she was caught and forced to train, she was sent to hunt and given only a bow and a single arrow to protect herself. Obviously, she survived and brought home a huge wild dog, to the surprise of her community.
District token: Quassia’s district token is her hair clip, a large object that seems to be a hummingbird (a glamorous bird) it being a piece of metal that is dull on the ends and can cause no harm to fellow tributes. It represents the fact that District One manufactures luxury items, and it also marks that her father is one who makes items in a factory.
Other: Not seeing herself as a competitor, Quassia has decided to avoid any direct confrontation with the other tributes, as to avoid challenging an opponent that is stronger then herself. If she was to come across a tribute, she would only attack if they weren’t able to attack her. 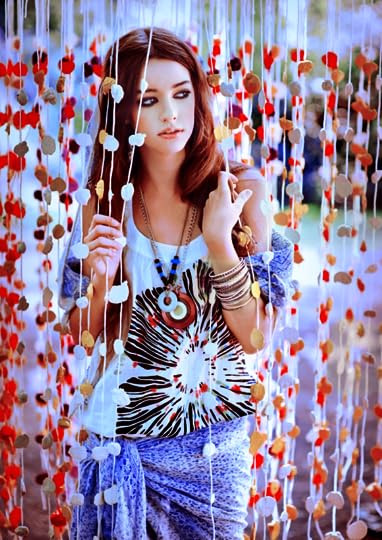 Appearance: Tall and lean, with strong arms from years of hunting. Has bright green eyes that any girl would get lost in, shoulder length blond hair and a smile that would win any girls heart.

Skills: a skilled hunter, know where and where not to hunt. very handy with a bow and arrow.

District Token: Bracelet made of deer hide, with both his and his girlfriends names, and family crests.

Name: Calla
Age: 15
Gender: Female
District: 9
Appearance: Light brown thick hair that cascades down to her shoulders. Usually braided into intricate knots pulled into a bun at the top of her head. She is five foot two with lightly tanned skin and eyes so golden brown they appear orange.
Skills: She is an excellent hunter and fisher. Knows several survival skills and prides herself with a dagger. Her mind works much like a computer calculating several things at once before acting but doing so in a motion so swift it is as though it never crossed her mind, and having once helped a runaway from district four she is fairs well with a trident, and weaving.
District Token: A necklace off feathers from various exotic birds and beads carved from different trees strong together with several layers of spider-silk.

((Lol what's uup with you and ther girls of the district))

Emilyy, would Calla work to be allies with Annatta? I just need someone to do it. xD

totally I just needed to claim some girls before Eri here gets em all lol!

srry...just wanna fill them up so we can start r.p.ing

and can annabella and suzzana allie with u guys?

I don't know about regan but I try to make my alliance a strict three person.

so wat bout just 1 of them?

I do too Emily. I'll accept that if Emily does, although I'm not sure if Sky (pocketmouse) is going to accept her ally thing, since I started to RP Annatta might want to ally with her.

So this could go a number of ways. Eri I say you should rp in training and we will see who which character we fancy more. Lol

((haha no one seems to want the math and science ones besides me and Daryion :P))
Name:Julian Benson
Gender:Male
District:5
Age:15
Apperance: Julian has tanish skin and dirty blonde hair. His eyes have the sence that he fears nothing and he doesn't His eyes are also big and hazel. He likes to smile, but that all changed after the reaping.
Skill:Memorized the everything there is to know about math, and he can count in second nature. He is strong and fit for a fight, and can weild two daggers lethally.
District Token:A necklace locket that has his father's face thats smiles upon him. His father died in an expirement and the whole research facility exploded. (wasn't his fault though)

i know this is horrible, but i'm growing attached to my Annatta character.
*huggles*
lol.

umm... sure i guess. i was just using him to fill a spot and i was gonna make him die, but if u want i could allie up with ur charie

Boy from one killed by Annatta. <3

Boy from Six killed by Annatta.

Boy from twelve, killed by Leandra

Name: Rae Jones
Age: 16
Gender: Girl
District: Seven
Appearance: Dark brown hair pulled into a frizzy braid with a tanned skin color from being outside. She's average height for her age with flexible legs and strong arms. She's not so much built like a runner but like a boxer, with broad shoulders and a lean middle. She has large green eyes that are often referred to as "fish eyes." She wears a brown lacy tank top, cargo pants, and steel toed boots in the games.
Skills: Talented with a sword, though she prefers a club when going for an easy kill. After finding that clubs aren't the best weapon, she took up archery and became skilled at making arrows and bows. She is a great shot from far distances and lethal in close quarters. She can even fight with the just an arrow, but that pretty much fails after a while, because the arrow will snap.
District token: Her quiver. It was made from her an apple tree that was in her backyard.

Girl from Five, killed by Rae