Name: Emerald
Age: 18
Gender: F
Personality: strong willed, brave, she likes to dance and laugh(not in the structured sense, but she likes that too)
Appearance: http://www.google.com/imgres?imgurl=h... (Without the tongue stud, this is her idea of a poker face)
Crush:
Boyfriend/Girlfriend:
Bio: Never knew her family, was bounced around from home to home. She's a little depressed because of that and she refuses to smile in photos.
Other: Gets REALLY sick a lot. She tries to hide it because it happens so often that she feels like a burden. 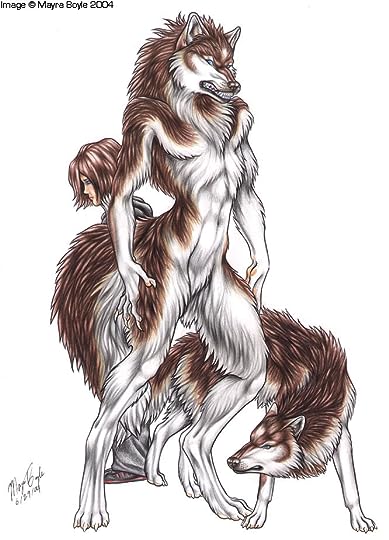 Name- Alec
Age-19
Gender-male
werewolf
App- http://thedistrict13post.files.wordpr...
Per- Alec is nice and shy most of the time but he can be rude and angry, it take alot to get on his good side but once your on it he will start to slowly open himself up to you but one wrong move you'll get on his bad side which is not the place to be, Alec is closed and guraded, very quite but watchful. And will something jump inti thing without thinking if it mean he will safe a loved one, he also has horrible nightmare about his parents death
Status- Single
Crush- Open
History- Alec parents where killed by a group of Vampires when he was still a baby, but before the vampire could kill him a pure white wolf took Alec to a Women name Isobel who told him about werewolves and vampires. Alec only 5 years old at the time was raised by Isobel like he was her child, as Alec grew Isobel became more and more guarded until      One she just left a 13 year old Alec to fend for himself, leaving him a huge amount of cash and a key to a lockbox, inside the box was the Stone necklace, Vervain. wolfbane, and    A map that had Mystic Falls circled on it. On his 17 birthday he comes to Mystic Falls where he has being living ever since
Other- has a white stone that he where around his neck on a cord that is soaked in vervain, so if any vampire touches the cord the vampire's hand will start to burn, the stone sometimes will glow in the moonlight, and when Alec turns into a wolf the cord becomes bigger so it can stay around Alec's neck without choking him

This*is*ur*life*r*u*who*u*want*to*be? wrote: "Name- Alec
Age-19
Gender-male
werewolf
App- http://thedistrict13post.files.wordpr...
Per- Alec is nice and shy most of the time but he can be rude and angry, it tak..."

Will you rp with me if i make a charrie?

heehee give me a minute

Name: Tamika
Age: 18
Gender: Female
Personality: Protective, loyal, sweet, caring, timid, shy, stubborn
Appearance: http://static.desktopnexus.com/wallca...
http://www.google.com/imgres?imgurl=h...
Crush: OPEN
Boyfriend/Girlfriend: None
Bio: She was bit when she was young and grew up as a werewolf. SHe lost both her parents to a fire and lives on her own on the out skirts of town, avoiding most people if she can, not wanting to get close to anyone.
As a child she was beaten and raped, and at 7 she ran from her father as he chased her with a knife, she hid in the woods and ended up being attacked by a werewolf and bitten. She returned home to find both her parents dead and the house on fire. She taught herself how to control her desires and the changes and moved to a small town and lives in a house on the outskirts of town by herself and works in the small coffee shop in town. She is the towns 'Flower' or one of the prettiest girls in town, and she has gotten the attention of alot of men there, though she never shows interest in any of them. She plays with the children alot and they adore her.
Other: She goes out into the woods sometimes and sings and dances. She cooks and bakes and sometimes lets the children follow her home and help her bake cakes and sweets for the people in town.

Name: Jesse
Age: 16
Gender: Male
Personality: Shy, quiet, very childlike
Apperance: Long snow white hair and golden eyes
Crush: Terry
Boyfriend/girlfriend: Open
Bio: All of Jesse's family are pureblood werewolves. He is the middle child of 7. His parents ignored him when he was little, so he doesn't talk much and he is childlike.

Does someone want to make someone for Emerald?