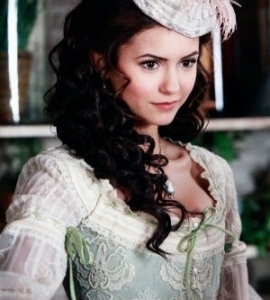 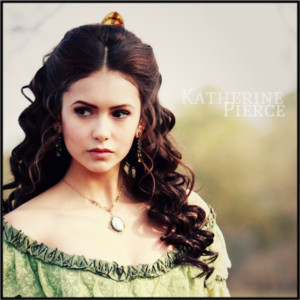 Personality: Katherine is evil and manipulative, and will do anything to get what she wants. She can come by as a sweet and loving girl, but if you really know the true side of her, you'll be completely terrified of her. She won't hesitate to spill blood, whether it be a humans's, werewolf's, or even another vampire's.
Relationship status: In a semi-relationship with Stefan, but she really doesn't like him.
Crush: Open
History: Born in Austria, she's been on the run from one of her mistakes for five hundreded years, traveling all across the globe and killing anything or anyone who got in her way. She was changed by someone she thought she loved, and has been regretting her transformation ever since.
Other: She has been using Stefan, and even though he thinks she loves him, she really could care less.

Personality: He's quite, observant, usually willing to do anything to help someone out.
Relationship status: In a relationship with Katherine
Crush: Katherine
History: Spent most of his life in Miami, but moved once he met Katherine. He had no idea what she was, and didn't even know until he had actually turned. He's still having trouble getting used to his new life.
Other: Still has no idea Katherine is just using him. 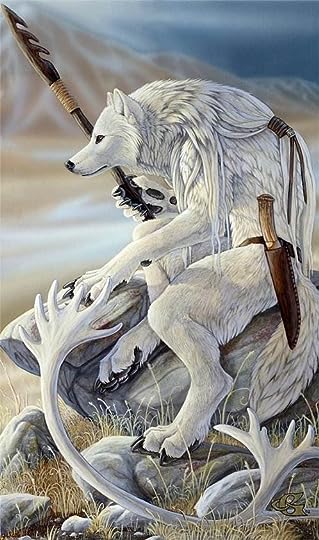 Personality: Can't stand being in a group. Prefers to wander the wild by himself.
Relationship status: Single
Crush: Open
History: He and his brother were always at odds with each other, most of it playful, then one day a werewolf and a vampire came along and gave them a choice. Seth chose to be a werewolf, and his brother chose to be a vampire, now the two are always fighting when they run into each other.
Other: 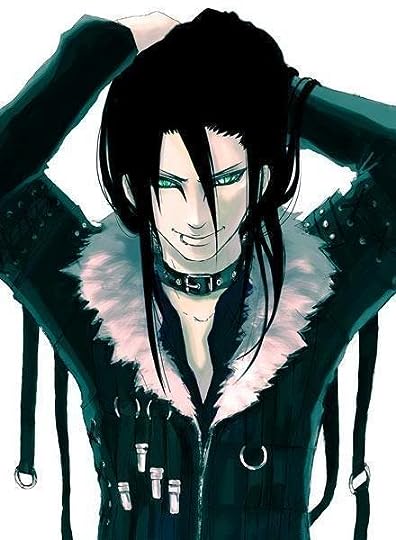 Name: Domitiana
Age: looks 21
Gender:F
Vampire or Werewolf: Vampire
Appearence: http://media.photobucket.com/image/an...
Personality: She keeps to her self. But she seems to know everythign that's going on and treats everything like a chess game
Relationship status: Single
Crush: open
History: You don't want to know
Other: Is very manipulate. Mabye evil but that's for me to know and for you to find out

Name: Dani
Age: looks 17
Gender: female
Vampire or Werewolf: Vampire
Appearence: http://static.desktopnexus.com/wallca...
Personality: Kind, timid, caring, hates being around humans or werewolves
Relationship status: Single
Crush:
History: She grew up in a midieval england before her fiance turned her, she ended up accidentally killing him. She wanders everywhere now, doing her best to stay away from humans.
Other: She loves to sing and dance when by herself, shes never been one for large groups of people.

Name: Emerald
Age: 18 and 18. She's the baby.
Gender: F
Werewolf.
Personality: strong willed, brave, she likes to dance and laugh(not in the structured sense, but she likes that too)
Appearance: http://www.google.com/imgres?imgurl=h... http://img3.visualizeus.com/thumbs/4f... (Without the tongue stud, this is her idea of a poker face)

Family: Brother and sister. She doesn't know them but they know everything about each-other and their lives. Which is bad because Ruby is with the wolves and Alex is a vampire
Crush: OPEN
Boyfriend/Girlfriend: NONE but also open
Bio: Never knew her family, was bounced around from home to home. She's a little depressed because of that and she refuses to smile in photos.
Other: Gets REALLY sick a lot. She tries to hide it because it happens so often that she feels like a burden. 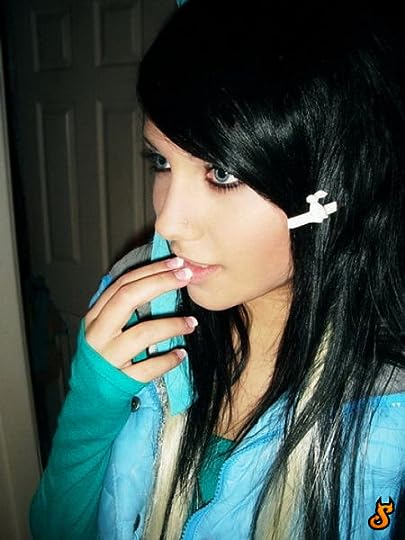 Name- Alec
Age-19
Gender-male
werewolf
App- http://your-hairstyles.com/img/arts/2...
Per- Alec is nice and shy most ifthe time but he can be rude and angry, it take alot to get on his good side but once your on it he will start to slowly open himself up to you but one wrong move you'll get on his bad side which is not the place to be, Alec is closed and guraded, very quite but watchful. And will something jump inti thing without thinking if it mean he will safe a loved one, he also has horrible nightmare about his parents death
Status- Single
Crush- Open
History- Alec parents where killed by a group of Vampires when he was still a baby, but before the vampire could kill him a pure white wolf took Alec to a Women name Isobel who told him about werewolves and vampires. Alec only 5 years old at the time was raised by Isobel like he was her child, as Alec grew Isobel became more and more guarded until      One she just left a 13 year old Alec to fend for himself, leaving him a huge amount of cash and a key to a lockbox, inside the box was the Stone necklace, Vervain. wolfbane, and    A map that had Mystic Falls circled on it. On his 17 birthday he comes to Mystic Falls where he has being living ever since
Other- has a white stone that he where around his neck on a cord that is soaked in vervain, so if any vampire touches the cord the vampire's hand will start to burn, the stone sometimes will glow in the moonlight, and when Alec turns into a wolf the cord becomes bigger so it can stay around Alec's neck without choking him 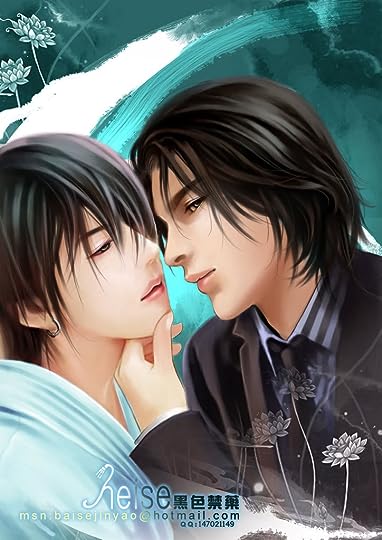 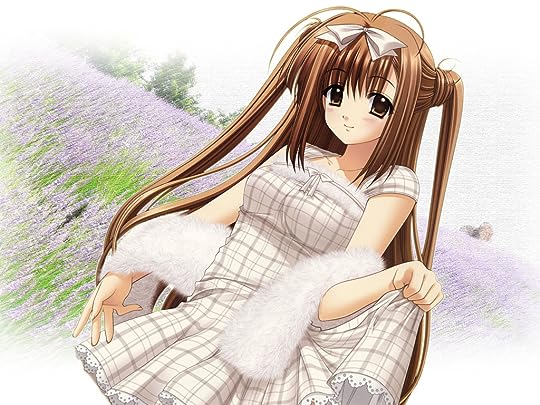 Name: Katolinda (kat plz)
Age: 14(for a while)
Gender: girl
Vampire or Werewolf: vamp
Appearance: long silver hair, silver tank top, black jeans, bare-foot, silver eyes, thin and pale, dark lips, sharp black nails
Personality: is kinda evil but would do anything for her friends when it comes down to it, shes smart,fast, and loves to fight(and bite)
Relationship status: single but
Crush: ...
History: wont speak of it to ANYONE...
Other: has 2 silver daggers 1 strapped to each ankle


reply | flag
message 15: by [deleted user] (new)
Feb 27, 2011 01:29PM
Name: Alessa
Age: looks about 17 but is 1241
Gender: F
Vampire
Appearance: http://view2.picapp.com/pictures.phot...
Personality: She's sweet and innocent and nice, and will do nothing to hurt anyone unless they're hurting her. She's not a fighter, but she'll fight for what she loves.
Relationship status: Single
Crush: open
History: Alessa has been after the Salvatore family for centuries. She knows who they are and what happens when they are turned, and she's been trying to stop it.
Other:

Name: Cara (for one of them) Zyra
Age: 18, 17
Gender: Female
Vampire or Werewolf: Vampire, werewolf
Appearence: short light blond hair with blue streaks, long straight black hair
Personality: tends to overreact sweet once you get to know her, shy and mysterious
Relationship status: single (both)
Crush: open, not interested
History: the vampire that turned her killed all of her family but her twin sister Sara, Has amnesia
Other: ?

Name: Saddie
Age: 18
Gender: female
Vampire or Werewolf: half and half
Appearence: 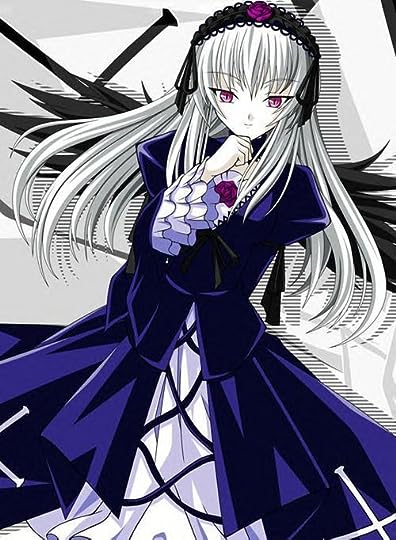 Personality: nice but like to be alone
Relationship status: none
Crush: open
History: Her mom was a werewolf, and her dad was a vampire.
Other:

Personality: Hunts alone,but is looking for a mate that doesn't get caught up with the modern world.true to her words and fierce when protecting some she loves.
Relationship status: UNsingle with scar.((anyone wanna act him out??thtad be nice...))
Crush: scar
History: abandoned at birth,has always been a werewolf and grew up with a real werewolf pack until the sickness killed all of them. adandoment and betrayal has forced her out alone.
Other: hehehehehehehehehe 8)


ask if you what ot join.this is a werewolf pack.


ask if you what ot join.this is a werewolf pack.

I can join right?

Personality: Funny,smaty,caring,loveable,random,tough,brave,out-going and loves to hang with her friends.
Relationship status: Single
Crush: Open
History:TBA
Other:

Name:Shade
Age:17
Gender:female
Vampire or Werewolf:werewolf
Appearence:looks like me
Personality:nice smart kind funny
Relationship status:single
Crush:seth
History:ran away when she w..."
Uhhh hey guys i lost my password to my profile and it's me Sarah

The Awesomest RP Group Ever! xD