Rp(s) they are in: City Life 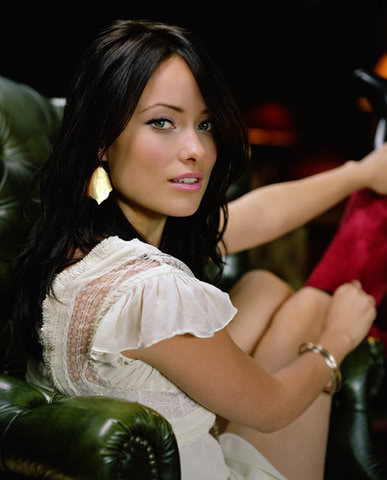 Personality: sarcastic, hard working. She doesn't like being very open with emotion.
Shifter: Black Panther, usually only when she really loses her temper or on instinct
Family: open
Friends: open
Love Interest: open
Other Info:

RP(s) they are in: City Life
Name: Sebastian
Gender: Male
Age: 21
Appearance: (Im having issues getting a picture up :P) Black hair spiked up in random directions, dark blue eyes, lip ring on left side
Personality: Quiet, can be cocky
Shifter: Raven
Family: Doesn't have one, he was adopted
Friends: Open
Love Interest: Open
Other Info:

Rp(s) they are in: City Life, Amazon

Both approved as far as I can tell ^_^

Rp(s) they are in: city life

Rp(s) they are in: City Life

Name: Kaya Black
Gender: Female
Age: 19
Appearance: http://i54.tinypic.com/66xdvp.jpg
Personality: She's cool and relaxed. Her life mantra is to Live and Let live. So if everyone keeps their nose out of her business, she's gon'be okay.
Shifter: A black husky.
Family: Dad, who is usually in some other country working on some super secret office work. aka, she doesnt give a shit what her dad does, as long as there is money in her account.
Friends: Open
Love Interest: Open (but she aint too keen for it.)
Other Info: meh..

Rp(s) they are in: City Life, Suburban

its written right there, She is in City Life.

Roleplay: City Life
Sidenote: He's a copied character, if anything is off, let me know

Name: Gregory Stratford
Age: 26
Gender: male
Personality:
Gregory is a very intelligent man. He has a mind that thrives on knowledge and also on competition. As a child he was a competitive learner, which didn't earn him many friends at all sadly. In a way, he views himself not as antisocial but more as independent. Some would say that he's just an overconfident and isolated asshole. This is not so, he doubts himself of course, like any other would, but his deeply buried fear of rejection and social isolation which would lead to a forever lonely life causes him to keep his fears to himself.
Aside from his intelligence, he's also very rebellious at times. Some might call him ignorant to the regular social order of things, the way he acts. For a nearly thirty year old man he can be very, very childish. Other times, however, he can be wise beyond his years. He's a huge fan of puzzles that the average person cannot wrap their head around, mostly because of how it makes him look superior over the others. He's of course impulsive, some say too much, but what they don't realize that he attempts to think through his plan to the fullest extent before doing something that could either hurt himself or other people that he either cares for or just wouldn't want to hurt in order to make a point.
Appearance:
Gregory
Greg is, at first sight, tall. He has dirty blonde hair the color of sand and steel blue/grey eyes. The color of his eyes varies depending on what color he wears, but to some people they can be overwhelmingly intense. His face is weatherworn in a way, very rugged with somewhat jagged features. You may notice that his hands can be calloused, rough to the very touch. This is because of his constant musical talent. You can usually find him at home with a drink and his guitars or piano, maybe reading one of his favorite mysteries from Sir Arthur Conan Doyle. But back to his looks, before I go too far off topic. He he’s stubble, not a flat out beard but his disheveled unshaven look makes him look a bit aged, but also rugged, which he's been told suits him very well on several occasions.
Occupation:
He's a medical diagnostician; a serious man that likes to get to the bottom of things. A detective in his own mind, Greg will go to insane lengths to find out what's wrong with his patients.
Family:
His parents live in Boston, his mother and father were perfectly normal, but also perfectly oblivious. Greg had a brother James who constantly abused him both physically and mentally. He would constantly but the baggage of being the youngest on Greg, telling him that he had to be like his big brother, whom everyone thought was just this perfect football player with the awkward little genius brother. But James was embarrassed by his brother not being the sports fan he was, and for that Greg was constantly hit; beat up, hurt, and by his brother and his friends. Eventually he figured if he started fighting back, it would be fine. As soon as his brother got his ass kicked, Greg gained popularity, and with that came a girlfriend. His high school sweetheart got engaged to him at 19, right out of high school, and broke his heart at 20 when she left him because of his social isolation. She felt being with him was too lonely and that wasn't what she wanted. He never fully recovered from the emotional breakup, and though he had other one night stands, his relationships were short lived as he sank further into isolation and depression. He covers his depression and lack of trust in the human population with sarcasm and intelligence.
Crush:
He doesn't have one, and if you really are willing to deal with h is screwed up past, then your going to have to struggle to win his trust. He's definitely not easy to get, sure he'll look at women, make objective remarks about them, but he's far too scared to just dive into a relationship without knowing what he's getting into.
Other:
Shifter: Grey wolf
Shifter appearance: A Wiley and mean looking grey wolf, with ice cold eyes 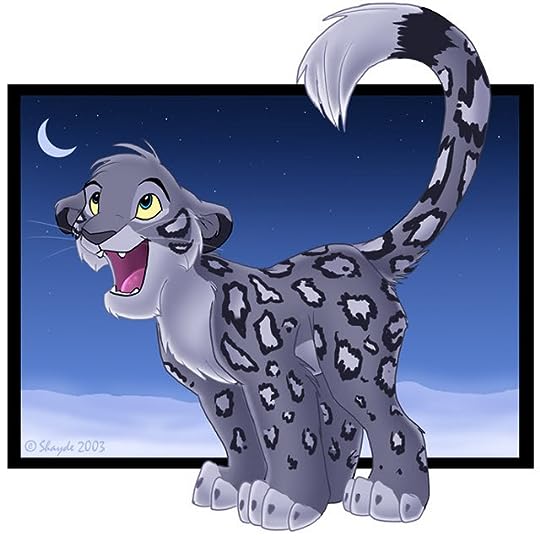 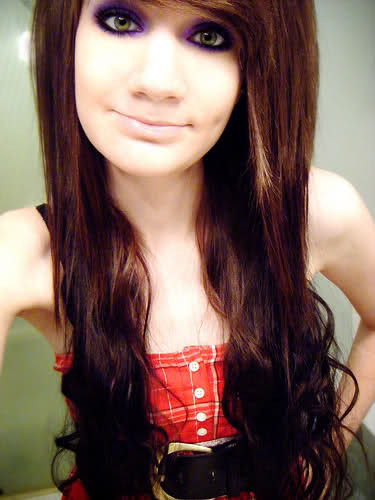 Name: Sora Blue
Gender:Female
Age: 15
Appearance: http://t2.gstatic.com/images?q=tbn:CB... ( one eye blue, one eye red)
Personality: harsh ( sometimes) quiet--ish -_-'
Shifter: White Wolf
Family: no one
Friends: wants to make friends
Love Interest: no one
Other Info: parents got killed by a black wolf,she saw him killing her parents (only her parents died. what luck) and the black wolf bit her, so every time the day of death comes, she cries black tears.

Name: Luk Skywalker
Gender: Male
Age: 15
Appearance: Creamy Brown hair, with thoughtful green eyes
Personality: nice, figety
Shifter: Cream Colored Tiger
Family: Has none
Friends: Sora and Max ( i ruined the story, YAY!)
Love Interest: Maybe...!
Other Info: His hand for some reason is hairy and has black claws instead of nails, something bad happened when he first shifted