I read a book several years ago about a murder set in ancient Egypt. The opening chapter involved the death of a woman. The main character was male and worked in the government as an investigator or something. People were also stealing treasures from one of the pyramids.

In one scene, several boats were floating down the Nile and the hero fell or was cast overboard. The details are sketchy.

Does that ring a bell for anyone?

The book was part of a series. I'd like to read the series b/c I remember enjoying the book, but can't remember the author's name or the title. I have found someone named P. C. Doherty who writes about murder in ancient Egypt, but from the description of his books, I don't think he's the author.

Mod
Sorry Delaney. That doesn't sound familiar to me... although I can't wait for one of our intrepid members to come up with the title because it sounds like something I would adore!!

Believe me, it was a really good book, Hayes. It held my attention and the author really did their research. I learned quite a bit about the culture, how they prepared bodies for burial, and the forensic techniques used during that time period.

I would also have thought Doherty, of how about Christian Jacqs, or even Wilbur Smith or Pauline Gedge.

What's the Name of That Book?

I found it! As I was reviewing the suggestions from Bettie on Amazon, I found the book: Year of the Hyenas: A Novel of Murder in Ancient Egypt. And Bettie, I'm going to have to check out those other authors. Pauline Gedge and Wilbur Smith especially. They have some very good reviews.

But really, given the current interest in Scandinavian mystery writers, you would think he would be available in English!

How arrogant we are, us westerners, in assuming that everything should be in a goodtogo package where other(ew!) languages are not given the light of day

I need to brush up on xenophobia...
(as you can imagine my tummy is splitting with all the fun)

reply | flag
message 10: by [deleted user] (new)
Dec 05, 2010 02:31PM
I don't think it's xenophobic to wish for a translation of a book into a language you can read. I don't know too many people who can read Icelandic. I imagine Mr. Mani would be happy if his book was available to a larger audience.

At a pinch I would say that is exactly the mind-set that revolts other communities around the globe.

In global terms 'who are you' to be asking for a translation?

reply | flag
message 12: by [deleted user] (new)
Dec 05, 2010 03:36PM
Then, with that attitude, there would be quite a few books I will never be able to read, quite a few voices I will never hear. And, they will never hear mine, either, unless English books are translated into other languages. So, who wins in your scenario? I don't demand a translation, I merely desire one.

Desiring rather than demanding is quite a different kettle of fish, and I am SO with you on this but tip my hat at those who do not wish it to be so. 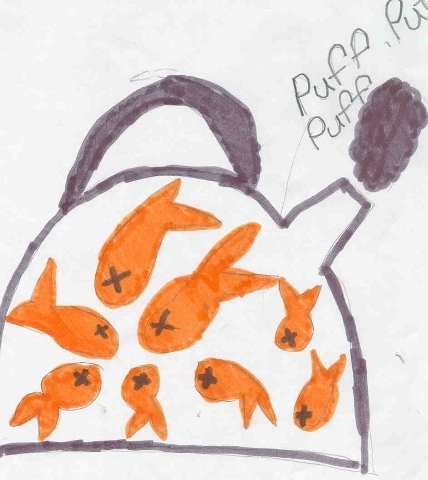 When you say this in outrage "unless English books are translated into other languages", I ask why that is so preposterous to your demeanour. Gandhi I am not but I do appreciate his logic.

Was it either Lynda S. Robinson or Lauren Haney?

Mod
Shay wrote: "Was it either Lynda S. Robinson or Lauren Haney?"

She found it... (see message #6) It's Year of the Hyenas: A Novel of Murder in Ancient Egypt

The Mystery, Crime, and Thriller Group

Year of the Hyenas (other topics)