30 views
RETURN OF THE ROMANCE > Characters

Mod
Name: Frelken "Freckles" McIlwein
Age: 18
Gender: Male
Personality: Sweet, caring, and a wonderful friend, but his weakness is that he can be TOO caring sometimes.
Appearance: Very pale with a dark freckled face that can charm. He is very tall and lean with bright blue eyes, and his hair is down to his elbows but doesn't make him look feminine at all.
Family: His mother, father, and his sister Ellen.
BF/GF/Crush: Becca, Helena
History: His parents were the grandchildren of billionaires, making Frelken a millionaire when his parents die, but his parents have bought a very normal house because they know him and his sister do not want to be thought of as rich.
Other: He's great at karate and loves Japanese decor.

Mod
Name: Jared Mclellen
Age: 18
Gender: Male
Personality: Super duper protective of his younger sister May. But he's really nice to you. As long as you're not interested in his sister.
Appearance: [image error]
Family: May.
BF/GF/Crush:
History: He and May have always grown up super close, getting in fights all the time but never seriously. They spend a lot of time together.
Other:

Name: May Mclellen
Age: 16
Gender: Female
Personality: Not afraid to be strange, or helpful, or anything. She's a tomboy, is testing for her blackbelt in three months, and her favourite thing in the world is football.
Appearance: [image error]
Family: Jared.
BF/GF/Crush:
History: See Jared ^
Other: 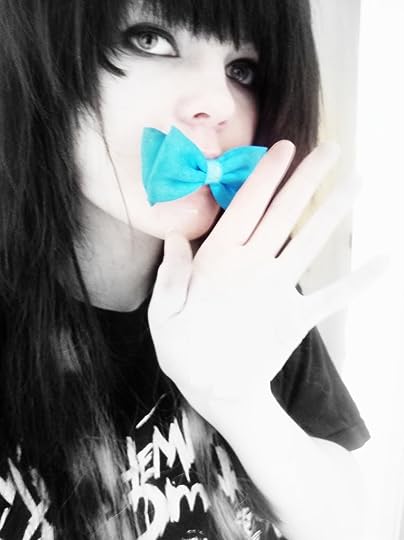 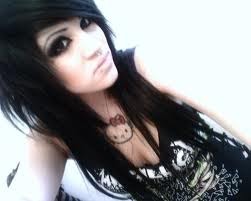 Family: Dead Mother, father, stillborn baby sister.
BF/GF/Crush: Frelken
History: She's moved 7 times because her father tried to drink himself to death because of her mother's death in childbirth. She was sent to 5 foster families before her dad got out of rehab and welcomed her with open arms.
Other: She has type 1 diabetes, but it's controlled, and she loves Hello Kitty and 5 Gum.

Mod
She'll be back :D

Mod
Sorry guys. Mutual. Assuming both of you know what it is.

Family: His parents are divorced, he never sees his mom, his dad's remarried.
BF/GF/Crush:
History: He always hides it, except the fact that his parents are divorced.
Other: Somehow he's friends with Colby, although he definitely disapproves of the stalking. No one-including him-really knows why they're friends.

Mod
Name: Achelle
Age: 16
Gender: Female
Personality: Dark, depressive, the usual emo stuff.
Appearance: [image error]
Family: Her twin, Marianne-although she won't admit it.
BF/GF/Crush:
History: She hated the fact that people mixed her and Marianne up, so she dyed and cut her hair, wore a lot of makeup.
Other: 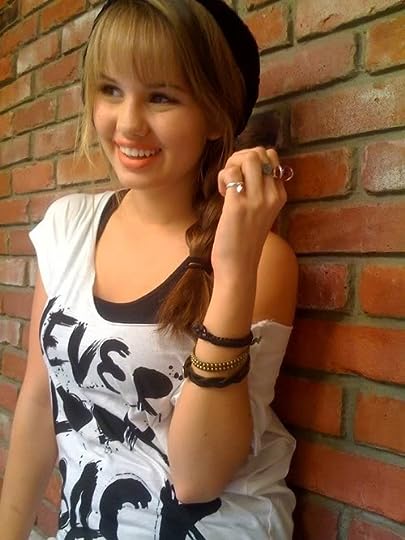 Family: Achelle-and proud of it.
BF/GF/Crush:
History: She's always tried to do things for her sister, tried to be close to her.
Other:

Mod
OHBYTHEWAY.
When mods make characters, they're automatically approved, so if you were waiting, you don't have to :)

reply | flag
message 22: by [deleted user] (last edited Oct 22, 2010 12:44PM) (new)
Oct 22, 2010 12:44PM
Name: Reigna "Rain" Urgent
Age: 17
Gender: Female
Personality: Reigna is a pretty chill girl, she loves to have fun and fool around with her friends but she is a very short tempered person. She talks.....a lot and get's on people's nerves and is very annoyingly honest.
Appearance: http://www.google.ca/imgres?imgurl=ht...
Family: She has a Step Dad,Mom, and two older Brothers
BF/GF/Crush: She doesn't really develop crush's but develop's love which everyone thinks is stupid
History: When Reigna was a little girl her Mom got seperated from her Dad and then moved out of the town to a bigger city and got married again after a few years, she doesn't really mind her Step Dad but her older Brother's hate him for some reason. She still see's her Dad but every once in a while, maybe about 2 every 6 months.
Other: She is a Vegetarian

Name: McKenzie Strauss
Age: 17
Gender: Female
Personality: Stuck up, bratty, and uncaring, yet she expects everyone to love her.
Appearance: 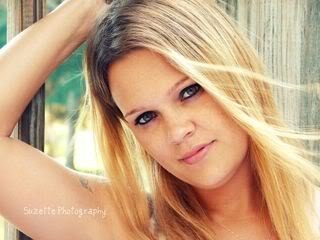 Family: Mother, Fatther, and Brother Steven
BF/GF/Crush: None
History: Her parents were always rich...until the business went bankrupt. Now that she's poor, she has to live in a smaller neighborhood and eat out less often, as well as quit her gym membership.
Other: She's a huge Usher fan, and she thinks that South Carolina is the anus of America.

Name: Steven Strauss
Age: 19
Gender: Male
Personality: Humble, mousy, keeps-to-himself, but if he makes a friend, that person is his best friend and he trusts them with his life.
Appearance: 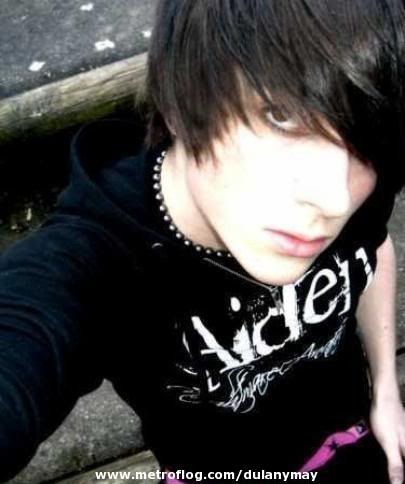 Family: Mom, Dad, and his bitchy sister, McKenzie.
BF/GF/Crush: Lily
History: He's always been the quiet one in his family, and when his family went bankrupt, he was actually happy to be in a smaller house.
Other: He's a huge fan of Attack Attack! and listens to music all the time. He's failed 12th grade twice but now he focuses on studies more.

Name: Lily Inman
Age: 16
Gender: Female
Personality: Sweet, caring, outgoing, and just plain friendly.
Appearance: [image error]
Family: Only her dad, her mom is a prostitute and ran away 7 years ago.
BF/GF/Crush: Steven
History: She's lived in South Carolina all her life. When her mother ran away, it didn't really hurt her as much as her dad, and she's always kind of been her dad's caretaker and best friend.
Other: She loves all types of music, but she's loved techno all her life and she can DJ like a boss.

Can someone R with my char please? ^_^

Mod
They're not crushing on each other, they're going out :)
And IDK, I just felt like it.

Family: He's on his own, his parents both died when he was young and he got out of the orphanage when he was 17.
History: It was when he left the orphanage that he enrolled in the rest of his schooling. There he became best friends with Steven.
Other: He's famous on the internet.

Mod
I get too bored on the roleplay, sometimes. I think I'm gonna add even more guys now :)

Let me change the picture, though, Im just not feeling it.

Mod
There yah go!
He was a guy I created on the Sims 2 (With custom content, of course!) and he turned out REALLY HOT so I had to find the correct picture of him. Im in the process of making a set of twins as of late.

Mod
Name: Chris Frank
Age: 17
Gender: Male
Personality: Stuck up, he think's he's such a badass and can do anything.
Appearance: 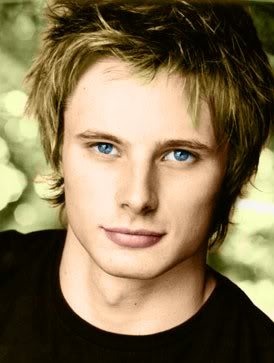 Family: Twin Brother, James, and sister, Kaylee, who is 5.
BF/GF/Crush: None
History: He's been through girl after girl, he's always been the stuck up jock, and he never cares about anybody but himself and the junk in his pants.
Other: He's (obviously) a player and cannot have one girl without the other.

Name: James Frank
Age: 17
Gender: Male
Personality: Totally opposite of his twin. He's somewhat bashful and thinks lowly of himself, and is slightly depressed.
Appearance: 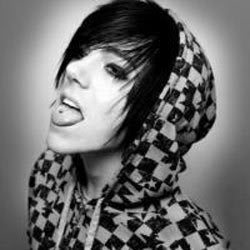 Family: Twin Brother, Chris, and Little sister, Kaylee.
BF/GF/Crush: None
History: He's been through a lot with girls that he's just too afraid to try his hand at dating again.
Other: He's highly more mature than his brother.

Can someone make a crush for Jessica please?

Mod
James and Chris are both single...

Oh cool. Can one of them RP with my charrie?

Mod
Sure :)
Chris is the big jock guy, still in P.E. because he loves giving the scrawny white guys a run for their money.
James is the totally opposite emo boy who is currently cutting class :)

Mod
Chris because he's not ditching. But warning: He's a playa :)

Zoey *Respect the Breasts* wrote: "Chris's pic looks sooooooooo familiar. Is he the guy from Roswell?!?"

No he's Arthur from Merlin.

Mod
I want to make another girl or two. I love making characters <3

And okay. I will later, I feel like a lazy bitch.