24 views
Thanks for Joining! > A Bit about John: For all you new readers..

Mod
John Saul was born in Pasadena, California on February 25, 1942, and grew up in Whittier where he graduated from Whittier High School in 1959. He attended several colleges—Antioch, in Ohio, Cerritos, in Norwalk, California, Montana State University and San Francisco State College, variously majoring in anthropology, liberal arts, and theater, but never obtaining a degree.
After leaving college, he decided the best thing for a college dropout to do was become a writer, and spent the next fifteen years working in various jobs while attempting to write a book someone would want to publish. Should anyone ever want to write a novel concerning the car-rental industry or the travails of temporary typists, John can provide excellent background material.

Those years garnered him a nice collection of unpublished manuscripts, but not a lot of money. Eventually he found an agent in New York, who spent several years sending his manuscripts around, and trying to make the rejection slips sound hopeful. Then, in 1976, one of his manuscripts reached Dell, who didn't want to buy it, but asked if he'd be interested in writing a psychological thriller. He put together an outline, and crossed his fingers.

At that point, things started getting bizarre. His agent decided the outline had all the makings of a best-seller, and so did Dell. Gambling on a first novel by an unknown author, they backed the book with television advertising (one of the first times a paperback original was promoted on television) and the gamble paid off. Within a month Suffer the Children appeared on all the best-seller lists in the country and made the #1 spot in Canada. Subsequently all 32 of his books, have made all the best-seller lists and have been published world wide. Though many of his books were published by Bantam/Doubleday/Dell his last fourteen books have been published by Ballantine/Fawcett/Columbine.

In addition to his work as novelist, John is also interested in the theater. He has acted, and as a playwright has had several one-act plays produced in Los Angeles and Seattle, and two optioned in New York. One of his novels was produced by Gerber Productions Company and M.G.M. as a C.B.S. movie and currently one of his novels is in development.

John lives part-time in the Pacific Northwest, both in Seattle and in the San Juan Islands. He also maintains a residence on the Big Island of Hawaii. He currently enjoys motor homing, travel and golf. He is an avid reader, bridge player, golfer and loves to cook.


Special thanks to www.johnsaul.com for this information

Mod
A few of many quotes on John Saul: 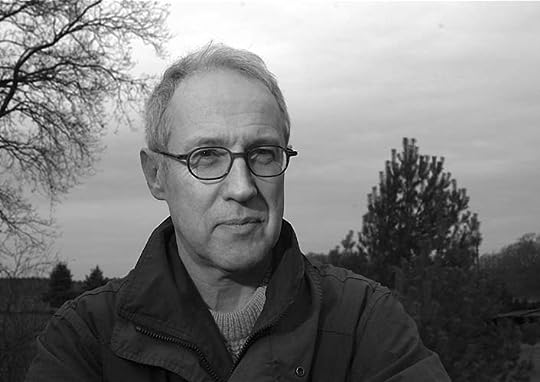 New York Times..."Mr. Saul is a skillful writer..."
Atlanta Journal..."Another thriller by one of the masters of the genre."
UPI..."Shadows is a romping good read...Great stuff, you won't want to miss this one."
L.A. Times..."Sleepwalk has a finalé that Cecil B. Demille would have died for."
People..."Saul has the instincts of a natural story teller"
Press Enterprise..."Shadows is the best of any horror novel (or any other kind, for that matter) to arrive this season."
Tulsa World..."Normally I don't read this kind of book, but I'm glad I did. John Saul kept me spellbound to the horror with exquisite details that rallied primeval fears from darkness that dwells below the subconscious in us all."
Denver Post..."Won't disappoint readers."
Dayton Voice..."John Saul's a master of description and storytelling."
Boston Herald..."Saul has written a tidy spine tingler."
Publishers Weekly..."His 18th novel, no exception, is a snappily paced extravaganza..."
Kirkus Reviews..."Saul is...creepily compelling. A skillful manipulation of primal fears about the natural world and the corruption of innocence."
Seattle Times..."All the right scares in all the right places."
Detroit News..."A writer with the touch of raising the gooseflesh."
San Francisco Chronicle..."Tantalizing."
Cosmopolitan..."Every paranoid twinge...is expertly, shockingly exploited."
San Diego Tribune..."Each chapter leaves you breathless for more..."
Providence Journal..."Reading Saul is like being buried alive in a nightmare...he haunts his shadowy realm ingeniously and persistently, and I think that Nightshade may be his masterpiece."
Playboy... "Black Creek Crossing (is a) hair raiser worth your time. Just when you think you've read it all before in Carrie, Pet Cemetery and The Shining the plot bends toward something we'd title Revenge of the Witchcraft Nerds. Even professors like a good scare, don't they?"
Mystery News Review..."To say more about the characters and the plot of Perfect Nightmare at this point will most certainly interfere with readers experiences when they read this highly recommended thriller. So, let me just say instead that John Saul has proven once again that he is one of the most skilled craftsmen in the genre of psychological thrillers."

A veteran of publicity, John made over 400 radio and TV appearances including Politically Incorrect, Hollywood Squares, The Travel Channel Feature and has been featured in over five hundred newspapers and magazine articles, including People, Newsday, The New York Times, Los Angeles Times, Variety, Hollywood Reporter, Chicago Tribune, etc.
In 1990 the Young Adult Division of the American Library Association put Creatureon their prestigious recommended list.
In 1990, John received the Pacific Northwest Writers Conference Lifetime Achievement Award.
In 1991 The New York Public Library selected John Saul's Second Child to be on the "1991 Selected Books for the Teenager."
The Evergreen Young Adult Book Award selected Creature as the number one book for 1991.
John is a past member of the Expansion Arts Panel of the National Endowment for the Arts.
John has been keynote speaker at Sacramento Reads, Northwest Writers Conference, Michigan Library Association, Santa Barbara Writers Conference, Maui Writer's Conference, and others.

Mod
John is also a lover of masterful wood working, his pieces have been featured all over, and in such magazines as Fine Woodworking. His desk was designed and built by Joel Shepard. This is where the magic happens people. lol. Check it out! 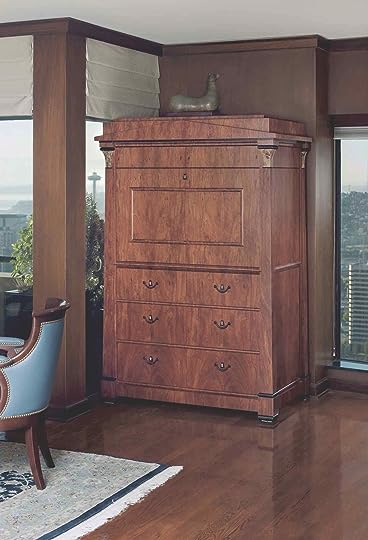 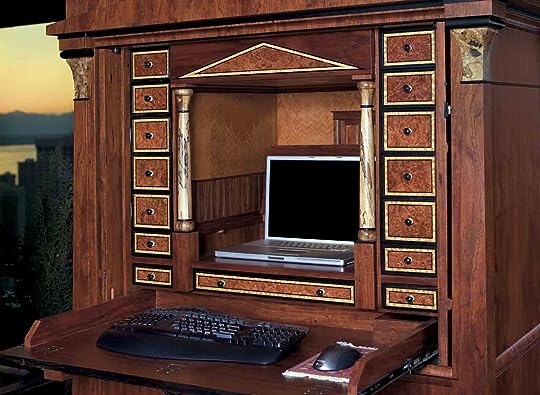 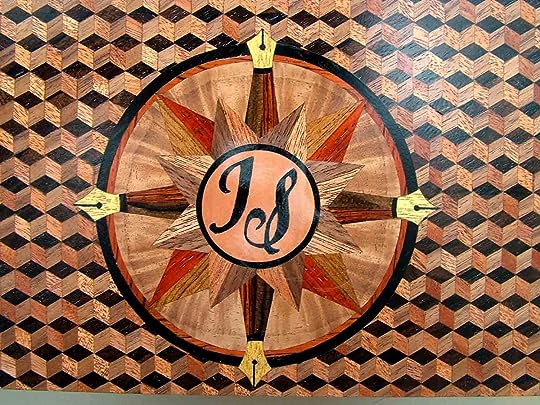 Mod
Holy Cow! That is some desk and wow that's a lot of info - you've really been doing your research Jenna. I hope you're able to keep up this kind of greatness :-)

Mod
I know?! How would you like to write your novels on that! I wouldnt complain. Im trying to keep up, but he has not done much on his site for ages!!