Name: Lucinda "Luce" Price
Age: 18
Vampire/werewolf age: she has existed for 130 years since her birth in 1880, and has been a vampire for 112.
Gender: Female
Personality: tb rped
Power: mind reading and resisting the powers of others (really more of a talent she has developed)
Species: vampire
Looks: She has white skin and long, straight, black hair. She is, you know, really beautiful.

Mod
cool! all my buds joined!

Name: Seth
Age: 17
Gender: Male
Personality: He's outgoing but shy most of the times. He loves having a companion around with him. He has a split personality to be dark and evil. He has a job and he has to get it done, so even if you're on the edge of dieing-you're the prey, he's going to kill you.
Power: Tracker. He knows the location of your being-Hacker: Can control, read, add, erase or just mess with your thoughts
Species: Slayer
Looks: 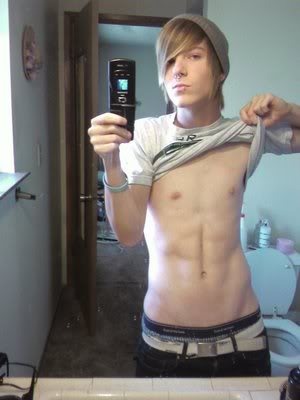 Weapons(optional): Very handy with a dagger and two halves of a sword he loves to carry around
Other:

Nickname: (Code Name given to her by the Society) Echo

Personality: She doesn't really have a personality of her own, since she was brainwashed from an early age not to think for herself and to follow orders, but is very sweet and kind-hearted, although extremely troubled.

History: Renee witnessed her twin brother get murdered by a Werewolf and Vampire, while her parents were long dead in the next room over, being lacerated painfully multiple times for information they didn't have. She was then found by a 'Special Man' and got trained by a "secret society" to be a slayer. They beat and abused her, torturing her into obedience, and doesn't want to be hurt again, so uses her ability on herself to protect from further harm, to not feel guilt, and to manipulate enemies.

Weapons(optional): Has a Double Bladed Pole-arm and two shanks strapped to her legs.

Other: Has a beautiful singing voice, but hates to sing.