Name: Cinder
Age: 17
Gender:female
Personality: nice, calm, reserved, shy. funny, witty, brave, rebellious, stubborn, sensative
Appearance: black hair, long and curly, midnight blue eyes, all the way throughout, no pupil or white, over 6'5" tall, long legs, beautiful
Crush: open
Family: muggle mom, magic dad, twin brother, little squib sister
Friends: none, only a few aquaintances, but she wants some... and a boyfriend, while she's at it!
House: Gryffindor
Wand: Heavily weighted; 14 and a quarter inches; birch, one of the very few rare of this type; dragon scales and pheonix feather
Other: not many people like her, but they just don't understand her. her mother died when she and her twin were born, and her little sister is her dad's kid.she is called a freak.

Name: Ivy Ross
Age: 15
Gender: Female
Personality: Ivy is relaxed and gentle. She can be very very sensitive and timid at first. She loves to talk to friends and talk pictures. She likes to learn new spells and make potions and friends. Ivy can also can be rebellious at moments. When she was younger, her parents and grandparents called her "Magnificent Ivy".
Appearance: Ivy has long, wavy, blond hair with bright, green eyes. She is tan and has large, but not super large, eyes and full, thick lips. She is tall and slim and works with her hair and make-up for at least an hour each morning.
Crush: Open! (:
Family: Her mother is a wizard as well and her father is a muggle. She has no siblings but lots of cousins and her grandparents.
Friends: Ivy had to leave her friends behind when she moved to Hogwarts.
House: Hufflepuff
Wand: 10 inches, hickory, dragon heartstring
Other: This is her first year at Hogwarts.

Mod
Kay. Sorry, i got the spelling of Gryffindor by another thing.

Mod
I play World of Warcraft, so I'm fine with text talk. In the game, its just use what's quicker.

Mod
Nah, seriously, I take out 5 books from the school library daily.

I suppose we're all pretty messed up, huh.

Mod
Uh-huh. MY FRIEND DREW A DARK MARK ON MY ARM AND IT LOOKS EPIC. I will post pictures once I charge my camera.

Savita wrote: "Uh-huh. MY FRIEND DREW A DARK MARK ON MY ARM AND IT LOOKS EPIC. I will post pictures once I charge my camera."

I Henna-d a tattoo of the Deathly Hallows symbol on my upper arm last night. It looks so cool.

Name: Deuil
Age: 16
Gender: F
Personality: In contrast with his looks, he's actually very kind-hearted and loyal. But he's devilishly mischeivious, and fatally sinister and conniving. He's cunning and ingenious, a mastermind of sorts, and doesn't pay much mind to getting into trouble.
Loves Quidditch.
Appearance: Dark, deep brown hair, shaggy and a bit long, falling into dark, nearly black eyes, with a greatly conrasting icy blue circle around the outside. The pupil blends in, making them endless.
Nicely built body, corded muscles, lean, tall, beautiful in a manly way, handsome.
He's good looking, with soft skin over rough calluses.
White teeth, covered with silvery braces, sadly. But he'll have them off by next year, at the latest!
Crush: Savita ((Is this okay?))
Family: Sister, one year older, in....*scowl*...Gryffindor.
Both parents were magical. Died early on in tghe dark days, they were left as orphans to fend for themselves.
Friends: .......
House: Slytherin
Wand: light-weight; thirteen and a quarter inches; ash, with a pheonix tailfeather core
Other: TBR

Mod
Huh? Oh, yeah, sure of course! It'll be nice to have another Slytherin 'round here! 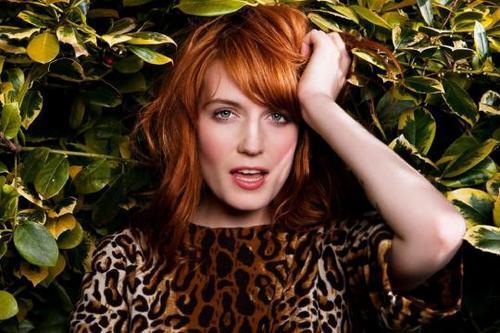 Description: Long, flaming red hair, wavy, with bangs that hang around equally red eyebrows. Eyes that change, from pale green to brown, set into pale-yet healthy looking-skin. Slightly pointed nose and small lips. Slim but strong, tall(5'9 7/12").
Crush: Open.
Family:
Mother-Esme
Father-Redd
Sister(younger)-Ryss
Brother(Older)-Paul
Cat(2)-Aphrodite(Aphy), Serene.
Family History: Her father is a muggle, a man who had been known to go out every night and come back the next morning with a throbbing headache and worse temper, her mother a witch from Hufflepuff. Her magic wasn't strong as a student, and hadn't gotten much stronger since. Paul left Hogwarts a year ago, working in a store in Diagon Alley, her sister now in her second year.
Their house was very close to Kings Cross, making transport there quite simple.
Her father was very abusive, even when he wasn't having a hangover(which was rare) or drunk(rarer), but her mother managed to put up with it for years.
Her father, coming home from another drunk night, killed her mother in a wrathful fury before running out into the night.
In anger upon finding his mother's dead body on the kitchen floor, Paul went out to search and kill his father, h*ll to the consequences. He did, and when he arrived at where the bastard was living, he fought him in the muggle fashion. They killed each other.
Since then, Emily has been living with her grandmother half the week and alone with her sister the other half. They haven't had many problems; the house they live in had been bought before her parents deaths, which were never found out.
Both of her parents are buried in the backyard, in extremely different locations and states. Paul is buried with their mother.
Friends: Very few.
House: Slytherin
Wand: 12 1/2 inches, alder, dragon heartstring. Very sturdy.
Other:

Name: Alaina Gowdrich
Age: 15
Gender: Female!
Personality: Alaina is kind and courageous. She's a little shy at first, but once you get to know her, she's a ball of obnoxiousnous. But not that bad. she can be really talkative and loves to talk about, what else, boys. She also isn't afraid of anything-except spiders, snakes, and Professor Trelawney (She kinda gives her the creeps). Alaina likes tohelp others and be the nicest person she can be. But once she's in a bad mood, unless you are here best friend, I suggest you just walk away and stop talking to her. She will bring a palm to your face.
Appearance:
Girl 1:
http://www.google.com/imgres?q=pretty...

Alaina looks like mixture of both of these girls. She's has the blue eyes of the second picture but the structure and face of the first girl. Her hair is long, brown and thick. Her eyes are a dazzling blue. She is super skinny and about 5'3".
Crush: None..yet.
Family:Her mom and dad are perfectly wizardly and her siblings are too young to go to Hogwarts and her sister already graduated.
Friends: TBD
House: GRYFFINDOR!
Wand: 11 1/2 inches, cedar, unicorn heartstring.