Mod
I love Bast, I have a charrie in World of Warcraft namaed after her.


God/Goddess of: magic, dorrways, crossways.
Abilities (must deal with specialty): Need I
say more?
Family: Sister of Kronos (the actual Titan.)
Friends: TBD
Crush: TBD
Roleplay: Greek. She helps out both brothers, Hades and Zues, but most famously Hades. She is basically what you would say, second in command.
OTher: This might help out a bit more:

In early Greek times she was very powerful and granted human being success in all sorts of activities, from war to fishing. She always kept this power for doing good, but gradually also became known as a frightening goddess of witches and magic.

((This is in smaller print, for some reason))

She was commonly worshipped at crossroads. People left special food for her there: fishes, cakes decorated with lit torches, and sacrificed puppies. ((O.O)) Sometimes she appeared there, accompanied by strange dogs that howled in the night. Her statues usually had three faces or bodies so that they could look in different directions.

Like Artemis, Hecate looked after women in childbirth, and she was very kind to Demeter when she was searching for Presephone. If a Greek needed to use a spell or curse in order to get what they wanted, they called out to Hecate to help them.

Cool facts:
*Furies and draecnes (sp?) are her servants.
*Her sacred animals are dogs and frogs.
*One of the oldest goddesses
*Sister of Kronos

Name: Aetas (the female counterpart of Kronos except not evil
Gender: Female
Appearance: Most people see her as an old crone walking along the streets of cities. It depends on what person wants to see at SOME times. But her true form is that of a young woman with long dark hair streaked with silvery curls and silver-blue eyes. She is a virgin goddess and she despises MOST men.
http://www.fairiesandfantasy.com/mich...
God/Goddess of: Time
Abilities (must deal with specialty): She can stop time and control the paths of the moon and sun.
Family: other gods and goddesses
Friends: open
Crush: none
Other: her face changes from time to time to mortals but the middle of the women in the picture is what her real appearance is.

She is mostly a loner but now and then se'll pick up a partner. People called out to her when they did something they regreeted and sometimes she would let them do it back over again. Some say her cloak is the night sky and others say her sword splits the night sky when day comes. Both are true.

All will-o-the-wisps (small glowing creatures known to trick people into getting lost or walking off a cliff) are in her command. fate is also in her hand. Her temples are small half-way underground silver marble temples. Only women work as acolytes and men arre not allowed in the underground part of the temple.

People look up at the sky and remeber her everytime a shotting star goes past.

Mod
I'll make some other gods and goddesses...

name: zues
gender: M
god: stuff...
powers: stuff!!
other: always a teen and not really like the father person just like a cousin cuz i don't want to be a father thing person

Powers: Can fly and is super fast. He helps everyone when needed. I will edit once I can think right.
Mate: He mates with everyone! :) He is the father of Eros. (if thats okay with you, but thats the way it is in the Greek Myths)
Other:

Name: Athena
Gender: Female
Appearance: http://images2.fanpop.com/image/photo...
God/Goddess of: Goddess of wisdom, war, and crafts
Special Powers: She possesses the standard powers of a god. She is known to transform into an owl. As the goddess of wisdom and war, she is an expert in all forms and weapons of warfare and has all the skills of Metis. She is a more skilled tactician than Ares and prefers thinking to fighting, and uses violence only as a last resort. As the goddess of wisdom she is presumably an expert in many if not all areas of knowledge and is the chief adviser of Zeus.

As Zeus' most trusted goddess on Olympus, she is the only one besides himself allowed to wield the Aegis, (aside from children of Zeus) a powerful defensive item that causes its enemies to flee in fear and terror and is the only item that can supposedly survive Zeus's thunderbolts.
Mate: She has a lot of demigod children.
Other: Nice and hates Poseidon.
Roleplay: Greek

Name: Hera
Gender: Female
Appearance: http://www.michaeldorosin.com/seton/6...
God/Goddess of: Marraige, Queen of Heaven
Special Powers: Superhuman strength, resistance to injury, and all the things all gods have.
Mate: Zeus ((This is what legends say))
Other: Hates Athena and Hercules.
Roleplay: Greek

There is one Egyptian..
I would make an Egyptian Goddess/God, but I don't know them as well as Greek.

Maybe... I know one... Shoot. I forgot his name. My internet is out at home just to let you know. 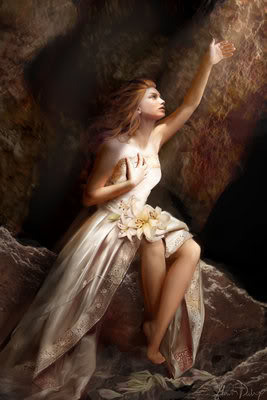 God/Goddess of: Spring
Special Powers: Persephone has the standard powers of a god, and she can call upon animals and plants.
Mate: Uh...
Other:
Roleplay:

Name: Aphroite
Gender:Female
Apperance:(i'll put something later)
God/Goddess:Love and the sea
Speacil powers: Can mack any one fall in love with her
Mate:used to be Hephestus God of Fire and then Ares God of War and is not singel
RP:Greek 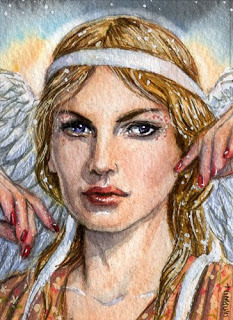 Goddess of: the dawn
Special Powers: Eos can create light from anywhere, including Hades' Underworld. She is also able to stop the sun from rising/make the sun rise at will.
Mate: She was first mated with Orion, but he died. Then with Astraeus, god of dusk, with whom she was married.
Children:
1. Boreas-north wind
2. Eurus-east wind
3. Notus-south wind
4. Zephyrus-west wind
5. Eosphoros-morning star
6. Hesperos-evening star
7. Phainon-Saturn
8. Phaethon-Jupiter
9. Pyroeis-Mars
10. Stilbon-Mercury
Roleplay: Greek

Mod
Boreas...
I did a report on him last year.

Mod
Boreas and Hephiastas are MINE. Keep that in mind. 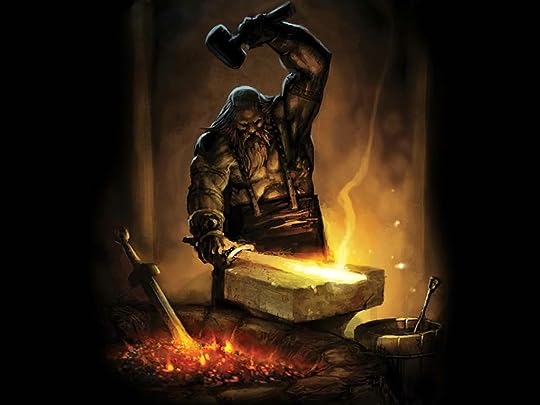 Mod
Boreas.
He's the god of the north wind, and winter. North is most important. So he is of the wind gods.
He can make a blizzard happen anywhere.
Rp: Greek
http://1.bp.blogspot.com/_IbMG8N7bvBw...

MiaNicole wrote: "Do we pick a god/goddess and make them a charrie? Also I wanted to do Artemis because she is the awesomest goddess ever but that's already taken, so who should I do that is related to her?"

Mod
Yes. They are greek goddesses.