Name: Fiona (red head), Sydney (Brunette), Jasmine (blonde)
Age: 16, 19, 20
Gender: F
Appearance: http://www.google.com/imgres?imgurl=h...
Personality: sheltered was homeschooled only dated guys her parents brought home, etc.; Wild, out there, has basically been a trouble maker her whole life; sweet, caring, non drama but it all happens to her
Gf/Bf: open
Family: Her mom, her dad, her four other siblings; no one she cares abou; her mom and dad and new on the way brother
Friends:
Other:
Rp: College,Druggie, College

Can Jaylene and Julian be in a relationship after they talk at the party???

Name: Shadowstar
Age: 1 year
Gender: female
Appearance: Rather like her sister yet even more beautiful, Shadowstar is lean and muscular and pre black, and her fur shines blue-ish pruple in the light. She also has ice-blue eyes, but hers are tinged with darker blue. She has very wide-set , large , almod, slanted eyes, pretty big ears, a huge head, a long tail, long legs, very sharp claws, fangs that stick out the slightest bit and short whiskers.
Personality: Shadowstar is often shamed because she's one of the youngest leaders ever, and because her name is her clan's, which is just kind of annoying. Therefore she is easily angered and can lash out and kill. She's also pretty reserved and highly intelligent, and was rumoured to have killed over 6 cats in her short life.
History: pretty regular

Crush: open
other: none

Name: Monica Listan
Age: 18, 18
Gender: Female
Appearance: http://i154.photobucket.com/albums/s2...
Personality: Monica is very jumpy, always watching. She was turned shortly after watching her boyfriend die, drained by the same vampire who turned her. She hates being a vampire and can't understand why she was turned.
Gf/Bf: Dead.
Family: Mother, who's in a coma. Father, who lays around the house, drunk. Sister, who's in college.
Friends: None of them know she's a vampire.
Other: Was turned by Jeanette.
Rp: Isn't it sorta obvious? Vampire.

Name: Savannah
Age: 17, 100
Gender: Female
Appearance: http://quizilla.teennick.com/user_ima...
Personality: Sarcastic, introverted, sympathetic.
Gf/Bf: Open
Family: She doesn't know them. The vampire who changed her took her away from her family and then abandoned her.
Friends: None.
Other: ....
Rp: Vampire

How do you do the user images from quizlla? I've tried and it doesn't work...

idk. i got the picture from google and the link led me to quizilla.

Name: Jacob
Age: 13, not even a year yet.
Gender: M
Appearance: http://2.bp.blogspot.com/_x39HxBNx2Gw... (brown eyes, black hair)
Personality: Stubborn, gentle, caring, shy
Crush: Open
Family: Has a mother and father but he can never see them again
Friends: Doesn't really have any except for his creator; Savannah.
Other: To be rp'd
RP: Vampire

Name: Tywin Free
Age: 20
Gender: Male
Appearance: He looks like this, http://chairaffairrentals.com/wp-cont... but he wears clothes more like this http://www.honeybuy.com/image/One_But...
Personality: Very intelligent and out there, but he hides it behind curtains of jokes and self-mocking. Very humorous, enjoys a rough shag, but what he really wants(but won't tell anyone) is to find someone that he can really love, and last with.
Gf/Bf: None yet
Family: All back home in England, a brother he calls "George," a mother he calls "Barbara," and a little sister he calls "Barbara two, Georgina, Tywinia, Arya, etcetera." However, he addresses his father by his proper name(Eddard)
Friends: None, yet, but he hopes to change that soon.
Other: Likes to play video games, and is an amazingly talented editor.
Rp: College. 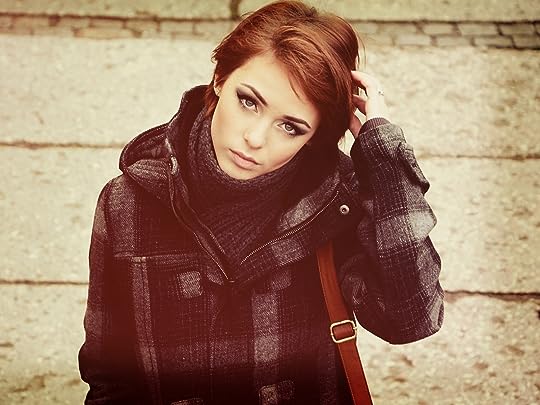 Personality: Elle is a shy girl with an intelligent mind. She can be sarcastic when she feels comfortable with someone but with people she doesn't know, she is very quiet and wishes not to speak with anyone, only to return to her room and read or study. She is labelled as the typical girl who doesn't go to parties or doesn't like to have fun but once she is comfortable, Elle is very bright and kind. She is stubborn and determined.
Gf/Bf: Open
Family: Her mother and father, no siblings.
Friends: She is very withdrawn, so she has none.
Other: To be rp'd
Rp: College