Since the release of Mockingjay on Tuesday I’ve seen a few articles pop up online about casting “The Hunger Games” movie, which Lionsgate acquired the rights to last year.

Entertainment Weekly asked its readers who they would want to play the characters and I saw Nina Dobrev from “The Vampire Diaries” recommended to play Katniss, which I don’t agree with because I think she’s too mature looking. Someone else mentioned Alexandra Daddario from “Percy Jackson and the Lightening Thief” and I think she would be a better fit, but I’d almost prefer for unknown actors to be cast in the lead roles, at least for the kids. I saw Jeff Bridges, Johnny Depp, and Robert Downey Jr. suggested for Haymitch and I kind of like Robert Downey Jr. for the role.

Not that the producers and casting directors would really care what the fans think, but who would you pick if you could cast the movie?

And, while I’m on the subject, I really hope they don’t destroy the movie in some attempt to make it more PG and kid-friendly. I don’t think a movie could ever live up to the book, but I also think that if they try to hold back on all of the violence and intensity, they’ll definitely ruin it.

ha, that was my suggestion! She's just the closest for me. And she's looked like that since she was 16 :P
I prefer Hugh Laurie as Haymitch, James Marsden or Andrew-Lee Potts as Cinna, Lucas Till as Peeta, Drew Roy as Gale, Colton Haynes as Finnick etc etc.
Nina's the best for Katniss for me. I just don't see Daddario in the role.
I hope they don't ruin the movie, but since Suzanne wrote the original script, I have faith in it.

Well, if she has, then she's always looked older than her age. LOL. For me, she couldn't pass for 16 (but, then, a lot of the people they cast in teenage roles never look the age they're supposed to be) and I think she's, I don't know, sexier than the Katniss that I have in my mind. Daddario looks younger and more innocent and as long as they have her hair dark and get her to tan a bit, I think she'd look more like Katniss. Plus, according to her description, Katniss wasn't really supposed to be overly beautiful and only really looked it once Cinna and the prep team got a hold of her. But, like I said, I think it'd be awesome if they found a relatively unknown, maybe even brand new, actress to play her. I think your picks for Peeta, Gale, and Finnick are pretty much spot on, though.

I saw colton haynes as peeta and Jake gyllenhaal as finnick.

Harper wrote: "Well, if she has, then she's always looked older than her age. LOL. For me, she couldn't pass for 16 (but, then, a lot of the people they cast in teenage roles never look the age they're supposed t..."
Ha, Thanks.
Yeah, an unknown would be best. I just want someone....amazing.....
If they get Peeta wrong though, I'll be peeved. He has to make you love him...How they are going to show that he loves Katniss, and that hole aspect of THG without Caesar (who was cut from the script) I'm intrigued to find out.

Caesar was cut from the script! How did you find this out! and they can't do it without him! his interviews are important!

I know! How can Panem discover Peeta loves Katniss and the subsequent star-crossed lovers storyline :(
Suzanne said it in an interview

that was s dumb decision on her part to not include him! geeze, i thought that when the authors wrote the script they would do it well, but now im not so sure...

Katniss: some uknown actress, because i cant picture anyone playing her
Peeta: lucas till but only if u cant find someone better
Gale: Cameron Bright
Haymitch: Robert Downey Jr, hed be like perfect
prim: abbigail breslin
CLove: Dakota Fanning

ooo Robert Downey Jr. would be a good Haymitch!

And Caesar not in it? That makes no sense....
Him and Effie and the rest of The Capitol think that it's the best thing in the world to have kids go in an arena and kill each other for entertainment. It's what makes it even more disturbing.....
I'm not sure it's going to be a good movie. I would love to see it done, but done right. This isn't some Twilight Romance novel. (don't get me wrong I'm a fan of the Twilight books) but they really can't go in and try to water it down. It's what makes the books.

EW is doing a poll of who should be who in The Hunger Games film.
I love the writer. She took my suggestions for Peeta and Gale.
I still want Nina as Katniss though :P

Get your voices heard. It might actually get somewhere. After all, it worked for Rooney Mara :D

I think they should definately go with some unknowns in the key roles of this film. So many actors are already typecast and it would be great to some fresh faces in this incredible film.

For Katniss definitely. and they probably will.
The guys can be kind of well known, or up and coming, but the adults can be famous. It'll bring more of an audience to the film, get more money and increase the likes of CF being made.

Anyone think Hannah Marks would be a good Katniss? She's prety unknown, and 17. Her eyes are even so grey they look brown. 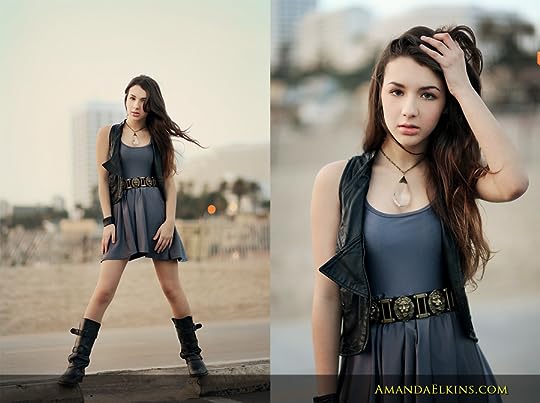 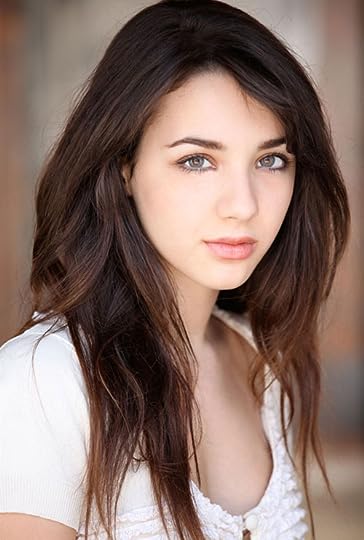 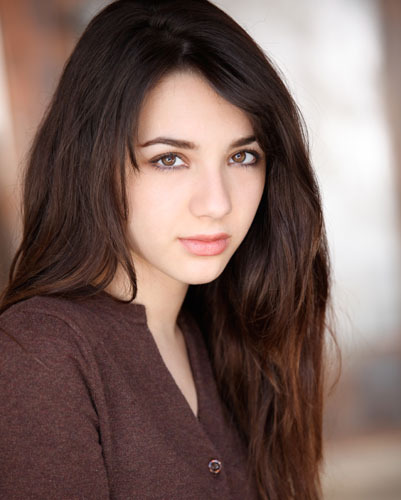 Mairead wrote: "Anyone think Hannah Marks would be a good Katniss? She's prety unknown, and 17. Her eyes are even so grey they look brown. "

Yeah. And she can sing too. :D

I think Hannah looks like a good choice..
I read that Chloe Moretz was a top contender and apparently they even considered Kristen Stewart... Chloe Moretz is what 13? She definately does not suit as Katniss and if they put Kristen I don't think I'll even bother watching :( They always stuff up the characters!!

It's only because she's a hot commoditie now. But I would love Chloe as Prim!

Yes the better choice! Chloe is a bit young for Katniss but I agree that if she was to be chosen for anything it would be as Prim. Shes to innocent-looking to be Katniss

Thank you! I felt like I was crazy for saying it.
She'd be brilliant as Prim!
She can pull of vulnerable and sweet, but like in MJ, she has a good head on her shoulders and can calm people.