Name: Ethan Grey
Age: 26
Appearance: [image error] *no wings*
Gender: male
Personality: serious, cold, hard to get
Crush: try if you wish
Other: good with a swoard, alex's brother, i might be killing him off

x3 i know right? i think lilly is so cute though, i like bringing a little kid in 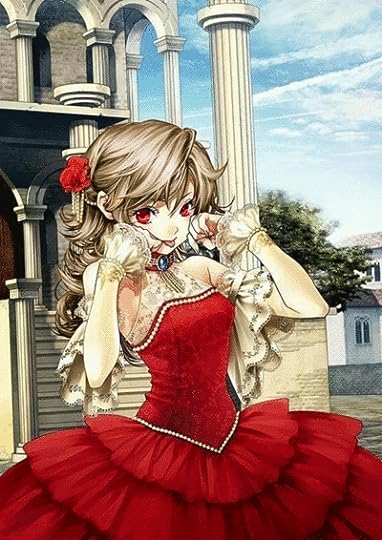 Gender:Female
Personality:Protective;loving,caring,and hard to get
Crush:Open but nearly impossible to get her to like you
Other:looks like a rpincess but really isnt

Personality: Early on in life, Alaric was in the military. Now he runs a small settlement for survivors of the apocalypse. Alaric is surprisingly tame for an alpha. He rules with a firm hand, if ruling is what you call it. His group is more like a democracy. People are given jobs according to the ranks above, and they work that way. That's not to say he isn't violent. If someone steps out of line, a trial is too long. Most men are taken into the woods and don't return. Left bleeding for wolves to get at.

Appearance: The Blone One, Here!
Alaric is - on first impression - slightly intimidating. He's tall with deep, accusing blue eyes. One of them is scarred around it. His hair is light blonde, and - though he looks thin - he actually posesses alot of power. Once you get past his scarred face and body (he has another long scar from his right hip to right calf) you might even call him harmless. And harmless he was, once, before everything fell apart.


Personality: Though she's younger, not yet out of highschool, the girl has an immense ammount of knowledge. Seeing as her heart was set on being a doctor early on, she began working early on to memorize as much medical knowledge as she could. That's not to say she only knows medical stuff. She's a well rounded and strong woman. She doesn't like to be proven wrong and is very independant when it comes to her work. She doesn't exactly approve of having a partner.

Appearance: Lise
Now, imagine a girl her size and eye color, but much, much less shy. Her hair is also black, tumbling in wavy tangles over her shoulders. Unless, of course, she has it up - which she usually does. She's usually found in a pair of torn, dirty jeans and a v-neck teeshirt, which is pretty rumpled after the whole world dying ish issue and all. She has a confident sway in her step, confident and feminine, I suppose. She's rather graceful on her feet though. Not one to stumble around, unless drunk, of course.

Name: Ashton Tuonic
Age: 18
Appearance: Go to college charries and Jeremy's pic i can't find the pic
Gender: Male
Personality: NS
Crush: none yet
Other: was raised by a dad only

Name: Grace and Kelly
Age: 15
Appearance: http://www.google.com/imgres?imgurl=h...
Gender: F
Personality: Grace: much like her name is graceful. She is sweet and a little but of a drama queen. She perfers bright, conservative clothes.

Kelly: Kelly is sarcastic, and blunt. She comes off a little mean but is really kind once you get to know her. She perfers dark colors with out there styles
Crush:
Other: