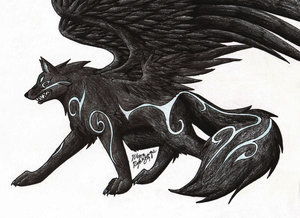 PA:
PA:He is very mean and ruthless. he could care less if 1 million wolves die at his feet. he is extremely good at fighting. he ambitious but not for power and is loyal to his clan.

History: Deathbite was born a pack wolf and was the runt of the litter. His father was mean and worked him harder than any wolf should be worked. His mentor was even worse. She gave him most of the scars he has. He grew up to be mean and big. Since he was small he was picked on too until he snapped. He attacked and almost killed the other apprentice. He is a bomb waiting to be set off.

other: dont annoy him.

PA:Brightstream is a very sweet wolf. She doesnt mind fighting but doesnt rele enjoy it. She is very shy too.

I luhv your charries Gray!

Mod
thanks:D most of them are mine from Cartle's group 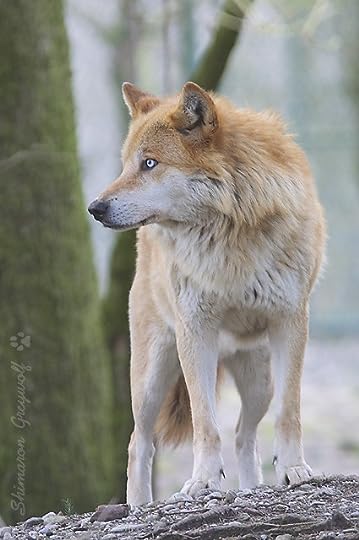 Personality: Quick and cunning, Morningmark is great with words, but that doesn't mean that she's a great conversationalist. She is very awkward in social situations, but she does have one advantage: She leads rituals very well. This is why she is the Pack's Medicine Wolf. She enjoys her job, taking it seriously and can get bossy with her patients and the people she has take care of them for her. She is extremely loyal and once you earn her trust, she will be by your side as long as she has strength to stand.

History: Morningmark was named for the time of day she was born, which is not an uncommon practice. Her mother was kind and raised her well, but was a free spirit and after raising her pups for a moon or so felt she had to leave. She left her pups in the capable hands of the Pack and was never yet heard from again.
Morningmark was not the best at fighting, but she loved medicine, and snuck around trying to find out what plant did what. When she was finally caught, she wasn't punished but made the Healer's apprentice. The morning after, when she was bathing in the orange light of the morning sun, something happened.
No one knows how, but the ends of her fur are now stained orange by the sun. When she became the Medicine Wolf, she was named Morningmark.

Special Skills/Abilities: Afinity with medicine; has a nose so acute she can pinpoint where herbs are growing and their quality. 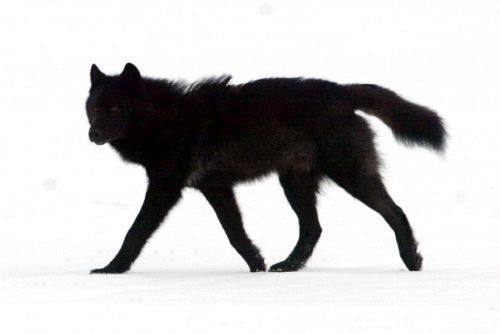 When she is singing during the Full Moon: 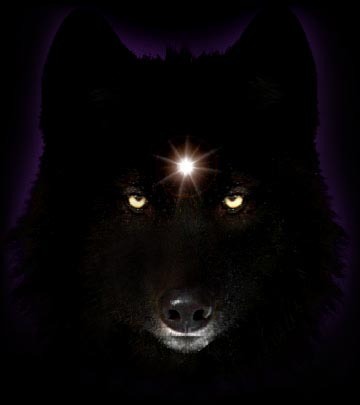 Personality: A kind and caring young leader, she only stepped up to try it out on herself. She's not exactly the most organized, which also makes her much less strict. She's not the best leader, but worth following.
She's also very, very level-headed. No amount of emotional tension can phase her: she's socially inept, and therefore able to handle pretty much any situation. Except intruders. For some reason, those get on her nerves the worst. She will brutally attack and kill most if not all intruders. She does enjoy their company at times though. As she once said it: "The Lone Ones can tell the most fantastic of stories." It is purely a matter of luck as to whether you will be torn to shreds or invited to dinner.
She's alos very formal, does not use contractions, and does not use slang in any way unless she is very angry.

History: Always an adventurous pup, Diamondfang was named for the white diamond shape on her forehead that slowly faded and disappeared when she came of age. She made it her point to be better than her packmates at everything, especially hunting. From the time she could walk to present, she has missed exactly two kills: her first two attempts. She's caught every butterfly, mouse, vole and deer ever since. Loving the hunt, she was allowed to lead it. Her name as a Huntress, Diamondfang, is one of her favorites. She boasts that her fangs are really as strong as the stone. The resulting challenge brought with it a chipped tooth. But it's fine, because the chip only made her bottom fang sharper.
Her pride and loyalty to her Pack was rewarded with becoming a Huntress when she was 2. The former leader, now an elder, said he was lucky to have such a successor. Glowing with pide, she took the change in position gratefully.

Special Skills/Abilities: Wonderful huntress; ability to make the wolves around her see, hear, and feel what she does.

Other: Has a singing voice every wolf seems to envy her for, and can incite emotions with the slightest of songs.