For the life of me, I cannot remember the title, the author (who I believe is male) or any of the character names!! It was most likely written/published late 90's to early 2000's. The book started with a bang where an old man admits to murder (I think sitting in front of a fireplace), then the story trudgingly moves on to his past to describe the lives/loves/trials/adventures of his group of young friends. I found the story very hard to get into and almost gave up on reading all of it! But, the plot starts to thicken where there is a love interest between the man and one of the girls. But, the girl's friend becomes jealous. I can't remember exactly what happened, but the first girl ends up in jail for a crime (and eventually dies in there). The twist at the end of the story is what TOTALLY made the whole book (and made it worth getting through the whole thing!!)! It turns out that the old man killed his wife who turns out to be the jealous girl because he finally found out that she had framed the first girl (the woman he really loved) for the crime she did NOT commit just to get her out of the picture so that she could have him (and consequently marry him). If I'm not thinking of some other book cover, I think the front cover was dark, maybe black and/or gray with waves pounding the side of a cliff?!?!? Has anyone read this story and can tell me what the title is? Thank you!

Could this possibly The Drowning People by Richard Mason? If anyone knows for sure and can let me know, that would be great!!!

Mod
I think we can move this from Possibly Solved to Solved, particularly since Sheri S. has left the group.

"My wife of more than forty-five years shot herself yesterday afternoon. At least that is what the police assume, and I am playing the part of grieving widower with enthusiasm and success. Of course I know that she did nothing of the kind....It was I who killed her."

With this startling confession of murder, James Farrell, the seventy-year-old narrator of THE DROWNING PEOPLE, takes the reader on a long journey into the past, a maelstrom of deeply buried secrets and betrayals, that reveals the ferocious, frightening power of first love. For it was decades ago that James and a young woman named Ella Harcourt fell cataclysmically in love -- and unwittingly set off a chain of events that would reverberate violently for years to come. 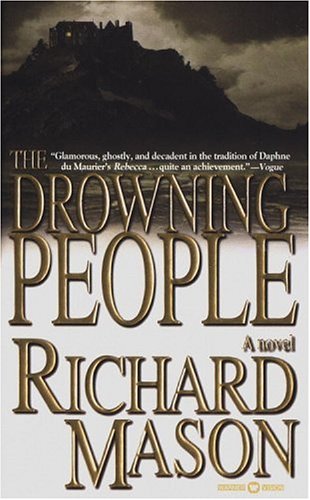