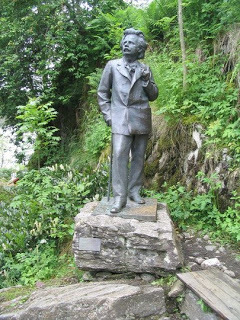 Where is this statue?
We don't hear enough about Grieg. Wonderful! 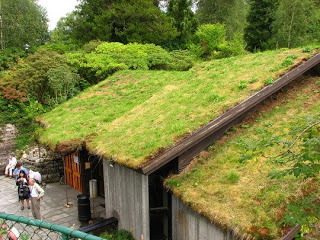 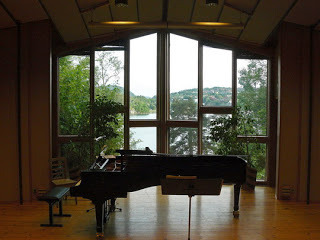 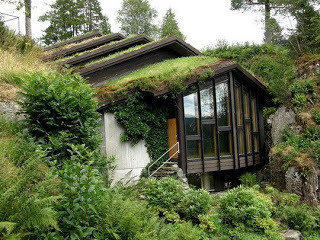 Troldhaugen was the home of Norwegian composer Edvard Grieg, located in his hometown, Bergen. His and his wife's ashes rest inside a mountain tomb near the house. The house itself and its surroundings are now a Grieg museum. Edvard Grieg himself called the building "my best composition hitherto", although the building was designed by his cousin, the architect Schak Bull. The name comes from trold meaning "troll" and haug from the Old Norse word haugr meaning "knoll". Grieg is reputed to have said that children called the nearby small valley "The Valley of Trolls" and thus gave the name for his building as well. In 1985, a small concert hall was built in the valley. Below the concert hall lies Grieg's small Composer's Hut. Grieg immortalized the name of his home in one of his piano pieces, "Wedding-Day at Troldhaugen", Opus 65, No. 6.

This is amazing, amazing. Barbara, we're going. Hector, thank you.

I have a CD with the Wedding Day... Thanks for the info and lovely photos, Hector.

Don't think I won't. My parents raved about Scandinavia and it's on my list, which is not actually so long.

Hector, you have done me a real service. (I must also see at least one of Beethoven's pianos. Do you have info?)

Barb, how about right after a reacquaintance with London?

Maria, you are right on target!! L& H can stay home and read!

The Norwegian pianist Liv Glaser said: "The Norwegian Academy of Music obtained a copy of a Walter instrument from the 1790s, and later bought an original Alois Graff from 1825. At a Chopin seminar in Geneva I met David Winston, who restores old instruments. He had restored Beethoven’s piano, among other items, and had an old Erard instrument." 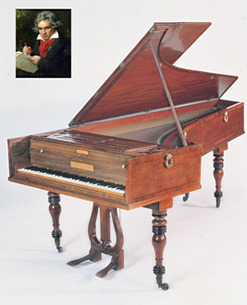 You can find it in the Hungarian National Museum.

Thanks again, Hector. You have given us some really nice information.

Wow, Hector! Thanks so much!