newest »
message 1: by [deleted user] (new)
May 06, 2015 02:14PM
Here is where you post your characters! You must first post characters here and get them approved, then we will put you as that character.

Here is the template, or you can use any template of your you want.:

Appearance (at least three sentences plus a picture which is optional):

Appearance: Violet is usually seen wearing fancy clothes, as her parents encourage her to do so. She does wear jeans, but always with blouses. Violet never has worn sweatpants in her life. Her family is one of the richest in her caste, and Violet has attended many tea parties or just parties. She appears to have skinny legs that are soft and are lustrous. Violet has beautiful brown hair the color of chocolate, with a bit of an ombre at the tip. It glows in the moonlight, her mother always commented. A strip of freckles cover her nose, but you can barely see it. Violet has a slender body, with no fat at all. Her eyes are brown, with a touch of gold in them. There is always some makeup on her face. Lip stick, eye liner, you name it. Violet doesn't like to leave the house without looking her best.

Personality: Violet is kind and will help people in need. Just because she has a rich family doesn't mean she isn't nice. She is loyal, and would never stray a group or tell a secret she promised to keep. Violet is trustworthy, a person you can trust. One time, her best friend, Layla, told her a huge secret: she had a boyfriend! Girls in caste four weren't supposed to have a relationship, for it was forbidden. Violet promised to keep it a secret, and she did. Sadly, they were found out by two guards one night, and they were sentenced to become eight's and received a whipping. This was the worst memory Violet possesses. She can sometimes be a huge drama queen and make a mountain out of a mole hole. Violet is an only child, so she can be greedy at times.


History: Violet was born on April 12, at 3:46 pm, exactly two weeks and 5 hours late. Her mother, Jenna, became very worried that maybe, just maybe, her baby wouldn't be born. But Mr. Lancing, John Lancing, kept encouraging Jenna, and in an hour, Violet came out, taking her first leap into the world.

John and Jenna cherished their "little surprise", as this was the first baby they could actually produce. They had tried many times, only to fail. Except once before. But that comes later.

Violet Ciara Lancing was a beautiful baby girl, with lustrous golden skin that glimmered in the light. She giggled, laughed, cried, screamed, threw tantrums, but none of this bothered the Lancing's. John and Jenna found ways to shush Violet, and making goofy faces was one of them. Eventually, Violet ceased to cry or scream, and she became an obedient little girl.

Do you remember when I said that Jenna managed to have another child before Violet? Well, if you don't, then check in the first paragraph, last sentence. This is a scar that still stands on the Lancing family:

About twelve years before Violet was born, a different little girl was born into the Lancing family: Genesis. She was the light, the sun, the everything to John and Jenna. Genesis was radiant, and they couldn't ask for a more perfect daughter.

Genesis grew up to be a beautiful girl. In less than a year, Gensis took her first steps. In three years, Genesis could speak many words. At five, she became top of her class. Genesis was better and brighter than Violet is. John and Jenna cherished their daughter, and they were a happy family.

But there is always bad luck in good luck.

At just eight years old, Genesis engaged in a car accident. She was playing on her scooter on the road when a car came speeding down the road. Genesis did not see it coming, but she did hear it. But not in time. Before she knew it, she was sprawled on the ground. Her parents found her hours later, as just a figure in the dark. They hurried her to the hospital, and in a few hours, the doctor reported that from now on, Genesis could no longer walk, and was deaf. John and Jenna cried and cried for their precious angel, and took her home a few days later.

Genesis became depressed, and soon, she became too skinny and ate nothing. Now, there was no light in her, pale as can be. Her hair, once bright with laughter and glow, was now damp with sadness. Genesis stayed away from other kids, and never went out. You'd think you've had enough with her? Not just yet.

A year later, Genesis had an asthma attack.

She was ten. It came on quick, and once again, John and Jenna rushed her to the hospital, only to find that their once little angel, was dead. It was a huge scar left on the family, and they buried Genesis in the cemetery the next street down. From then on, John and Jenna vowed not to have a baby until two years have passed. Now, little Violet was born.

When her parents told Violet that she had an older sister who had died, Violet was heart broken, but she moved on. Now, she is an exceptionally good daughter, who is healthy, happy, and above all, the best child that John and Jenna could ever ask for.

Mod
Sorry but I can't see her gowns and appearances.

Description: Blair grew up in a house full of peace. Her parents got along and rarely fought. Eventually, a new little girl was born: Blair's sister, Suellen. Suellen was a year younger. Suellen and Blair got along very well. They were both charming with light and happy personalities. One day, Blair's father died. It was fast and sudden. The small family was devastated. They entered a very deep form of depression. Blair refused to eat any type of food, no matter, and she nearly died too, becoming more and more skinny, if it weren't for the ball that the prince was to choose a wife. Blair rose from he ashes a newborn and decided to go. She ate more and more to make up for her lost weight. When she went, the prince fell in love with her and the married the next week. Blair's remaining family died because of a deadly plague. When Blair heard the news, she was devastated once again. But the past was in the past. She pushed it away and wore black for a year. Now, she is a happy person with an amazing family. 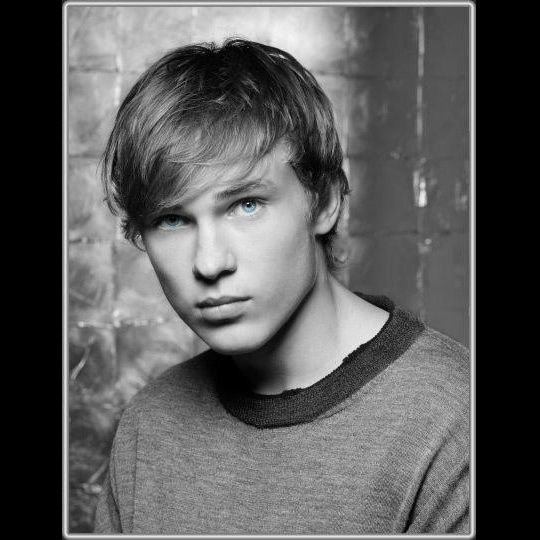 The only person you are destined to
become is the person you decide to be. 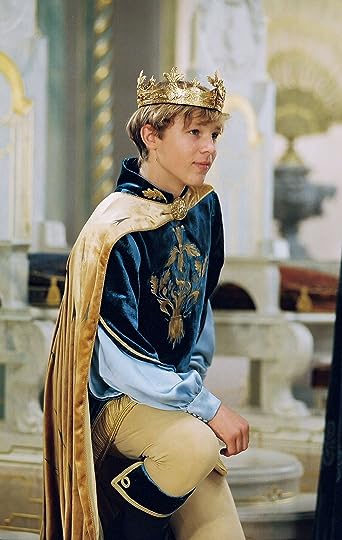 History: August was born on a hot afternoon in the summer. He was the first born and so the heir to throne. He was a happy child running around in the palace but he grew up fast. He started going to more lessons so that someday he would make a great ruler. Now is the time for him to choose his bride among thirty five girls from every region in the country. He just hopes he chooses the right one.