note: This topic has been closed to new comments.
8 views
Dancing with the princes > Rin---Adam 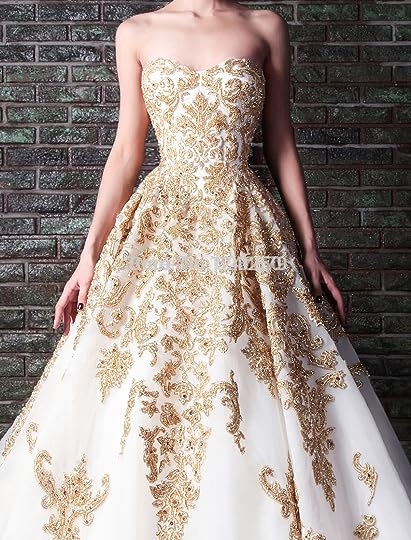 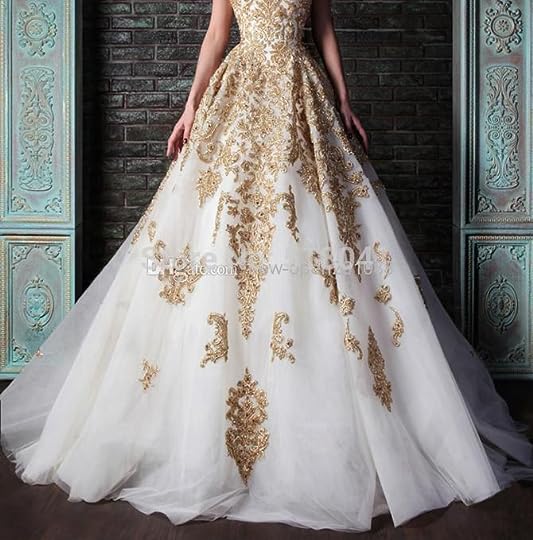 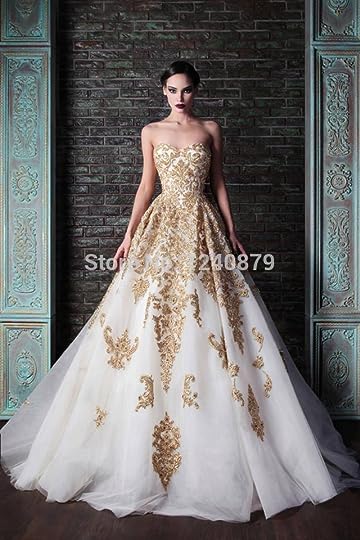 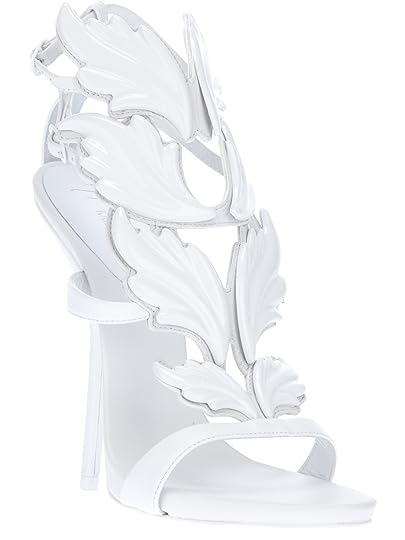 
Rin waited for the earth prince. Se hadn't met him but she'd been told that he owned a pet fox as well. She couldn't bear to leave Copper in her dorm, so she'd snick hum under her dress. He was trained to stay under the dress at all costs. as she waited, he rubbed his body against her leg. Rin had been told by a few other girls that she wasn't pretty. But she honestly couldn't care less. Beauty is only skin deep. It's who you really are that matters. In smiled as she recited what her grandmother had told her countless times before. And now to be wearing her great grandmother's dress, Rin was proud of herself and her family.

Mod
Adam came rushing through the ball room with Castiel beside him, running or chasing them was Adam's pet fox, Mirror and his wold pup. Adam not look were he was going crashed into Rin, with a swift movement he caught her ((they are in like a dance stand, when the guy drops the girl and catches her in his arms)) "Oh my gosh, Im so sorry, are you okay?"

reply | flag *
message 4: by [deleted user] (new)
Apr 25, 2015 02:34PM
Rin looked up into the earth prince's green ((are they green?)) eyes. She stood and brushed herself off. She curtsied low "Good evening your majesty. My name is Rin Sinkouji of the darkness realm" As she curtsied, Copper rushed out from under her dress an started yipping happily and running around Mirror.

Mod
((one is green the other is brown, the green one is blind. Go to the accepted characters if you wanna know more about that))
Adam and Castiel bowed in sink. "I am Adam Nikita of the Earth Realm"
"And I am Castiel Devonia of the Light realm" Together they said "Pleasure to meet you" Mirror yipped happily as copper circled him.

reply | flag *
message 7: by [deleted user] (new)
Apr 25, 2015 02:40PM
Rin smiled as she watched the two foxes play "Those two act as if they were litter mates" She laughed as Copper ran back under her dress to hide for fun from Mirror.

reply | flag *
message 12: by [deleted user] (new)
Apr 25, 2015 02:45PM
Rin blessed but laughed all the same "They're just animals. It's not like they'll look up" She picked up her skirts to reveal Copper an Mirror nipping each other with excitement.

Mod
"I hope not" Castiel and Adam said in sink and laughed at their twinning sentence. They seemed close, brothers almost.

Mod
"One of the family's I lived with owned a farm, they had a fox that had been stealing chickens so they laid a trap for it" Before he could continue Castiel spoke "And Adam being the sweet hearted guy he is, stayed up all night to save the fox, turned out to be nothing but a pup, Mirror. So he hid it in the family's shed and took care of it" Adam nodded as if saying 'its true'

reply | flag *
message 17: by [deleted user] (last edited Apr 25, 2015 03:02PM) (new)
Apr 25, 2015 03:00PM
Rin's smile neutralised. She hated animal traps "Well I was re-fencing our farm when I found Copper stuck in a trap. His leg was deeply cut and infected. He'd also passed out, probably from loss of blood" Rin frowned sadly at the thought "It takes about two days to get to the start of the fence on horse, so I couldn't go back. So I stayed a few days at that spot. I splinted Copper's leg and fed him. I had food, water and a tent, so all was good" Rin looked at Copper wistfully "But we couldn't release him back into the wild because he was permanently crippled. He can't jump as far as a regular fox"

Mod
Mirror whimpered as if he understood and licked Coppers leg sadly. Adam smiled sadly, Castiel nudged him. "Kinda like you, no offense" Adam shrugged "Non taken its true, I would have let the gaurd take my leg off to get you out" Adam said patting Castiel's shoulder.

Mod
Adam was going to say something but Castiel intervened "Best we not say, its a personal problem of my past which I prefer not to talk of" Castiel said giving a side look to adam.

Mod
Castiel gave Rin a look of sympathy "If you wish to share, be my guest, though I just said I wouldn't share mine so I guess that would be a little unfair"

Mod
"Jesus, Im sorry" Castiel said, his eyes widened when he saw Rin's scars, he nudged Adam who saw them too. "why shaving blades?" Castiel asks gently has he can. He had been through crap to and so had Adam, he hoped she knew she could tell them anything, even if they had just met.

Mod
"God" Castiel muttered. He felt terrible after all the shit he had been through, it seemed like heaven compared to that. Adam smiled sympathetically. "Hey, at least you don't have this" He said pointing to the scar on his face that ran from his cheek to his forhead, going through his blind eye. He said it sadly but in a joking manner trying to make her feel better.

Mod
Adam blushed as she lightly touched his scar "Same guy who gave me my limp and blind eye" He said. He glanced at Castiel who nodded. "I guess since you told us your story I will tell you mine" Castiel said in a hushed tone. "You know the story of the 5 realm war I presume? everyone does"

Mod
"Well, basically the other realms never killed Queen Devonia, they imprisoned her and her husband. They basically forced them to have a child, then killed them and so it went" Castiel sighed "Then there came me, it was decreed that I was to be the one who lived, though msot of my life I lived behind bars"

"and I was found when I was 3, if my parents were alive they were most probably killed, I have no memory of them. I was only aloud in the palace during court, and then I would play with Cas. When I found out 2 years ago that he was being imprisoned for a reason unknown to both of us, I tried to see him, only to have a fight with a guard"

reply | flag *
message 31: by [deleted user] (new)
Apr 25, 2015 04:12PM
Rin's face bore an expression of shock. What she'd been through was nothing compared to that "Why would the court do that? What did they hope to achieve?" Copper, sensing the tension in the room, approached Castiel and sat at his feet. His white fur made his amber eyes stand out as he looked up at Castiel. he approached Adam and licked his fingers.

Mod
Castiel and Adam shrugged in sync. "We have no idea, the princes don't agree with them, but they also don't disagree, at least Nico feels that way" Adam nodded, giving Copper a pat on the head. "Nico hates me" He said.

Mod
Adam glared at the ground. "He had his reasons, that are terrible if I do say so"

Mod
"haters gonna hate, hate, hate" Castiel sang under his breath to which Adam laughed at.

Mod
"Shake it off, shake it off" Adam sang along. Castiel smiled "My ex man brought his new girl friend Im like oh my god Im just gonna shake until the fella over there with the hella good hair wont you come on over baby we can shake shake shake" Castiel sang, breathing heavly after he finished. "My future career as a rapper has begun" He joked

Mod
Castiel and Adam laughed along with Rin, they felt like they had made a new friend, though no one could separate there love for eachtother. Adam cringed at the memory of when him and Castiel were 9.

Mod
Castiel grabbed Rin "NOOOO we have killed her, shes crying" He laughed jokingly.
"Adam!" A girl yelled as she jumped on Adam's back. "I haven't seen you and Cas in forever" https://s-media-cache-ak0.pinimg.com/...

Mod
The girl picked up the fox and cuddled it close. Castiel ruffled the girls hair. "Rin, meet Christian Seth, Nico's younger sister, who unlike him actually likes us"

reply | flag *
message 48: by [deleted user] (new)
Apr 25, 2015 05:59PM
Rin smiled at Christina "I see you're Copper's new favourite person" Copper yipped and liked her face.
((my brother just did a superman impersonation by jumping off the couch and landing face first on the table. I think i'm about to die from lack of oxygen. Im laughing so fricking hard!!)

Mod
((omg I can imagine that lol))

Christian laughed "Animals naturally like me, thats why I hang out with them" She said pointing to Adam and Castiel "They are my dogs" She joked