6 views
all things promotional > ENCODED a tech-thriller for the time! 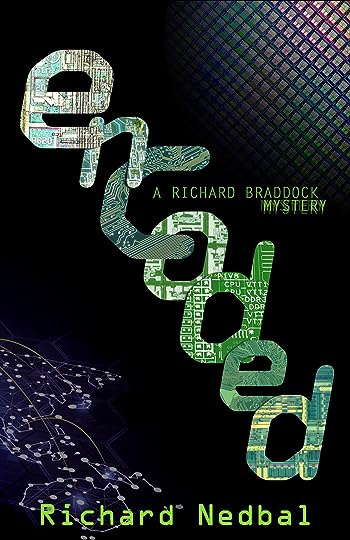 My Techno-Thriller called Encoded has been released. It's technical but no so much that you can't follow what's going on. Everybody today knows what a semiconductor chip is - right? Richard Braddock is a likeable but snarky retired PI. It's a fun book to read even though the premise is CHILLING! This could actually happen ... TODAY. Here's the text from the back cover:

Not even his wife knows that Paul Elliot, ex-military officer and now the president of the United States, fathered an illegitimate child during the Vietnam war. As a personal favor (and totally off the record), the president asks aging PI Richard Braddock to come out of retirement and find his daughter. No one, not even Paul Elliot, is prepared for what Braddock uncovers: A high-tech plan, ten years in the making, that will bring the United States to its knees without firing a single shot.

I have several reviews here on Goodreads and a few on Amazon that so far look pretty good. Give it a shot and let me know what you think. And please - leave an honest review.

And here's a link to the video:
https://www.youtube.com/watch?v=sCqeG...

found it on Scribd. shall definitely give it a go.

Thanks for the feedback. I hope you'll like it and leave a review.

The Mystery, Crime, and Thriller Group