Thank you for creating! 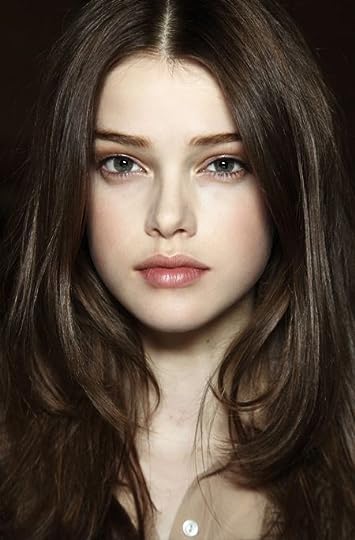 Renegade or Anarchist: Works alone for now until a side convinces her to join them

History: Her family felt she was too dangerous to be around, they abandoned her in the city at a grocery store. Joel has been living on her own since she was 10 and has tried to hide her power.

Power: Singing
something like a siren but when she sings words, the events actually happen
When she sings powerful notes they can blast through things

Just as long as she can't like, blow up intire buildings, she's good!

History: Izzy and Parker's parents were in a car crash. when they were 6, bounced from home to home until they got out of foster system at 14. they have been on their ever since then.

History: Parker and Izzy's parents were in a car crash. when they were 6, bounced from home to home until they got out of the foster system at 14. they have been on their ever since then.

Name: Kizana Sato
Age: 15
Gender: female
Renegade or Anarchist: Renegade
Power: can disguise herself as someone else
Personality: extrovert, arrogant, egotistical, drama club president at her school, clout chaser, wants to become a famous actress
History: she once wished she could look like Melanie Martinez and she did

(So I haven't read Renegades but is this the right type?)

Power: Can control fire and air, and has a perfect memory recall.

History: Her dad left when she was little; her little sister, Kory Becker, was born a few months after her dad left. Her mom married another guy, but Cate was too much for them both to handle, so she ran away and joined the Renegades. She would accidently remove all the air in the room when she was mad, or burn things down. She loves her little sister a lot, and they keep in constant touch.

Personality: She gets mad easily, but also forgives easily. Pretty sweet, but she is sarcastic and has a dry sense of humor. She laughs a lot, though, because she likes being happy.

Other: She's super skilled in hand-to-hand combat, and with a variety of weapons. Her go-to, though, is her magic.

Renegade or Anarchist: She doesn't really like conflict, but if asked she say Renegade

Power: shapeshifting. She mostly uses her powers to turn into various animals, but she can change how she looks.

Personality: she is often quiet preferring to watch and go unnoticed however once she knows someone she's pretty nice.

History: She's lived on here own for the past few years. She used her powers to survive.

"Quit acting like you're the ruler of the world. You're not."

"Shut up and stop pretending like people care about whatever stupid power you have."

Personality: Evan is snarky and sarcastic. He doesn't like the Renegades, and thinks of them as 'Annoying prodigies who think they are the best.'
Although he makes a lot of snide comments, Evan is actually very determined and committed to the Anarchists. He is strategic, loving coming up with plans.
Evan almost always gives off an aura of confidence. He knows his purpose, knows what he's doing. Evan hates talking about his past, however. He will smoothly change the subject if it does come up, avoiding the topic.

"I don't care if they think they're in charge. I'm taking them down."

History: When Evan was younger, he would talk to his shadow because other kids bullied him. He was always curious, and they teased him for it.
One day, Evan was walking home, talking to his shadow, when four kids bigger and stronger than he was, ambushed him. They tossed Evan into the sewer. Evan, only eight at the time, had no idea what to do. His knee had been cut open when he fell, and it was bleeding freely. He started walking, following the path of sewage water.
Evan tripped and fell into the water. The chemicals in the water found their way into Evan's blood via his cut, giving him his powers. Of course, he couldn't tell, but when he finally made it out of the sewer, he saw the kids again.
He wanted revenge. So, his shadow got it for him. The shadow fought them like a regular person would, but moving more fluidly and easily. It was then Evan realized he could control shadows. The sweet, curious Evan was gone, though. Instead, he was replaced by a determined, more confident boy who wanted people to be more responsible.
After learning he was a prodigy, Evan's parents kicked him out, leaving him to fend for himself. He stayed in the shadows for three years, joining the Anarchists when he was eleven. They taught him how to control his power, and how to fight. Evan has been living with them ever since.

Appearance: Evan has short, wavy brown hair that does not like to listen to the brush. He has blue eyes and fair skin. There are veins of shadows on Evan's cheeks, courtesy of his power.
Evan has an athletic build, due to his training. He has broad shoulders and a muscled back.
Anarchist outfit: black mask that covers the top half of Evan's face, save for his eyes, navy blue fingerless gloves, black pants, black shirt, navy hooded cloak, weapon belt, black combat boots

"I'm done with this conversation."

Yeah, I tend to make my characters very detailed

I am SO reading Renegades now.

Power: When he draws things, he can make them come to life.

Personality:He wants to help everyone, but knows that the Anarchists are bad.

History:His mom died when he was young. And so his four 'dads' raise him.

Other:He is the son of the makers of The Renegades 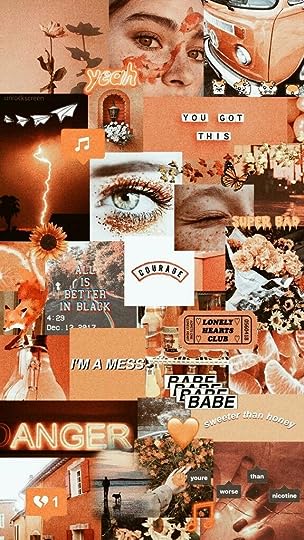 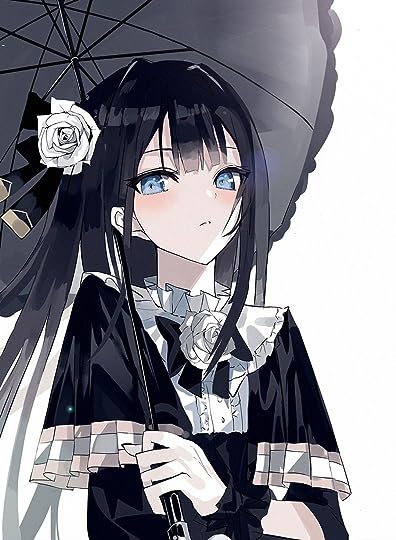 Distinctive Markings, Smell, and etc.: For some reason, always smells like hot cocoa and has a black and white ink tattoo on her upper right arm; 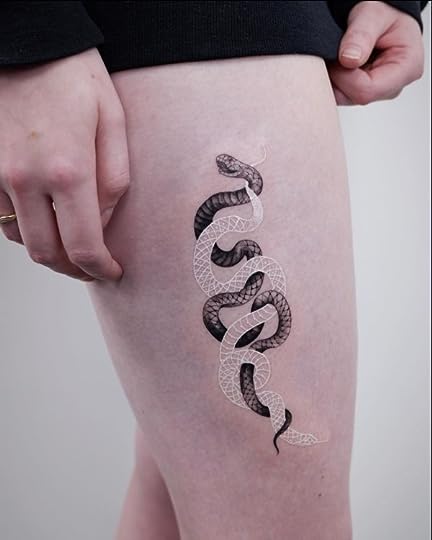 Dress Style: Ripped jeans, black leggings, muscle-shirts, sleeveless shirts, her black leather combat boots, her leather jacket (even on top of her uniform), and etc. Always has gum on her too.


Renegade or Anarchist: Daughter of two Anarchists but is a Renegade
Power: Dark Energy Manipulation (Feeds off of anger, despair, jealousy, and other negative emotions and thoughts; she basically calls those feelings to her in black veiny tendrils and sculpts them into weapons, or just charged beams. The compressed energy somehow glows darkness if that makes sense; it takes a bigger emotional/mental toll on her than it does physical, because even though she has to go through specific motions, she is also filled with those dark emotions, so she usually stays with rage since she always has that, and will stay away from misery/grief/etc as long as she can; not healthy at all, but it works for her)
Skills: Speed, agility, tech, and strategy
Weaknesses: She is EXTREMELY stubborn, has a short temper, and can get pretty violent if you piss her off; She also switches off off her emotions way too much resulting in many destroyed training dummies. She also is extremely resistant to change

Personality: Bella is very skeptical of those around her and is usually closed off, preferring to be around computers/technology and in the training room. She is more than a little too independent, and even though most think she's a double agent for the Anarchists, she holds her morals and values very high, and since she doesn't have a family anymore, that comes first; even before herself. She doesn't really have friends, for everyone seems to get the hint that it won't be easy and that she thinks they should stop while they're ahead. Something that she actually really likes about herself (She hasn't exactly focused on self-esteem, so she doesn't love or hate herself, but she doesn't exactly think she's amazing either) is that she will not judge you based on where you come from, what you look like, and etc. If you are honest and don't try to make her play games, she's fine with you. She can be very sarcastic as well, but she gives kindness and help where she should. She also still definitely has her pride and will not attack yours if you don't attack hers first. If you do? You're fair game buddy XD. She also absolutely loves bubble tea and candy

Playlist:
~ bury a friend
~ Legends Are Made
~ you should see me in a crown
~ Without Me
~ I'm A Mess

History: Bellatrix was born to Anarchist parents, and got an extremely destructive ability, so did her family think she'd turn out to be a hero? Not in their wildest dreams. As soon as she told them she wasn't happy like that... They turned on her, and the people who helped raise her didn't seem like they recognized her face. She ran away, was discovered by a couple Renegades, and was taken into custody for she had committed multiple crimes before with the Anarchists before she finally put her foot down. They listened to her and let her stay and train with them (barely), helping her become one of them and grow into a closed off but extremely loyal and determined individual. Of course it still hurts her, but if anything, it makes her even more furious at the people who she had once called her family.

Wow. Wow. WOW. That is some detailed charactering (Not a word?). Nice!

That is a very intricate character. Amazing work

Charlene wrote: "That is a very intricate character. Amazing work"

Personality: Rhys is very short, but she acts tough. She doesn't really smile much and but likes to cuddle up to people for warmth. She's just a cinnamon roll.

History: She never knew her parents and grew up beside people like her until they died from a war between the red demons and the blue. She was the only survivor.

Other: She likes cake and boba tea.

She looks so good!!!

Thanks Thomas! How are ya? Haven't heard from you in a while!

Ouch, you good? How bad is it?

An inch? Damn, what did she do?

Glad that you're okay

I mean, if you're sure