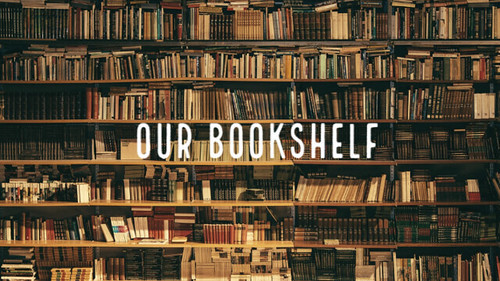 Everyone can add indie books to the bookshelf, just try to list the genres for the books added so that others can easily browse. :)

I'm curious about your discovery process for indie books....

Haha, well this is a nice collection, but what I'm really asking is how you locate indie books--do you go by friends' recommendations, or are there certain sites you visit, etc.

Mod
Francesca wrote: "Haha, well this is a nice collection, but what I'm really asking is how you locate indie books--do you go by friends' recommendations, or are there certain sites you visit, etc."

A lot of these I'm finding on Reedsy or other indie book communities. I also follow loads of blogs on Wordpress, haha. I'm trying to get them all in one place here. ^_^

Mod
Some new additions to the bookshelf!

Another good indie book is The Seclusion by Jacqui Castle. It's a dystopian novel about a walled-off America. I'll post a link below! :)

Mod
Abby wrote: "Another good indie book is The Seclusion by Jacqui Castle. It's a dystopian novel about a walled-off America. I'll post a link below! :)

Oh that looks fab! Thanks for the rec! :)

Continents changed by global warming, discrimination is no longer based on gender, colour or sexuality, a blood group is targeted by the government, it is tied in with magic and myths

Continents changed by global warming, discrimination is no longer based on gender, colour or sexuality, a blood group is tar..."

That sounds fantastic! Thanks for linking :)

Mod
I've added a bunch of new indie books to the shelf - check them out!

I've been wanting to read so many of these for so long!

Book Title: Scary Stories to tell your children in the dark


Synopsis: The book is a collection of several short stories about horror. These stories are inspired by real life events.

A short story from the book: In the middle of the night in December, a person driving a car on a desolate highway finds a lonely woman asking for help. The person stops the car and asks about her problem. She says that she lives in a nearby village; her husband had left her there 2 hours ago when they were returning from the town on a motorcycle. He said he would return soon, but never back until now. She wanted to return to the house as soon as possible and consult about her husband. The driver agreed to leave her at home. The woman sat on the driver's left side and he began to drive the vehicle. They spoke for a few minutes, then silenced. About half an hour later, the man asked, "how far away is your village now"
He didn't hear back from his left side. He repeats the question and then turns his head towards the woman. He was astounded to discover that the lady had been disappeared.
The vanishing spirits have been a popular subject for the tales of ghosts found across entire India. Many people claim that they found a person disappearing mysteriously from their car.


A link to published edition: https://www.amazon.com/dp/B08QGZ2BZ8

"The Last of the Time Lords" is the first book in a trllogy.

The story follows different aliens, a bounty hunter, a gypsy, a witch, an ice princess and a starlight bender. In their search to achieve their goals, their roads meet and intewine whether they want to or not. What they soon come to realise is that no matter what they want, the universe has a different plan for them.

The Chain Between Worlds has so far been well received, rating quite highly (4.9 on Goodreads at the moment as well as sitting quite highly on some popular lists on listopia), but unfortunately I haven't had the reach to get it out there to the readers of the world. If you love Fantasy novels you'll love my book. It's got mystery, adventure, twists and turns, betrayals (*gasp*) and of course romance.

At the age of five Lincoln was abandoned inexplicably at an orphanage by his father with nothing but a promise to return and an old wrist chain. 11 years later when seemingly ordinary 16-year-old Lincoln runs away from yet another foster home, heading to his favoured spot in New York City, he is attacked by a dog, a monstrous three headed dog the size of a truck. Becoming marked, a string of attacks follow, only ending when he is saved by El, Ben, and AJ, a group of enhanced people known as Ascendants. Discovering the world is not as it seems, with Sorcerers, Nature Spirits and demonic monsters all hiding in plain sight, he learns that he is a long-lost Ascendant himself; discovering that the chain his father left him was at the centre of a conspiracy that resulted in his abandonment and his father’s subsequent disappearance.

The Chain Between Worlds
Johnathon Nicolaou