Mod
This is where you create your oc if you want to be a Peasant. Here's the outline for your characters. Have fun! (Also, I would like to approve them before people start roleplaying them if possible)

Who are they loyal to: Neutral (Currently, she has the possibility of being swayed to either side)

Peggy is kind and quiet, like how she's supposed to be. She does her best to carry out orders swiftly without saying a word, no matter how strange the demand may sometimes be.


Name: Alvina (Apparently this can translate to elf-friend, so I thought it was perfect XD)
Nickname: Kolvar calls her Al, but if anyone else does, she'll smack them.
Age: 16
Gender: Female
Creature: Human

https://www.lorealparisusa.com/beauty...
(Like this, but with black hair at her roots and almost halfway down. She also doesn't have any nose or ear-piercings)

Job/Occupation: Handmaiden, and somewhat of a friend, to Queen Eiriell. And best friend to Prince Kolvar.

Who are they loyal to: Most likely the Royals, but she might be able to be swayed, as long as Kolvar and Queen Eiriell don't get hurt in any way.

Alvina has a quirky and sarcastic personality, which makes her and Kolvar great friends. They'll both play random pranks on the castle, and spend any free time they have together. She has a hard time being quiet, and will sometimes speak her mind, at least around Kolvar and some of the other servants.

Name: Elsie Page
Age: She's immortal
Gender: Female
Creature(human, gnome, etc.): Fairy
Appearance(image or link): https://www.pinterest.com/pin/6151636...
Job/Occupation: She is one of America's most loyal servant, though America refuses to see her as one. So, she is more like America's friend on the whole. Mostly, America sends her to the village to communicate with the people there, taking in the quaint scenery with her magic so that America can experience the life there without going there herself.
Who are they loyal to(Royals, Rebels, Neutral): Neutral
Personality:
Elsie is sweet and playful. She is a ray of sunshine and often cheers everyone up. She loves going outside and is very lively. She has deft little hands and is really observant - nothing escapes her sharp eyes! She interacts with animals frequently and she has a bird-like voice that even makes the plainest tunes sound melodious.

Who are they loyal to(Royals, Rebels, Neutral): Only loyal to princess Athena, other than that he is neutral but is leaning more towards the Rebels

Personality: He's shy but also very sweet. He loves to give others gifts, especially Athena. He is very sweet and energetic. He's one of Athena's closest friends. She even considers him her brother, However, that sometimes causes problems when he and Athena are in a room with other royals, because he is supposed to just serve her and not be her friend.

Other: He doesn't talk since halflings don't actually talk

Who are they loyal to(Royals, Rebels, Neutral): Neutral

Personality: Very responsible. Huge sense of humor but you wouldn't know he was making a joke unless you knew him very well. He doesn't smile too much but when he does his whole face brightens up. he's a very proud sprite and will talk about his history for hours.

reply | flag
message 12: by [deleted user] (new)
Jul 21, 2020 08:58AM
Name: Deva
Age: 16
Gender: Female
Creature: Shadow-wraith, but she's taken human form
Appearance: https://pin.it/2370ae4
she usually wears a simple purple-and-black dress
Job/Occupation: Handmaiden to Anassa (the Elven Heir)
Who are they loyal to: Currently Anassa (just her, though - she doesn't care about the other royals.) She could be persuaded to the Rebel's side, but at the moment she's loyal to the Dark Elves
Personality: very loyal to the Elven Heir; she's a close confidante and a companion to Anassa. She is clever and observant, and when on leave, she slips out of her human body and runs free in shadow-wraith form. She has a close understanding of life at court, and has a wealth of knowledge should she choose to join the rebels.
History: Her entire family of shadow-wraiths were born in service to the Elven Royals. Most of her family didn't really care for the royals, and the royals didn't care for them - but Deva was chosen to become handmaiden to Anassa and soon learned that Anassa treated her servants differently. She became a close confidante and companion to the Heir and as of now is very loyal to her.

reply | flag
message 14: by [deleted user] (new)
Jul 21, 2020 09:03AM
Thanks! I was wondering, should we have a nobles category for characters? Like ladies-in-waiting? Because they were usually noble women who were chosen to accompany the royals.

Mod
Oh that’s a good idea! When I get the chance I’ll do that!

Job/Occupation: Baker/Seamstress in the village and sometimes in the castle

Who are they loyal to(Royals, Rebels, Neutral): Rebels

Personality: She is friends with Arche and is their main interpreter as well as one of the only people to hear their real voice. She teaches Meldinian sing language to rebellion members and spies on the royals. 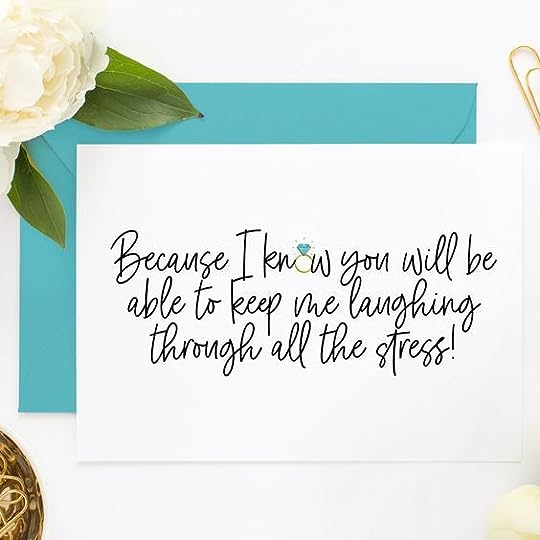 Sweet, playful and kind, Elsie isn't the normal stiff rule-following handmaiden you might expect. True, with her bright smile and twinkling eyes, one hardly sees her as a handmaiden; in fact, she's America's best confidante!

Being one from the fairy colonies, Elsie is full of sunshine and she brings the wonders of nature into America's dull life. During America's long days, she would come back with her arms full of wildflowers, braiding them into America's hair deftly, her clear voice capturing the alluring melodies of the nightingales. Because of Elsie, America's life had been rather colorful. With flowers, breezes, laughter and melodies.

With America as the fire, Elsie is the cool wind that calms her down during one of her tempers, the soft breeze that soothes her during her saddest moments, the persistent gale that worries every time for her safety. Elsie is the one you would laugh at and at the same time admire her for her resilience. She is the one America cannot live without and their bond is unimaginably strong. Without one another, their hearts are merely barren deserts.


~ Life is too short for you to be anything but happy.