note: This topic has been closed to new comments.
13 views
Writing Challenges > History: If You Were There Competition #1

History: If You Were There Competition #1!!

Have you ever considered history and wondered what it would be like to actually be in that scene yourself? Perhaps you're a gladiator fighting for your life in a Roman amphitheater (the Colosseum), or you're currently in a raiding party of Vikings (or being raided by them). Or you can even imagine yourself in a Bible scene, but if you do this please provide Scripture evidence and be as accurate as possible. Don't make stuff up. Whatever is happening, imagine yourself in this scene and write about it.

1. Same rules throughout the group matter here too.

3. Please have a title or something that lets everyone know what time period your scene is in. (Example: Ancient Rome--title)

Start early to get your posts in on time!!

© There will be no stealing of anyone's stories/work. We should all be mature enough to respect that if we are entering a contest. © 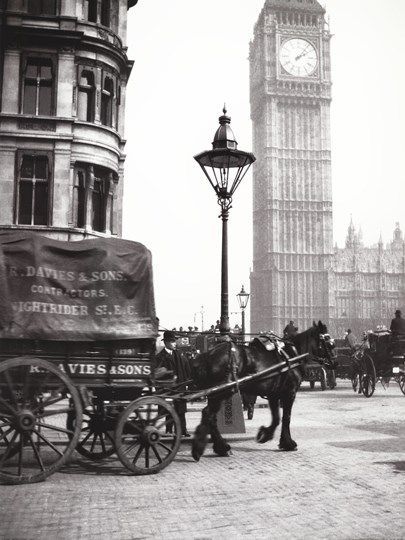 Holy crud, this is a fantastic idea!!!!! *Starts scribbling away*

These short word counts will be the end of me! Actually, I'm just kidding. It makes me work harder and it is honing my skills for editing a story. It's amazing how fast our brains get into ruts and don't like to be pushed out.

I realize that you want a time and context of the story in the Title but part of the impact of the story is the surprise of when it takes place, which I make quite clear nearer the end.
However, I did keep it under 1000 words. So do I get a cookie for that?

Are you sure we can afford it, Dear? Things haven’t been going too well at the store.”

“Yes. I’m positive. In fact, I think not only Sarah should go to the Salon, but I think we should pay for Anna as well. The two of them have been inseparable since they were 5 years old and soon they will have to be separated for a long time when Sarah goes away to University and Anna has to stay behind. This dance is the last one they will ever go to together, they each have a young man to escort them, new dresses and a last chance to have an evening of fun together.”

I decided to give in to my husband (because I wanted to) and if he thought we could afford it, I wouldn’t disagree. It’s true our family bookstore had been doing poor business in recent months, but Micah said it was only temporary because of the current political climate. Steppmeyer Classic Books had been in business for almost one hundred years and I’m sure would be for another hundred.

The following morning when Anna came cheerfully bursting into our kitchen as she had for the previous 13 years, we revealed the surprise to the girls together to their obvious mutual delight. I had often gone to Madame Espere’s Hair Salon through the years, but neither of the girls had. Our daughter, Sarah because she wasn’t overly concerned with her appearance and her best friend, Anna because her family couldn’t have afforded it.

I was putting on a thick shawl to keep out the November chill when the giggling, chatting girls suddenly got silent. I wasn’t sure what the problem was until my diplomatic husband stepped in to smooth the situation.

“Esther. I’m sure the girls can go by themselves,” He responded with his warm voice.

Of course. They didn’t want me coming along. This was supposed to be a special day for the two of them to share as friends. Almost a right of womanhood. I felt a bit deflated but found other things to occupy my time as the day wore on. I spent the day doing ordinary things, but I knew in my heart this would be a special day the girls would remember their entire lives.

By late afternoon my husband was already home from the bookstore and my mother-in-law and Anna’s mother had also gathered in our living room. But as time wore on, we all became overly conscious of the ticking of the mantle clock and constantly glancing at it. Finally Micah rose like a bear from his favorite chair and announced that he could wait no longer and was going to go to Madame Espere’s and hurry the girls along. Their escorts were due to arrive soon and they still needed to change into their dresses.

I wasn’t worried because I knew how long Madame Espere could take and also how long the girls could chatter without realizing the passing time. But after another 30 minutes both the boys had arrived and Micah had still not returned home with the girls. My stomach had turned into one big knot, but when Micah walked in and I read the look on his face, I ran to the bathroom to vomit.

My husband joined me in the bathroom then maneuvered me into the parlor with everyone else, but once I was seated it was to me he spoke to directly.

“Stay calm, Esther, but the girls didn’t get their hair done at the Salon today.”

Anna’s mother jumped up and almost screeched at him, “Then where have they been all day?!”

“Madame Espere had refused to serve them, Anna got upset, ran out of the Salon and Sarah rushed after her," was Micah’s short, succinct explanation.

I tried to picture it in my mind several times but my brain was spinning and I just couldn’t make any sense out of it. Like a tornado of mental nonsense.

“Why after all these years would Madame Espere decide not to take our business?” I pondered out loud.

As the look on my face became even more puzzled and worried, he took a big breath and said,

“She didn’t refuse to do both their hair. Just Sarah’s. Madame Espere says that the hair of a Jew is infectious and if she has any more Jewish customers they will shut down her Salon.”

So there it was. This “passing political atmosphere” that everyone kept referring to was here to stay. That maniac Hitler would be accepted, followed and even embraced. But at that moment I could care less about politics or Hitler. I just wanted my daughter and her sweet friend back under my roof and safe in my arms.

Just as my husband and the young men were getting warmly dressed to go out and look for the girls, we heard a loud crash. Then another and another. And as rocks started flying through our parlor window, everyone fell to their knees on the floor. Except for me. I didn’t know what was happening, but I did know that my daughter was out in it and I was going after her.


But it was Micah that spent the entire night systematically walking through the evil and chaos hunting for the girls. He found them near dawn laying under a large bush they used to play hide and seek under as little girls. Their arms were tightly wrapped around each other’s naked and bloodied bodies. The soldiers who had brutalized them had allowed Anna to leave because she wasn’t a “dirty Jew” but a decent German, Christian girl. But she had refused to leave. And the friends faced that horrible night the way they had faced everything else. Together.

That night also saw the destruction of Jewish homes, shops, stores, schools and synagogues. Even history remembers that “special” night. “Kristallnacht”. The Night of Broken Glass.

by Laura-Lee Rahn
For more about this Event follow the LINK.
https://en.m.wikipedia.org/wiki/Krist...

These entries are stunning, you guys! And I realize I'm strict with the word limit, but it's mostly just to keep from going overboard so nobody has the time to read them, that sort of thing.

I'm all for rules. No matter where you write or who you write for, even if it's your own book, there are going to be rules. Gee. even Grammar is a bunch of rules. Don't sweat it.
I've been writing just what I feel for so many years that it really is helping me get my brain into shape. A bit of a mental workout. But very few people LIKE exercising. We do it because it's good for us.
We will obediently follow your rules because, ... YOU ROCK!

Thanks, Laura Lee! You're awesome! And thanks for this wonderful idea!