Name: Hollis Elender
Age: 18
Gender: female
Personality: short-tempered(because of her zombie side) and secretive
Appearance: long black hair with brown tips. red eyes(because of her zombie side) mostly wears black sometimes camo
History: she was bitten by a zombie but someone gave her a cure. the virus had already infected her but the antidote had stopped it from spreeding so she is half zombie.

Name: Benji Carivo
Age: 18
Gender: Gender-fluid.
Preferred Pronouns: It changes.
Personality: A bad*** who doesn't trust easily. Don't get on his/her bad side, or you'll have a very personal conversation with the sharp end of a spear.
History: Learned how to survive on his/her own because he/she grew up with neglectful parents. Was bullied throughout middle school and high school. Didn't plan on going to college. Got in trouble a lot for graffiti.
Other: Biologically female

Mod
Name: Nicholas "Nick" Brown
Age: 17
Gender: Male
Personality: Shy, Strong and Smart. Bit of a nerd, and likes to try and make new zombie-killing weapons.
Appearance: Skinny, Medium-length Brown Hair, Ragged Lab Jacket.
History: When the apocalypse began, he abandoned his family, and he is desperately trying to find out if they are alive. 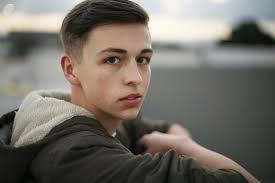 It's not they/them. The pronouns change depending on how he/she feels.

Personality: Blind. Scared of zombies and the thought of being one of them. Wants to hide in a safe space until the apocalypse is over but ventures out to get food. Has to memorize the sound of zombies to know they're coming. Can hear very good. Listening to his music calms him down.

Appearance: https://i.pinimg.com/736x/19/01/6c/19... Small with grey eyes because blindness. He grabs random clothes and can't see what colors they are, so he could be dressed in anything. Uncut hair.

History: Became blind when young and wasn't taught brail, so he can't read anything.

Weapon: Has walking stick so he doesn't walk into stuff.

reply | flag *
message 10: by [deleted user] (new)
Jan 23, 2020 06:18AM
Name: Clair Bane
Age:20
Gender:Female
Personality: kind, sweet but also badass
Appearance:https://www.pinterest.com/pin/1221602...
History: She grew up in a small town in Alabama when the apocalypse began. She came home from work to find her parents zombies she obviously had to kill them. Since then she’s been shy and alone.
Weapon:two edged sword
https://www.professionalpensions.com/...
Fighting staff
https://old.officialpsds.com/thumbs/F... 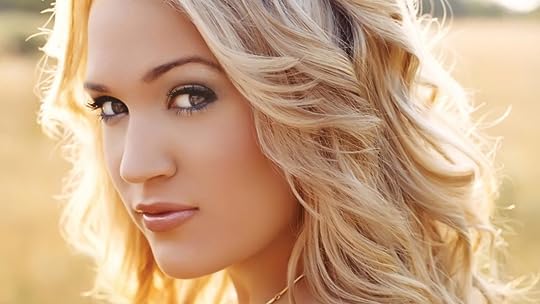 History: She was raised in Mexico. Her parents were drug addicts. She took care of herself and her younger brother who later was killed by a shooter. She was then cold and serious, never caring for anyone other than herself.

Personality: Very feisty when it comes to her beliefs. She speaks her word and isn't shy at all. She loves to dance and be wild. She can get very hangry, (Hungry and Angry) So don't mess with her when she doesn't get food.

Appearance: Light brown hair with vibrant green eyes. Few freckles along her face. She usually is wearing ripped jeans and a t-shirt.

History: Her parents died when she was young and hid during the apocalypses. She doesn't know weather she wants to be a zombie or not.

Name: Circe Blair
Age: 17
Gender: female
Personality: She's a stone cold abrasive heck, until you find out she's actually a sweetie and she's just doing that because she can't interact with people normally because oops.
Appearance: Long black hair, olive skin, grey eyes, freckles. she kinda small tho. short bab.
History: Lived in greenwich connecticut, wealthy family, an older brother and a younger one. Two parents who didn't actually love each other. Everything was actually pretty okay, until the zombie stuff stared happening and everybody absolutely flipped the heck out. She grabbed a train and got off in manhattan, and she found her way over to where everyone else is from there.

Name: Sophia
Age: 19
Gender: Female
Sexuality: Bi-Sexual
Personality: Quiet, Sweet, Social
Appearance: https://i.pinimg.com/474x/e1/f6/84/e1... ((Without the horns))
History: She's been a lone wolf all her life, and she feels the Zombie outbreak was partly her fault. She doesn't know why tho..maybe it's the fact that her father was the cause of all this...

Did I just make a strong pan Dominican mom for everybody? Absolutely yes. Am I sorry? Never.

Forthencho Pacino’s Gal wrote: "
bold>“To get a rose you must respect the thorn.”

Um, that's my template, I would really appreciate it if you at least gave me credit for it please ^^

Forthencho Pacino’s Gal wrote: "Oh yeah sorry I meant to do that when I finished the character. That was in my plan"

Alright, thank you. I don't mind if you use it, I just took a while making it, so I just wanted to make sure :)

Can I do a sentient robot from another apocalypse RP

Name: Lillian Grey
Age: 17
Gender: Female
Personality: Quiet yet hot headed, but used to be spunky before the apocalypse ruined it all.
Appearance: Curly brown hair and green eyes with freckles. She’s short and stout.
History: Was hanging with someone during the apocalypse and they said they had never been bitten. they lied, and she had to kill them. now she doesn’t trust people that much.

Name: Talon Marie Davis
Age: 27
Gender: Trans Male
Appearance: Long curly hair- and a LOT of it- like so frickin much. He hates it but he hasn’t had the tools to cut it off yet, so he deals with it. He’s got dark brown skin and almost black eyes. He’s typically seen wearing old Tshirts and button downs.

Personality: He’s super genuine and kind, though sarcasm and dark humor tends to go over his head.
He faces a lot of challenges, as he’s been attempting to transition after the beginning of the apocalypse, so he’s doing his best with what he has (which usually isn’t the safest...)
History: He grew up with a sad excuse of a father, but a loving and kind mother, though he practically raised himself.
Both of his little sisters were killed early on in the apocalypse, so he kind of just wanders cities with a vengeance, and hasn’t found a place to settle yet.

₱ɆⱤ₴Ø₦₳Ⱡł₮Ɏ: August always tries to make the most of any situation. He's one of those people who tend to try to crack a joke or lighten up the conversation no matter how bad things might be. August loves his friends and will protect them with his life, and will even die for them if he had to. He's very outgoing and friendly, but is pretty argumentative about topics that he's passionate about.

Sure! Currently, my character Benji is in the Empire state building with Circe, but I think they're about to go back to camp.

Alright, sounds good. Where do you want me to comment then?

Wherever you feel like. I'm one of the people who don't mind other people just kinda jumping in. Mainly because I do it a lot myself.

Yes. All characters are approved.

73-BBL3 (Pebble)
2 months
none (they\them)
panromantic asexual (robot w/ feelings)
Personality: sometimes doesn't realize the emotional impact of their actions or snark, takes longer to get attached to people, can come off as snobbish and rude sometimes. intuitive, genuine, honest, generous, wise, if they imprint on someone they're extremely loyal to that person.
Appearance: dark grey, slightly metallic skin with glowing ridges (green, purple, or blue depending on what part of their code is active) outlining their face and body, eyes are simple black 360:180:90 (half sphere) cameras, skin shimmers green where it's touched, s m o o t h (if ya know what i mean) which I'm sure some irl nonbinary pals would appreciate, no hair duh, fingers and hands have touchpads with extra sensors and grip control, cooling and heating systems, no need for food but sometimes batteries could be helpful on a cloudy day, pretty anatomically correct otherwise, not actually that physically strong, but durable and good for storing info, they do have thoughts tho, and sort of feelings??? they don't really have clothes, but that's just bc why would a robot?? need?? clothes????? if they did, it would probably be green (their favourite colour) and sensible. their skin is synthetic and made of a blend of metals wove on a molecular level (I'll do some research and get back to you on which ones.) they're technically waterproof but ingesting liquids could be minorly damaging to their memory drives.
History: "This robot was completed and programmed over the course of exactly 96 days by Freddi Jupiter, Survivor. I will now leave to collect supplies. If you find this robot without me (female 17, African-American, buzz cut, elaborate tattoo) then it is bc I am infected or otherwise inconvenienced. Caution: This robot may develop complex emotion and think as a result of its programming and machine learning capabilities. If so, treat them with respect and acknowledge their sentience as equal to any human." -the automated message that plays when Pebble wakes up.
When Pebble woke up for the first time Freddi was nowhere to be seen. They're currently searching for her, and are continuously delayed by all the dumb***** they keep collecting along the way.

Name: Lavender
Age: 9 years-old
Gender: Female
Personality: Quiet, Shy, Skiddish
Appearance:https://i.pinimg.com/originals/e4/67/...
History: Lavender was only 3 years old when the outbreak happened, she watched her parents die trying to protector her. She wondered the streets as people were panicking, some falling and being eaten in front of her eyes. Then Sophia found her and took her in, Lavender always had a close relationship with Sophia she sees Sophia as a sister even a mother at times.